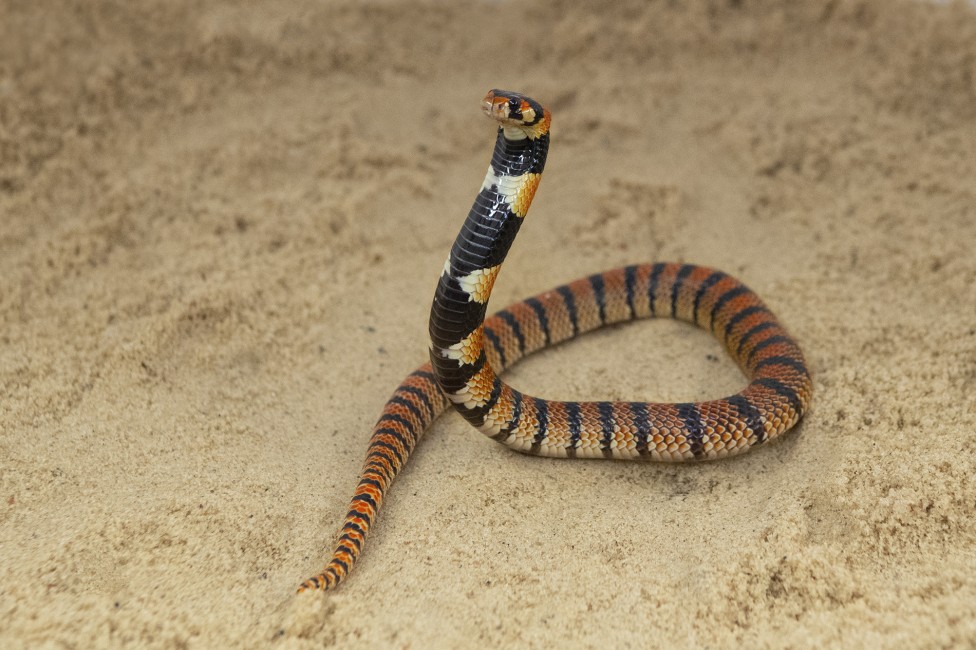 The Cape Coral cobra (Aspidelaps l. lubricus) is no cobra at all. It is, however, a fantastic actor. This relatively small species of snake rarely exceeds two feet in length, but what it lacks in size, it makes up in performance.

The Cape Coral cobra prefers to stay hidden to defend itself from predators in southern Africa. When it is confronted with potential danger, the show begins. Like a true cobra, the Cape Coral cobra lifts the front of its body high off the ground. It does not have a hood like a true cobra but flattens out its neck to look as large as possible. The display is accompanied by loud, threatening hissing. If this is not enough to make the would-be predator back down, the snake will repeatedly strike at the attacker. Though it is from the elapid family of venomous snakes and related to true cobras, its venom lacks in toxicity compared to its more well-know cousins. The striking behavior is also an act — often the snake will keep its mouth closed and continue with its noisy hiss. The spirited display makes the coral cobra appear threatening and causes predators to think twice before taking on a little snake that looks like a deadly cobra.

The snake pictured above is a young male Cape Coral cobra that is still growing. Once he reaches adult size, he will be on exhibit at WCS’s Bronx Zoo World of Reptiles. 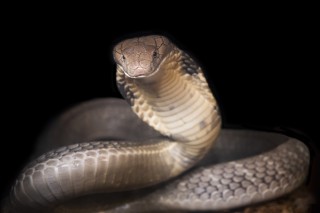 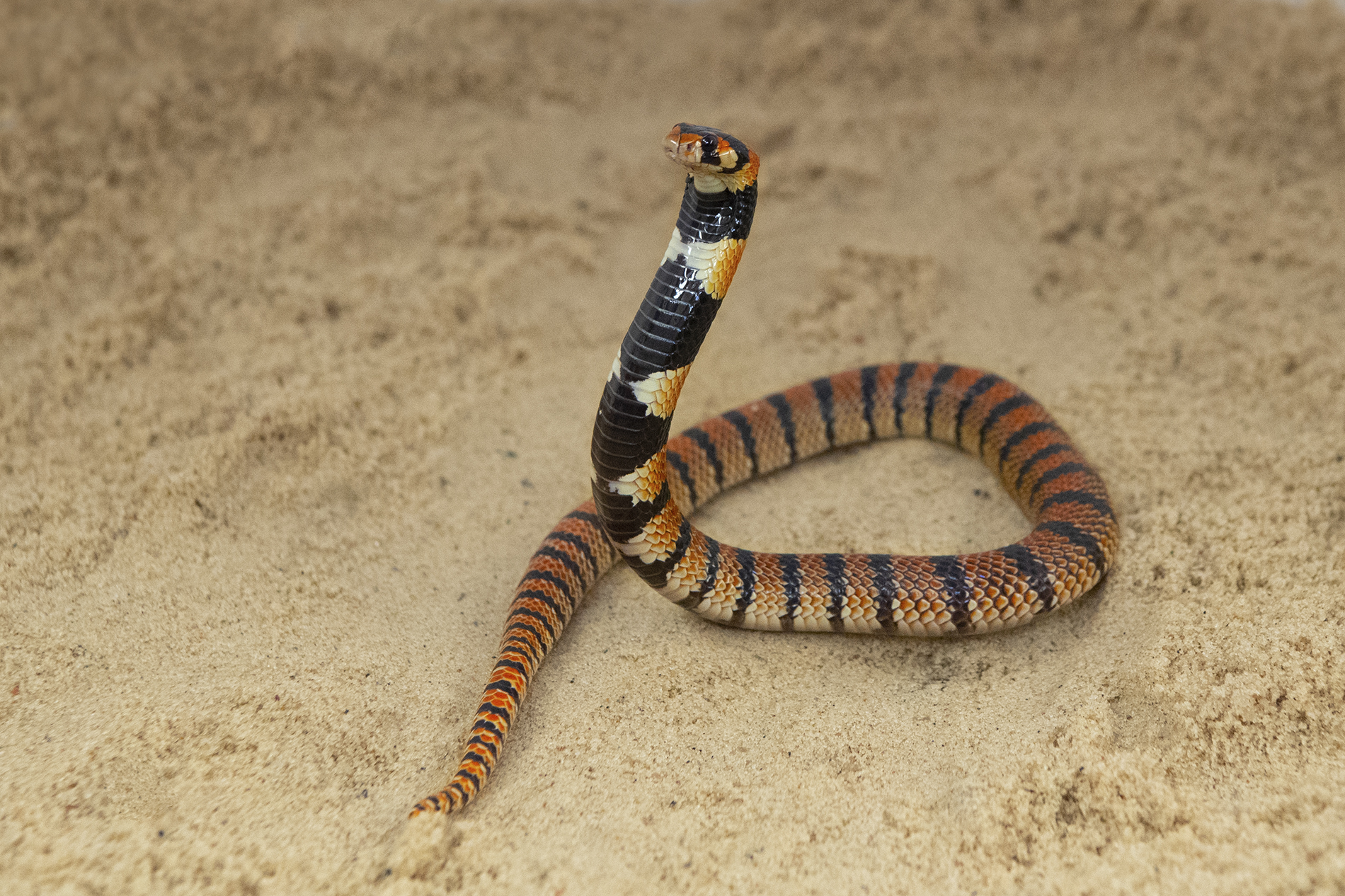