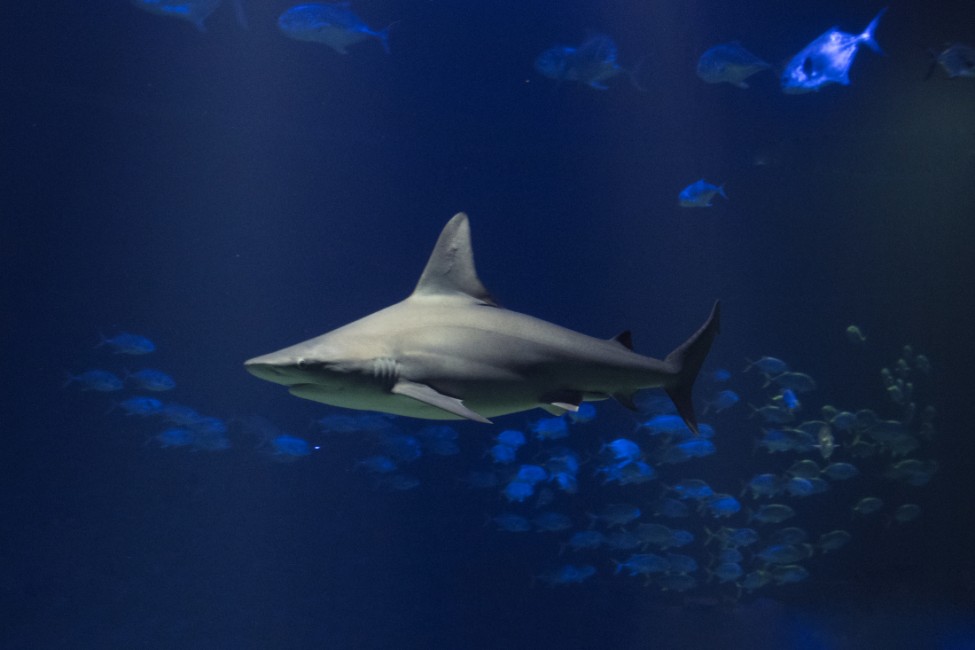 Sandbar sharks (Carcharhinus plumbeus) are true predators of the ocean.

At six to eight feet total length, this species is built to be quick and agile. With a first dorsal fin and pectorals fins reaching over a foot long, these sharks can navigate effortlessly through the water with a simple tail flick. I’ve always been amazed watching this species swim. Their upper teeth, that continually replace, are triangular and broad with many serrations designed for cutting. Their lower teeth are smaller and pointed making it difficult for their evading prey to be successful.

One of our sandbar sharks at the New York Aquarium, Malcolm (pictured here in our new Ocean Wonders: Sharks! exhibit opening June 30), is swimming through a school of very cautious jacks.

Millions of sharks are killed each year by being caught as by-catch and by shark finning. Shark finning is the process in which their fins are cut off while the animals are still alive, and their bodies are thrown back into the sea. The fins are then used mostly for the delicacy, shark-fin soup.

Ocean Wonders: Sharks! helps educate our visitors on the decline of shark populations resulting from overfishing and other human impacts. 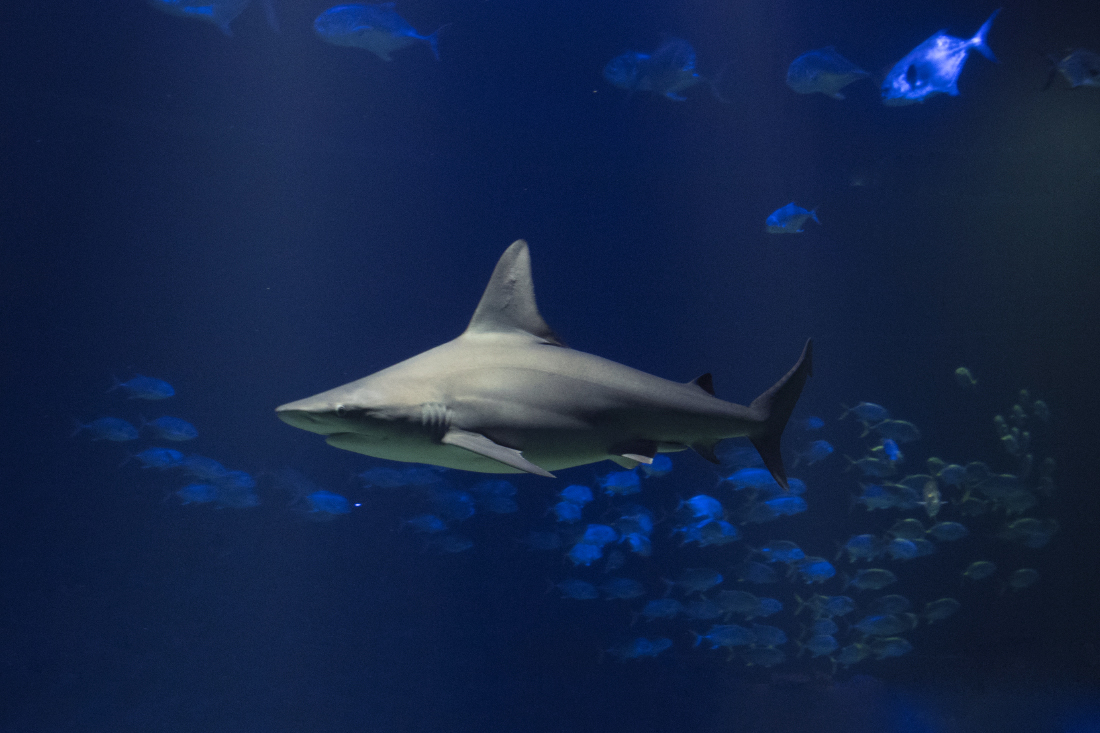