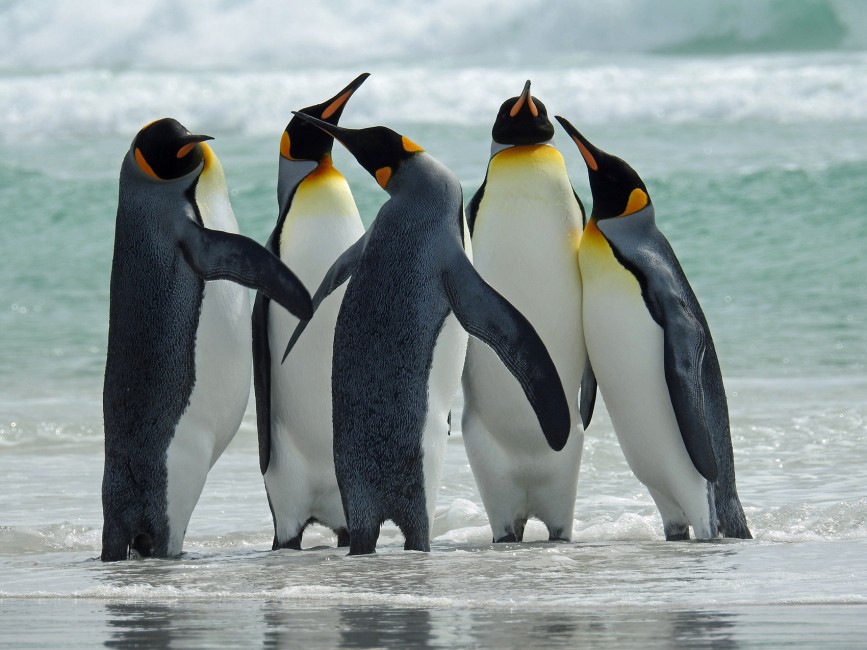 Gathering of the Kings

On a sunny, windy afternoon in February, my colleague Graham Harris and I spent a good part of a day observing king penguins (Aptenodytes patagonicus) at Volunteer Point in the Falkland Islands. There is hardly anything more fascinating than to watch these birds engage in courtship, assemble in groups to work out their pecking order, or just walk around with their proud, wobbling gait. Kings are large birds—28 to 39 inches (70 to 100 cm) tall—and the second largest of penguin species (the emperor is larger). They are vibrantly colored, with a bright orange cheek patch and mark along their lower mandible contrasting with their jet black head and beak. The top of their chest also is orange, fading to yellow, and then to white. Their back is light grey.

King penguins breed on sub-Antarctic islands, with the largest breeding populations occurring on the Crozet Islands, South Georgia, Kerguelen Islands, and Macquarie Islands. Small colonies are found on the Prince Edward Islands, the Falkland Islands, and recently on Tierra del Fuego. Kings have a very long breeding cycle, taking 14 to 16 months to fledge a single chick. They do not build nests but gather in dense colonies often numbering in the thousands. They feed mostly on lanternfish, a pelagic bioluminescent fish, but also eat cephalopods and crustaceans, and can dive to depths of 328 to 984 feet (100 to 300 meters.) Fortunately, due to healthy breeding populations, IUCN classifies the conservation status of this species as “least concern.”

The Wildlife Conservation Society helps preserve king penguin foraging habitat at sea in and around the southern reaches of South America (the Southern Cone), and also cares for and breeds king penguins at the Central Park Zoo in New York City, giving people the opportunity to see these beautiful birds up close.

EDITOR’S NOTE: January 20, is Penguin Awareness Day. Take some time to learn more about penguins and their habitat. 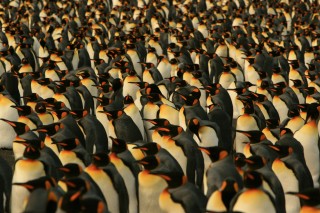 Sunrise Tribute to the Kings 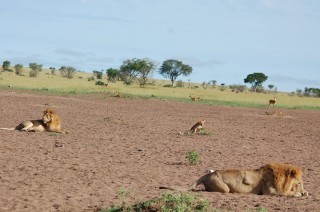 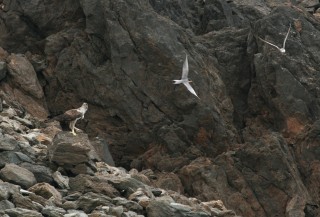 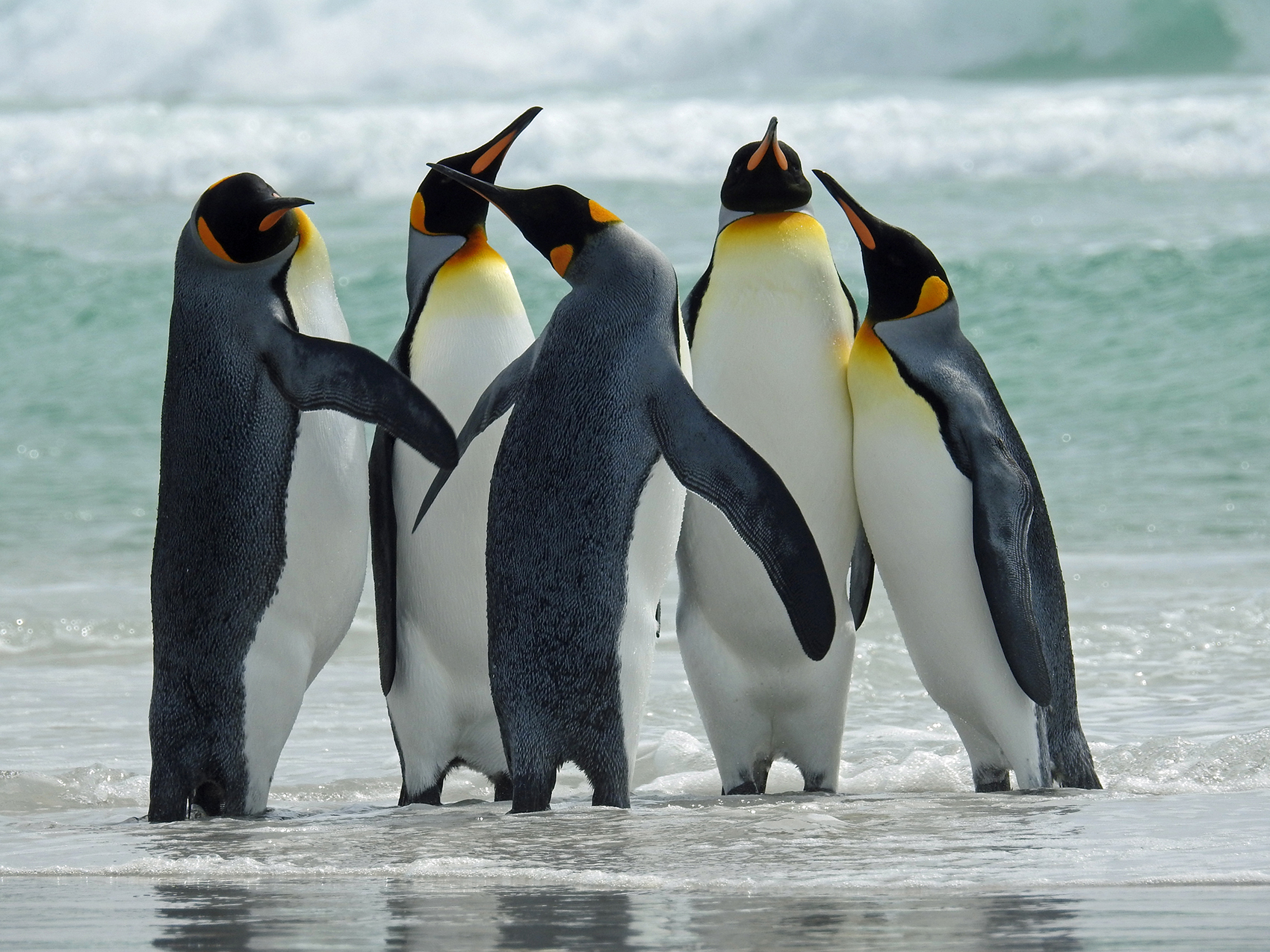