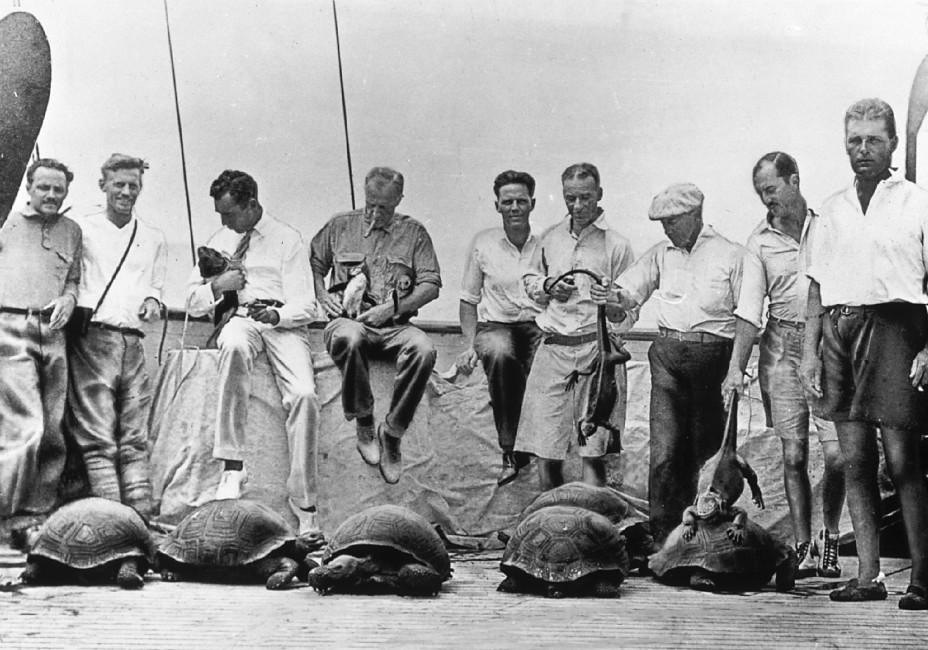 At the Wildlife Conservation Society, we stand on the shoulders of giants.

Charles Haskins Townsend, was the first director of the New York Zoological Society’s (now WCS) New York Aquarium. He served in that position for 35 years.

Townsend was a distinguished scientist, writer, administrator, and, like his famous contemporary colleague William Temple Hornaday, a visionary conservationist. His work connecting the voyages of whaling fleets to the decimation of Galapagos tortoise populations was a masterpiece of synthesis that resulted in data used to help conserve both whales and tortoises. He wrote extensively on aquarium technology, fisheries, fur seals, deep sea exploration, and zoology, and served on numerous governmental regulatory commissions as well as directing the aquarium.

The photo (above) was taken in 1930 on the Astor Expedition to the Galapagos Islands. With Townsend (third from right) serving as director, the expedition focused on the flora and fauna of Isla Santa Cruz (also known as Indefatigable Island,) and especially on giant tortoises, marine and land iguanas, and flightless cormorants. 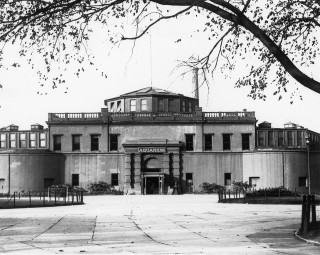 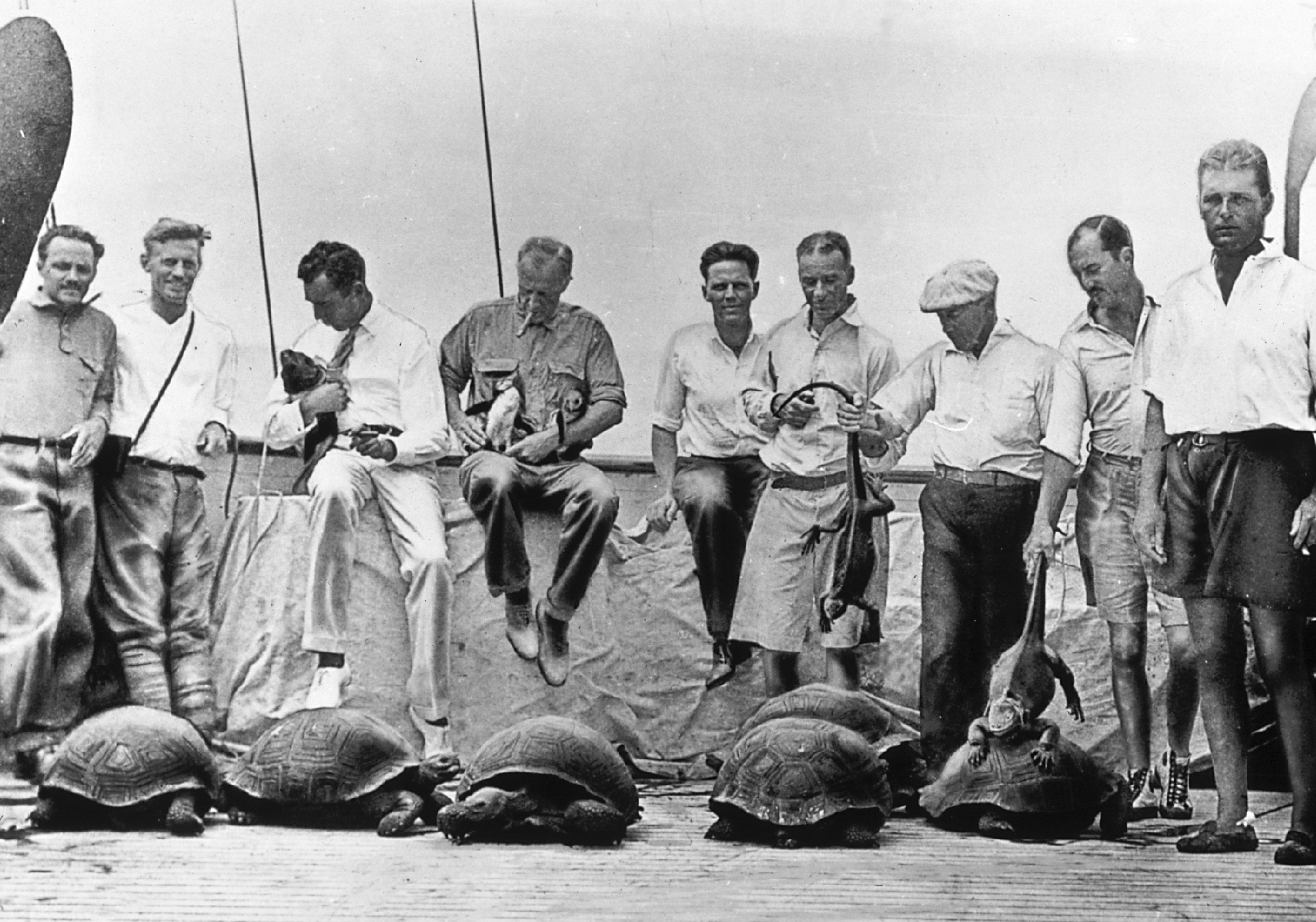