Soft, white, fluffy with a face only a mother could love. This is a giant petrel baby. That a giant petrel chick can be so fluffy and cute seems wholly out of character as petrels are “oceanic vultures.” With luck she (or he) will grow a seven-foot wingspread and a beak suitable for scavenging. In the air, these big vulture-like birds are magnificent, soaring effortlessly for miles. On the shore, they will dash fearlessly into dangerous sea lion harems seeking afterbirths and even injured sea lion pups.

Only a few giant petrel colonies have been discovered near the Patagonian coast. These birds breed on a tiny island off Argentina’s Bahia Bustamante, and the chicks are rarely seen. During a coastal survey, we reached it in a small zodiac on a relatively calm day and crawled close enough to count nests and take pictures. I kept my head down to avoid alarming petrel moms and concluded that, even in long surveys, not all is numbers. In time, even petrel chicks look adorable. 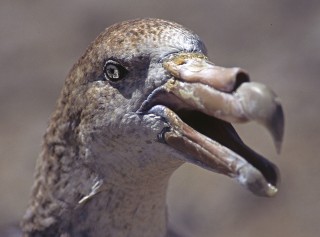 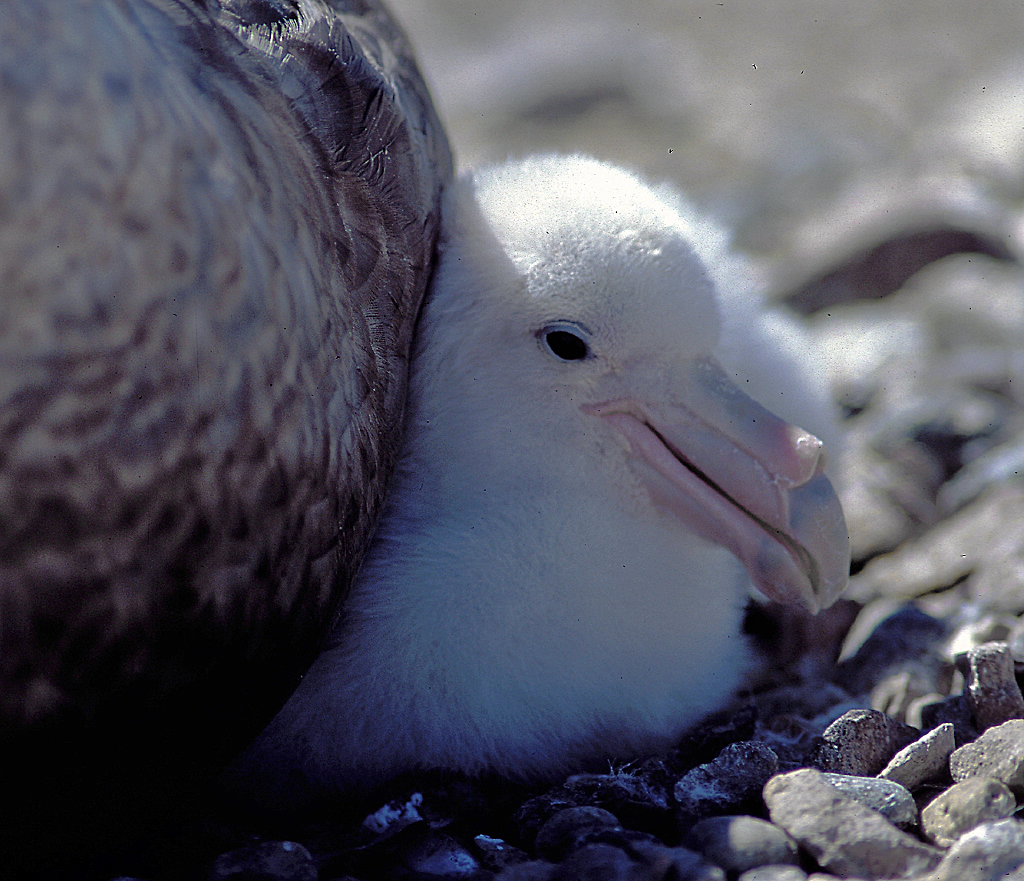