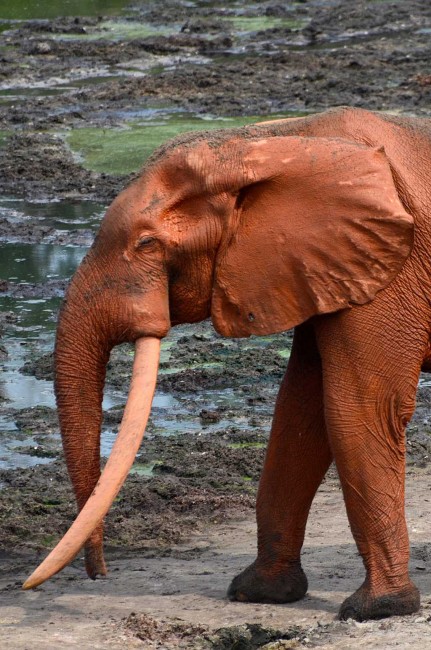 Despite all the bad news coming out of the Central African Republic, there is a forest elephant paradise located in the southwestern corner of the country. The name of this place is Dzanga Bai, which is a forest clearing were we have been documenting the lives of hundreds of elephants since 1990.

Pom, one of the biggest males in the population, was first identified in January 1991, and unlike many of the largest males who are observed in the bai during the dry season, he is a frequent visitor to the clearing. We see him throughout the year. We have never observed Pom in musth, and despite his size, he is easily intimidated by other males of comparable size.

His red color is due to his mud bathing in various colored clays found in and around the clearing. Most of the elephants color themselves in yellow and pinkish clays, but Pom has his red preference and is often seen completely covered in crimson.

Why do elephants cover themselves in these clays? We think it might act as a deterrent to parasites such as ticks which are numerous in the area. However, it might just feel good, like an enormous body “facial.”

Editor’s Note: Check out the Wildlife Conservation Society’s 96 Elephants for ways to get involved and help to save elephants.

I became aware of Andrea Turkalo when Bronx Zoo’s Congo Gorilla Forest opened in 1999. Have followed your wonderful work and at times held my breath for your safety and the elephants. Now you are back where you want to be doing what only you can do. I wish you and the elephants LONG LIFE and thanks for the red elephant’s photo. 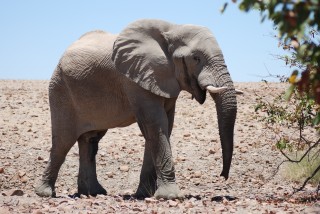 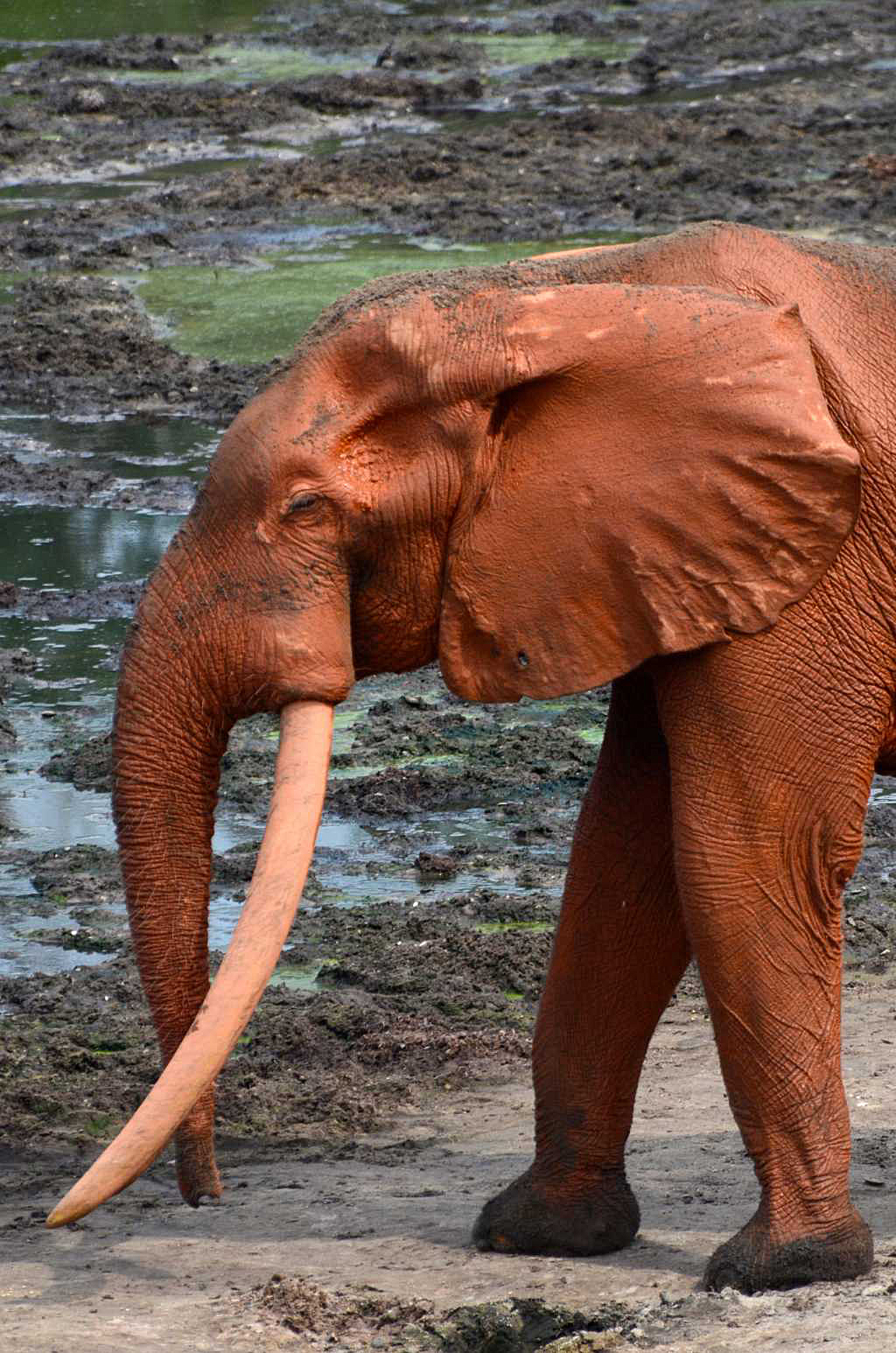