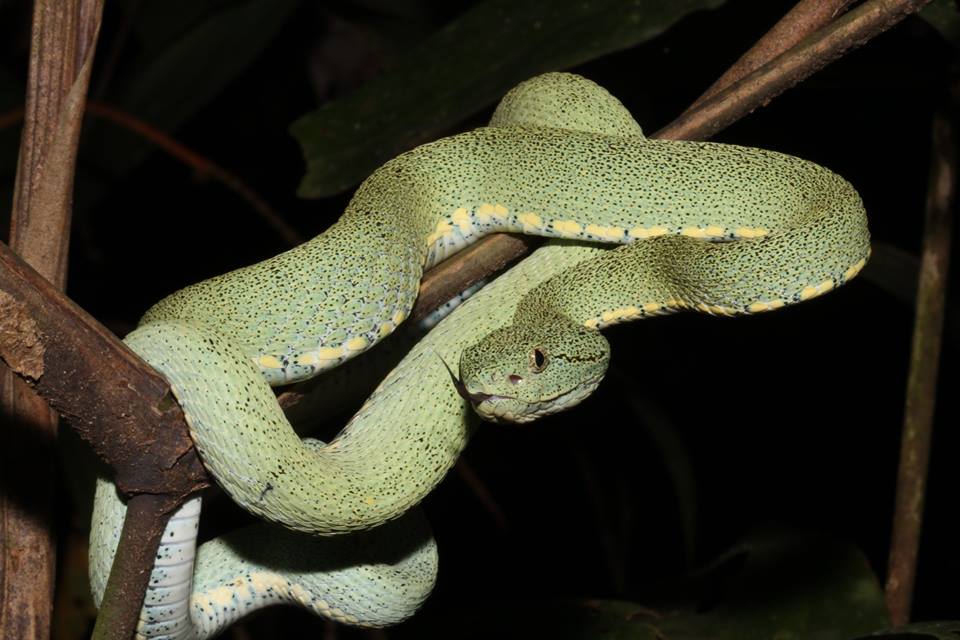 As the last bit of sun disappeared from the horizon, I was ready to trek into the forest with my Camelbak prepped with liters of filtered water, snake hooks, a Garmin GPS unit just in case the shroud of the jungle decided to throw me in an unknown direction, and most importantly my camera. I was in the Tambopata National Reserve of the Peruvian Madre de Dios region. All I had on my mind was photographing the fauna and flora.

Among the 30 species of reptiles and amphibians observed during my five day trip, the most spectacular and elusive was the two-striped forest pit viper, Bothriopsis  bilineata smaragdina. This tree-dwelling snake spends most of its day hidden amongst palm fronds and canopy foliage. The stunning individual (above) was found in the early evening scaling a vine just about shoulder height. Startled only by the light of my headlamp, this photo represents the in-situ orientation of the pit viper as it slowly ascended the vines to look for its next meal.

Photographers (and hikers) use caution. Snake venom possesses powerful toxins that cause bleeding, but it also has a benefit. Toxins derived from snake venom have been used to develop powerful drugs used in human medicine. 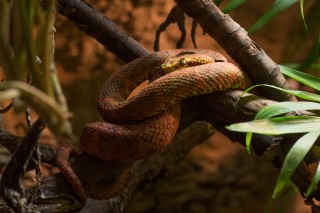 A Viper with Allure 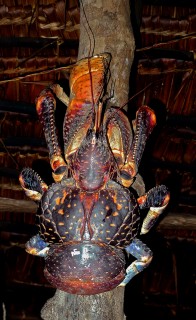 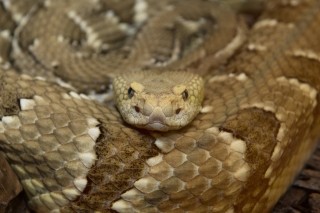