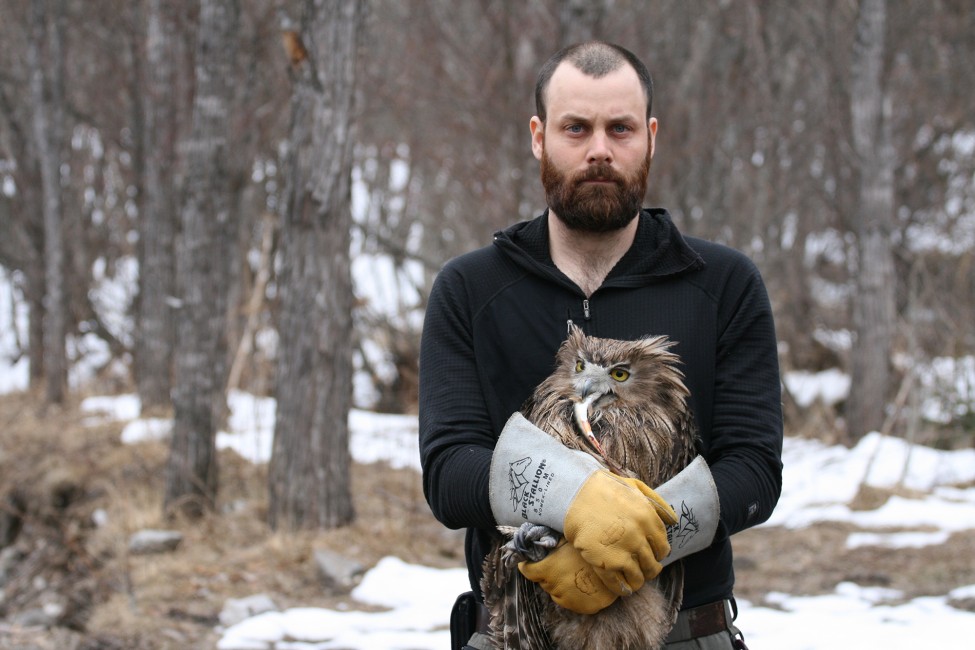 Jonathan C. Slaght, a conservation biologist for Wildlife Conservation Society’s Russia Program, is a leading expert on one of the rarest raptors, the Blakiston’s fish owl (above, with Slaght.)

Slaght studies this bird, but it is not easy, or often, that he sees one. He and his team must forge into the frigid forests of the Russian Far East to areas that are best left to those equipped for freezing weather, like the few remaining Amur tigers. Slaght and his field team also investigate these big cats that live in the same land as the enigmatic fish owl.

Slaght spends about four months a year in Primorye in the eastern parts of Russia. His home base is in Minnesota.

I asked him about his winter field work this season.

MAHER: What was your field project on your recent trip to Russia?

SLAGHT: I manage two different projects that overlap in the Maksimovka River basin in Primorye: a study examining how tiger prey numbers respond to voluntary logging road closures, and another identifying important habitat for Blakiston’s fish owls. Reaching the Maksimovka isn’t easy; from the provincial capital of Vladivostok it’s a 14-hour bus ride north to the WCS field office in Ternei, and from there it’s another 6-7 hours further north to reach the Maksimovka.

Given the difficulties of access, this past field season I decided to combine resources, bring a larger team than usual, and work on both my projects at the same time. I had 3-4 people helping with deer snow track counts during the day, then at night I’d work with two others conducting Blakiston’s fish owl surveys. Exhausting but rewarding; we got a lot done.

MAHER: Why do you study the Blakiston’s fish owl? What are you hoping to find?

SLAGHT: Blakiston’s fish owl is regarded as one of the least-known endangered bird species in northeast Asia, and I’ve been collaborating with Russian partners for nearly a decade to change that. Our work started as a basic study of species ecology; we are at the point now where we’re using that information to work with a coalition of NGOs, scientists, and logging companies to identify important fish owl habitat to exclude from timber harvest.

MAHER: How do you live when you are on location in remote places?

SLAGHT: This year, because I had a larger crew, I diversified from a two-room “cabin” built onto the back of a flatbed truck (which is what I usually use) to include a yurt (a large, portable, eight-sided tent heated by a woodstove in the center) as well. There were four Russians sleeping in the truck and three of us in the yurt (me and two volunteers: an American and an Indian.) We had a terrible woodstove in the yurt—it had too many rusty holes to properly heat that space—and inside it dipped to about minus twenty the first night. The volunteers lay so still that I thought they had died of a combination of cold and fear. But they were fine, and night-time temperatures after that were milder.

MAHER: What do you take to the field when you go? What’s in your bag?

MAHER: Your work is to help protect some of the last of the wild. How can people help?

SLAGHT: Honestly, people can help simply by remaining level-headed. Endangered species don’t know political borders or affiliations; they cannot pick which countries they live in. WCS works in a myriad of difficult global landscapes, both politically and logistically, and I think it’s important for people to support conservation initiatives wherever in the world such need may be.

Wow, are you and your volunteers super-human, or what?! Thank you for all the work you have done..great information and pictures of these magnificent animals! 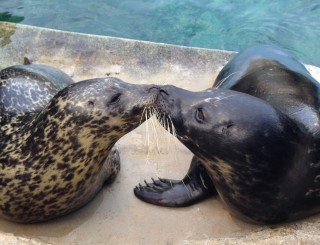 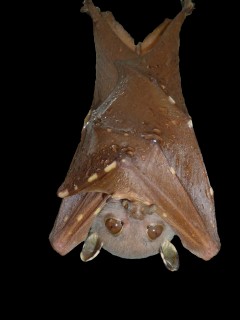 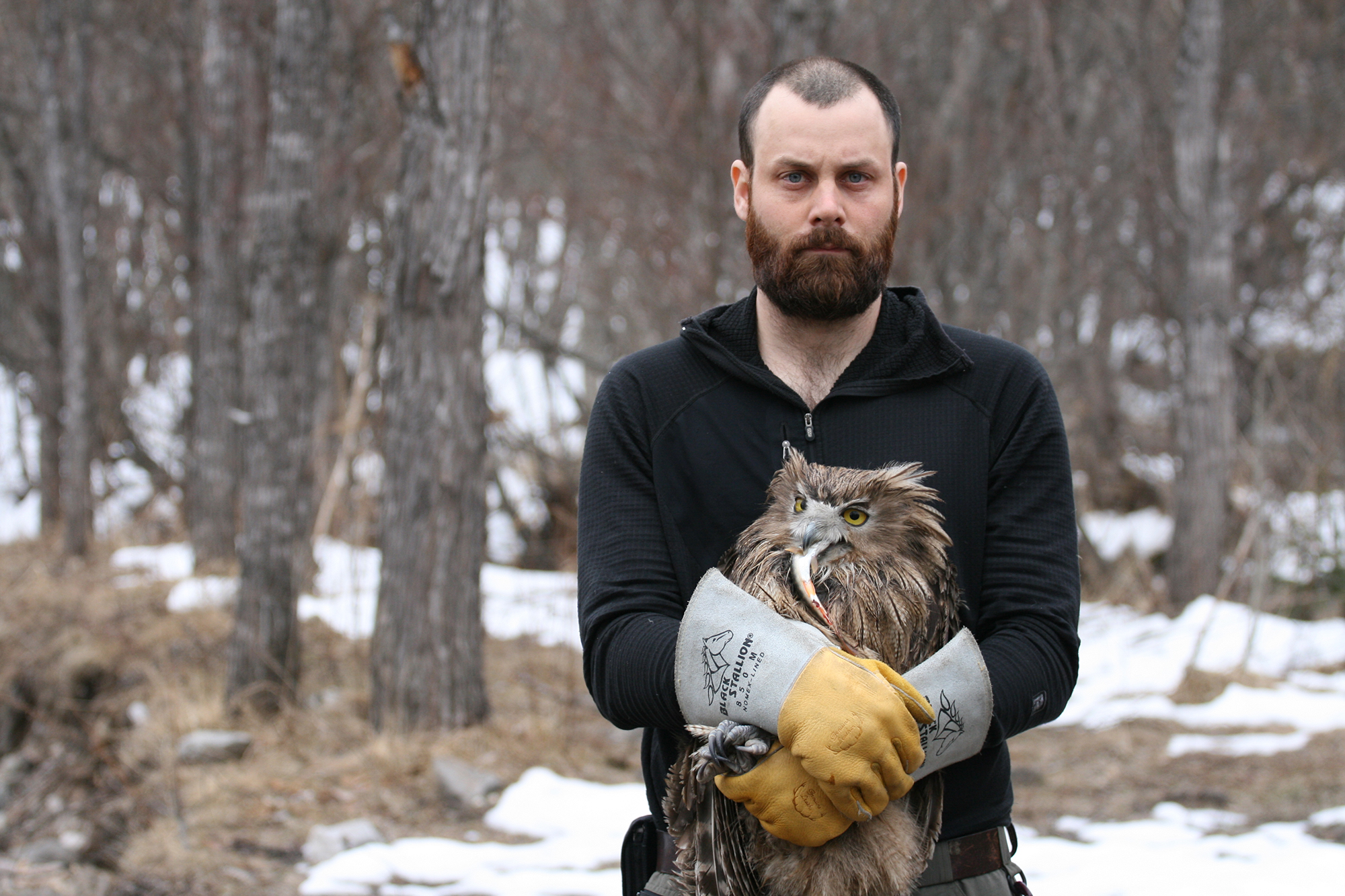