People have a passion for penguins.

William Conway is among them. During a long, illustrious career with the Wildlife Conservation Society, which began in 1956, he has been devoted to protecting these charismatic birds, and the wildlife and wild places that surround them.

Penguins are flightless, but they make up for their lack of aerial ability as the avian Olympians of the sea. They spend more than half their lives in the water, diving and body surfing through the waves to feed on fish.

Conway has made many trips to the windswept coast of Argentina to help establish natural reserves and national parks, and stimulate the conservation of penguins and other wildlife. Understanding penguin behavior and photographing it are a particularly delightful part of the work.

CONWAY: It’s unavoidable. How can birds that live such dramatic lives and so resemble people not fascinate one?

CONWAY: Tombo’s giant penguin colony is the heart of one of the world’s greatest wildlife spectacles. And it is amazingly accessible; the climate is temperate, and you can drive there. Besides penguins, there are sea lions, guanacos, colonies of cormorants, terns, gulls, and much else.

MAHER: How were you able to get this photo? Can you describe the moment?

CONWAY: Looking for penguins banded in Tombo studies and noting relative numbers of immatures and adults, I found groups of birds landing in beautiful surf. Sitting quietly on the shore nearby, I was eventually surrounded by penguins and slowly scooted as close to the landing birds as avoiding disturbance allowed. A plastic sack helped protect photo equipment from salt spray, but taking the pictures between surf sprays was tricky. As the tide rose, I backed up the beach along with the penguins, which now ignored me. I was wet, too. I hated to leave.

MAHER: What behavior are we seeing in this photo?

CONWAY: Penguins are returning to the colony from a fishing trip. The birds assemble offshore, form a collaborative landing group and splash in all together. This is thought to be a “confuse a predator” technique.

MAHER: How are they being impacted by climate change? (They are good swimmers, but do they have to swim further these days?)

CONWAY: Climate change is and will affect Tombo’s penguins but by far the larger impact right now is commercial fishing. Scores of fishing boats, both local and international, are competing directly with Patagonia’s costal wildlife. More and more penguin chicks are starving as their parents struggle to find food, and Tombo’s penguin numbers have dropped 30% in recent years.

MAHER: What does the future hold for penguins?

William Conway is an American zoologist and conservationist. In 1956, he became bird curator for the Bronx Zoo, subsequently zoo director, general director, and president of the New York Zoological Society. He focused the society on wildlife conservation as well as upon zoos and aquariums leading to its 1993 name change to Wildlife Conservation Society, and the development of hundreds of conservation programs in over 50 nations. In 1999, he became a senior conservationist with WCS. Today, he helps us celebrate Penguin Awareness Day. 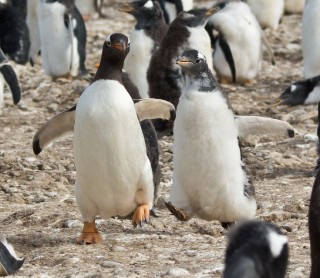 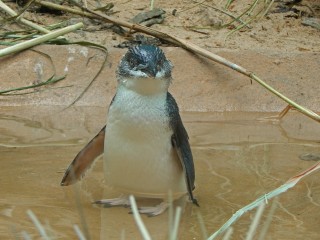 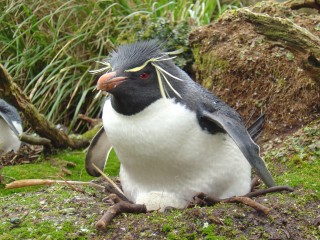