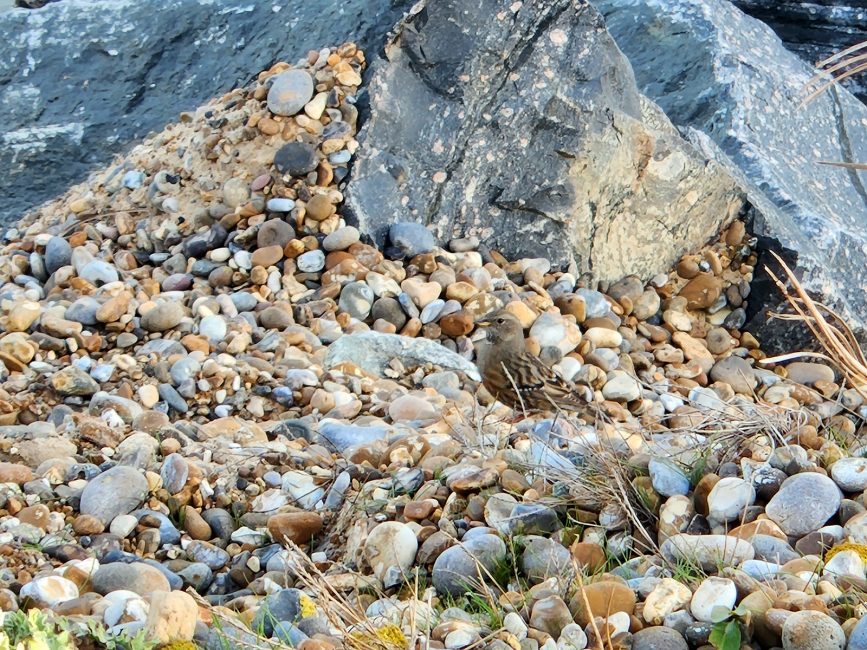 Fish and Chips with a Rare Visitor

It’s a tradition when I visit friends in Suffolk, England, to have fish and chips by the pebble beach in Aldeburgh. The local chippy is a regional landmark, and there is always a line of people waiting for the shop to open.

Armed with our dinners, we sat on the beachfront with the North Sea rolling in and with a wary eye to the heavens, guarding against local gulls that aren’t above swooping down to pinch a chip.

As we ate, a stream of people with camera equipment and binoculars walked by. Intrigued, we asked one what they were here for. They were birders who had traveled from around England on the news that an Alpine accentor (Prunella collaris) had been spotted along the beach.

The small sparrow-like bird is found throughout the mountains of southern Europe, Lebanon, and Asia, and lives above the tree line. Usually, it winters at lower latitudes, but some birds roam, and like the one at Aldeburgh, reach England.

After finishing our fish and chips – much to the dismay of the gulls – we walked off in search of this rare visitor. With a bit of luck, I got close to the bird (without disturbing it) as it searched for its own dinner amongst the pebbles and was able to snap a few photos on my phone. 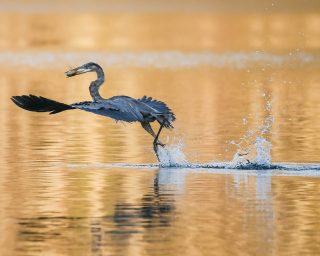 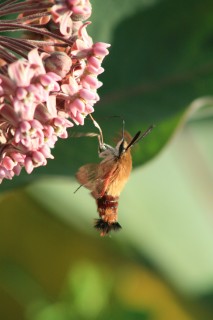 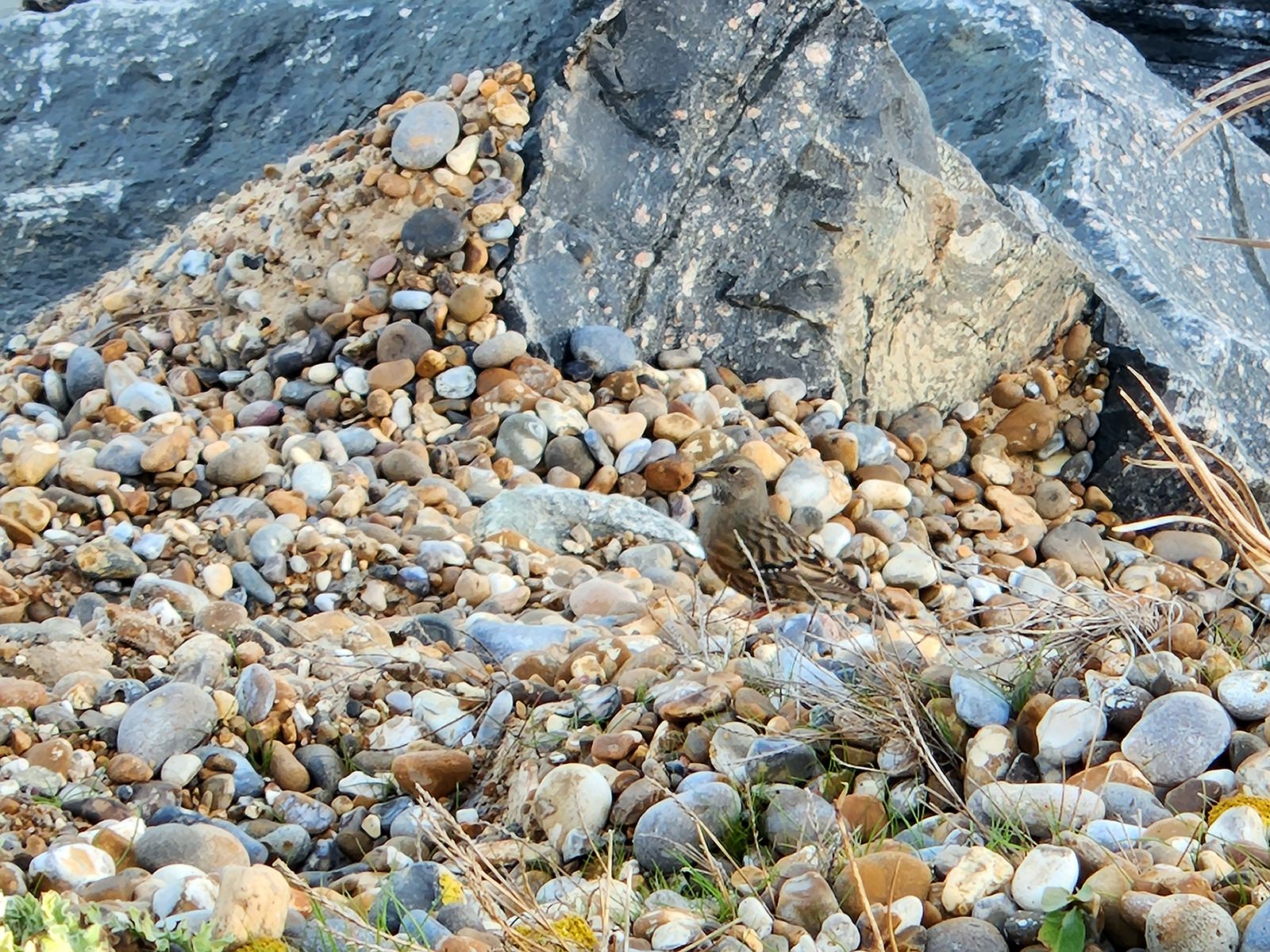