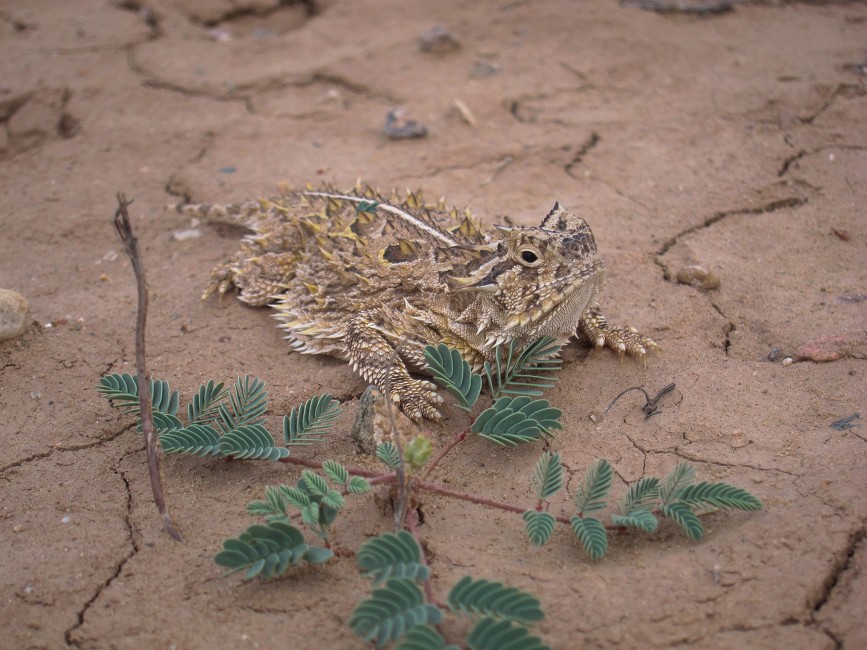 Loose sand and loamy soil begin to warm as the sun rises in New Mexico. The semi-arid view of the Albuquerque’s High Desert suddenly comes to life. Emerging from scant vegetation is the Texas horned lizard (Phrynosoma cornutum). From a distance, I can spot its robust toad-like body. Of course, curiosity makes me leap for a greater perspective. The lizard’s head is crowned with prominent horns, and its body armored with protruding spikes.

Its fierce appearance is unveiled during basking and feeding time. Texas horned lizards often congregate around harvester ants (Pogonomyrmex spp.) mounds. Harvester ants make up 70% of the lizards’ diet. They pursue the insects’ cone-shaped mound and use their sticky tongues to feast on parading ants.

Relying on the sun’s powerful rays to produce vitamin D, Texas horned lizards sunbathe along the sides of roads or open rocky areas. At times, basking can leave these four-inch lizards in a vulnerable position. It is a good thing they are equipped with a few defense mechanisms to escape predation.

Despite looking ferocious, horned lizards are docile and rarely bite. One of their greatest advantages is their ability to camouflage and blend into their environment. Although not extremely fast, horned lizards are capable of short bursts and can bury themselves quickly. When fleeing is not an option, Texas horned lizards stand their ground. When preyed upon, they can squirt blood from their eyes over three feet. This has proven successful in deterring many canine predators such as coyotes, wolves, and domestic dogs. Blood is excreted by forcing the blood pressure within the sinus orbitalis to increase, rupturing the blood vessel and forcing a passage to be formed into the conjunctival sac.

Texas horned lizards are definitely one of New Mexico’s showstoppers with their fierce tears. 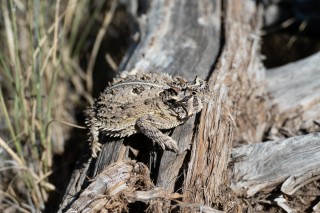 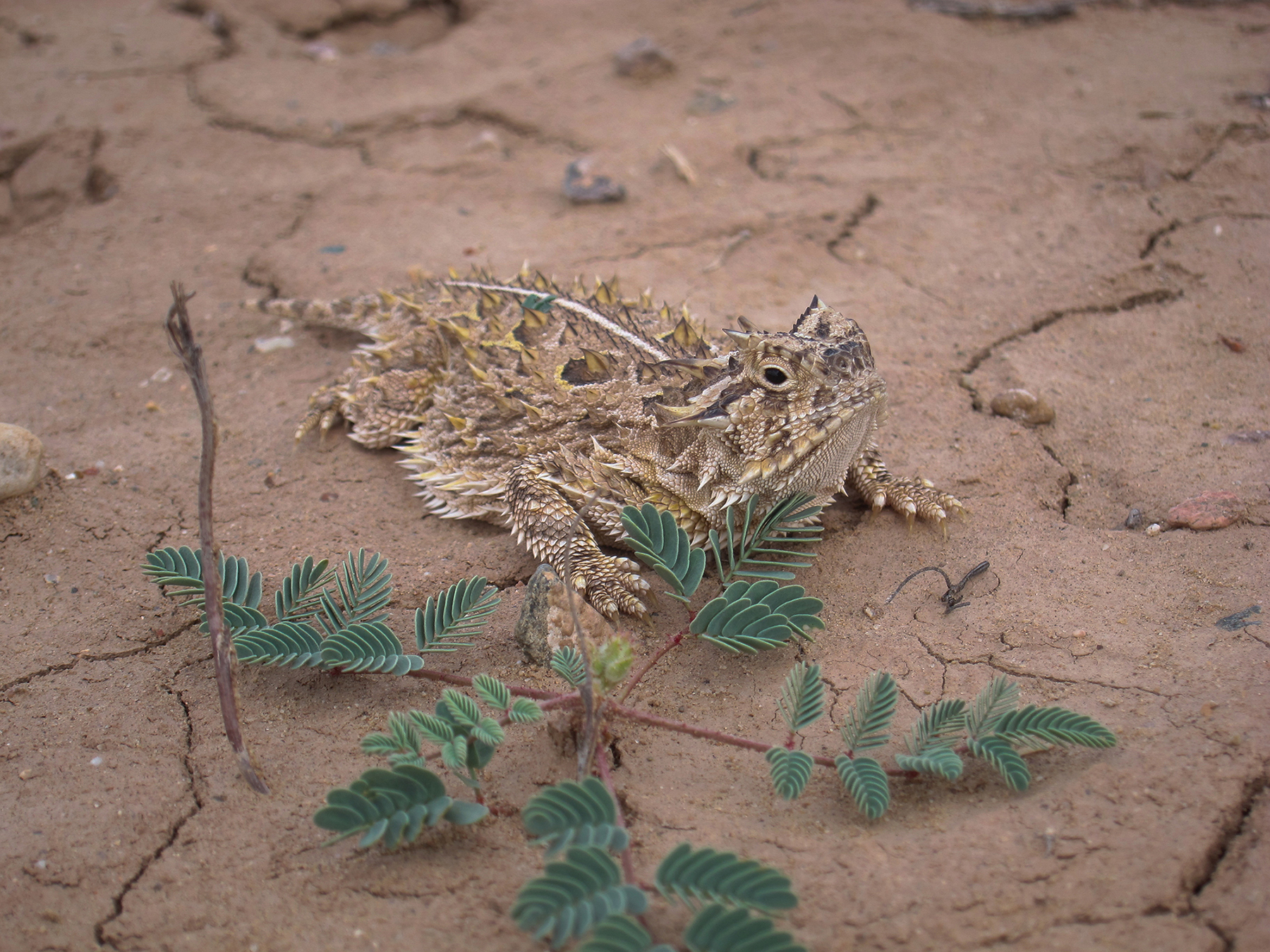