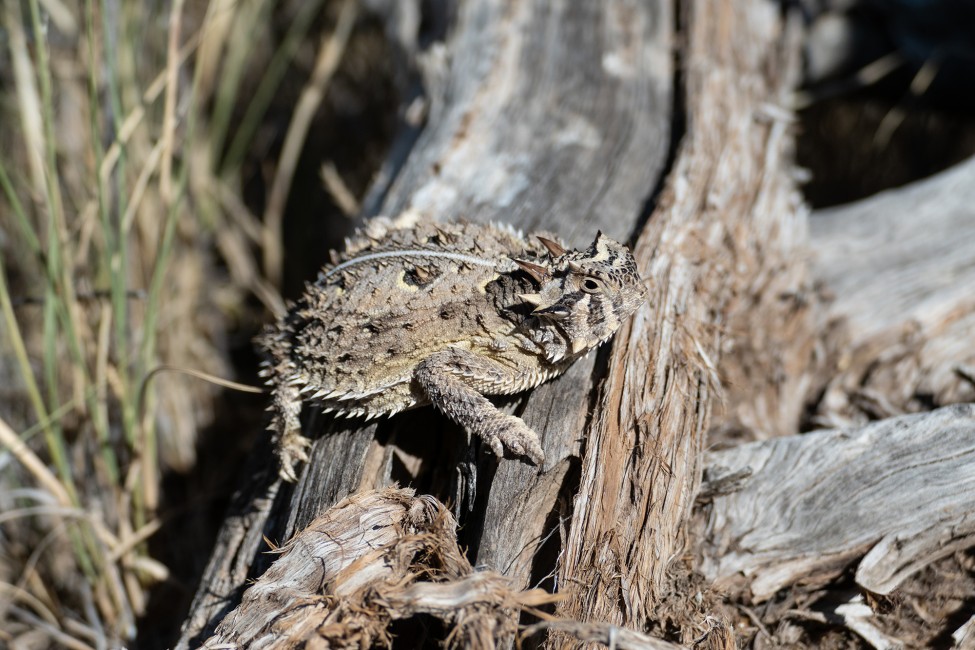 The Texas horned lizard (Phrynosoma cornutum) is a fierce-looking lizard armed with an unlikely defense; the ability to squirt blood from its eyes.

If harassed by a potential predator, this lizard can build up enough pressure behind its eyes to squirt a stream of blood mixed with noxious biochemicals in the face of the predator. This foul-tasting concoction is often enough to ward off anything thinking about eating the lizard.

In addition to this unique defense mechanism, the Texas horned lizard has a fairly robust spiny appearance. This can also deter predators. These defenses are especially needed because of its mostly sedentary lifestyle which leaves it vulnerable to predation.

This horned lizard was found in southeast Colorado in the Comanche Grasslands National Preserve. Preserves such as this one allow for the native wildlife to thrive in a relatively undisturbed habitat.

Denver, US Map It 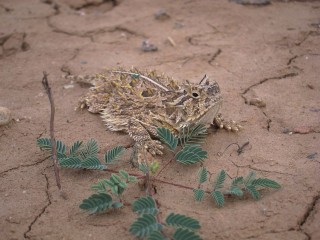 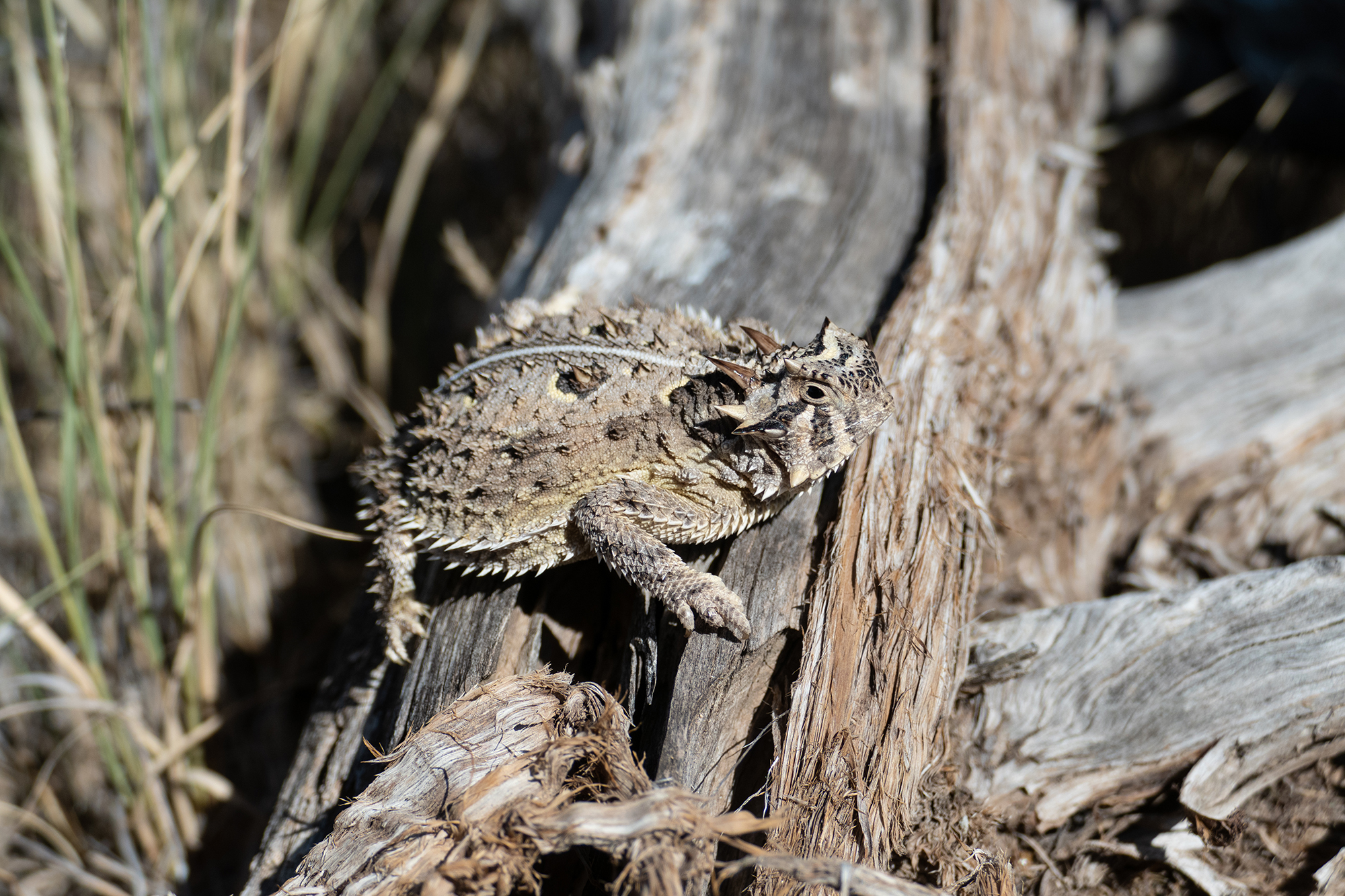