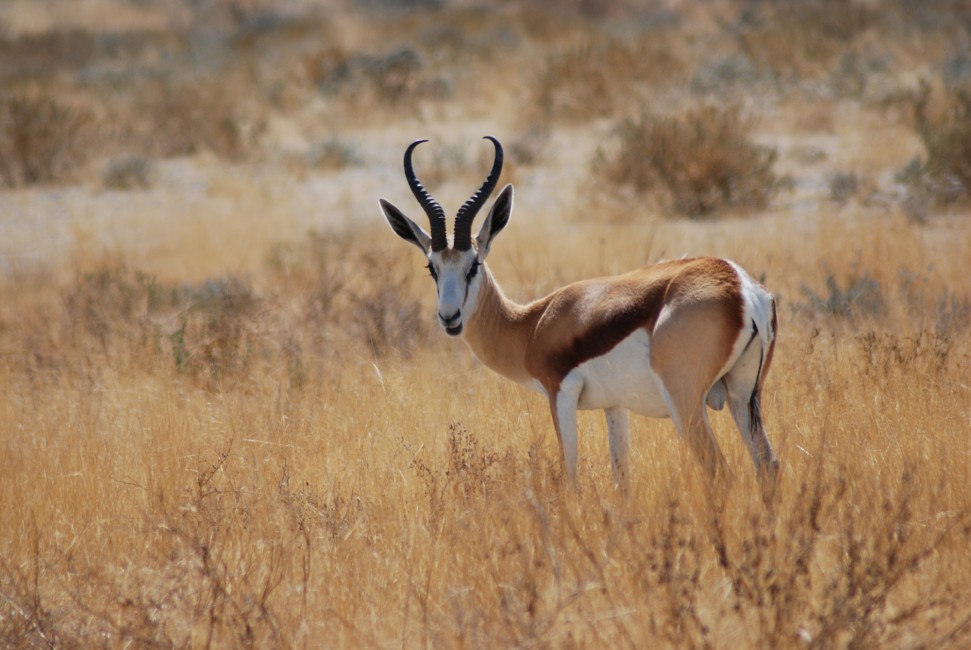 When traveling through southern Africa, on the lookout for iconic wildlife, it is easy to overlook a small and graceful gazelle—the springbok (Antidorcas marsupialis).

This beautiful animal makes its home on the treeless plains of southern Africa. It once roamed in large herds, but like many other species, its numbers and range have been reduced. The springbok has a unique display on its back when alarmed. An area of white hair that is hidden under a flap of skin flares up as it runs and jumps (known as pronking), providing a warning to others of possible danger.

Springboks have been clocked at up to an impressive 55 mph. Despite that, they are favored prey of cheetah and wild dog. I have even seen one cut out of a large herd at a watering hole and taken down by a very determined pair of jackals.

I came across this particular male in the dry season as he grazed his way through a patch of golden grass. 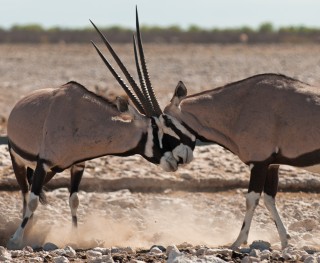 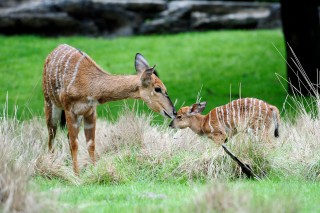 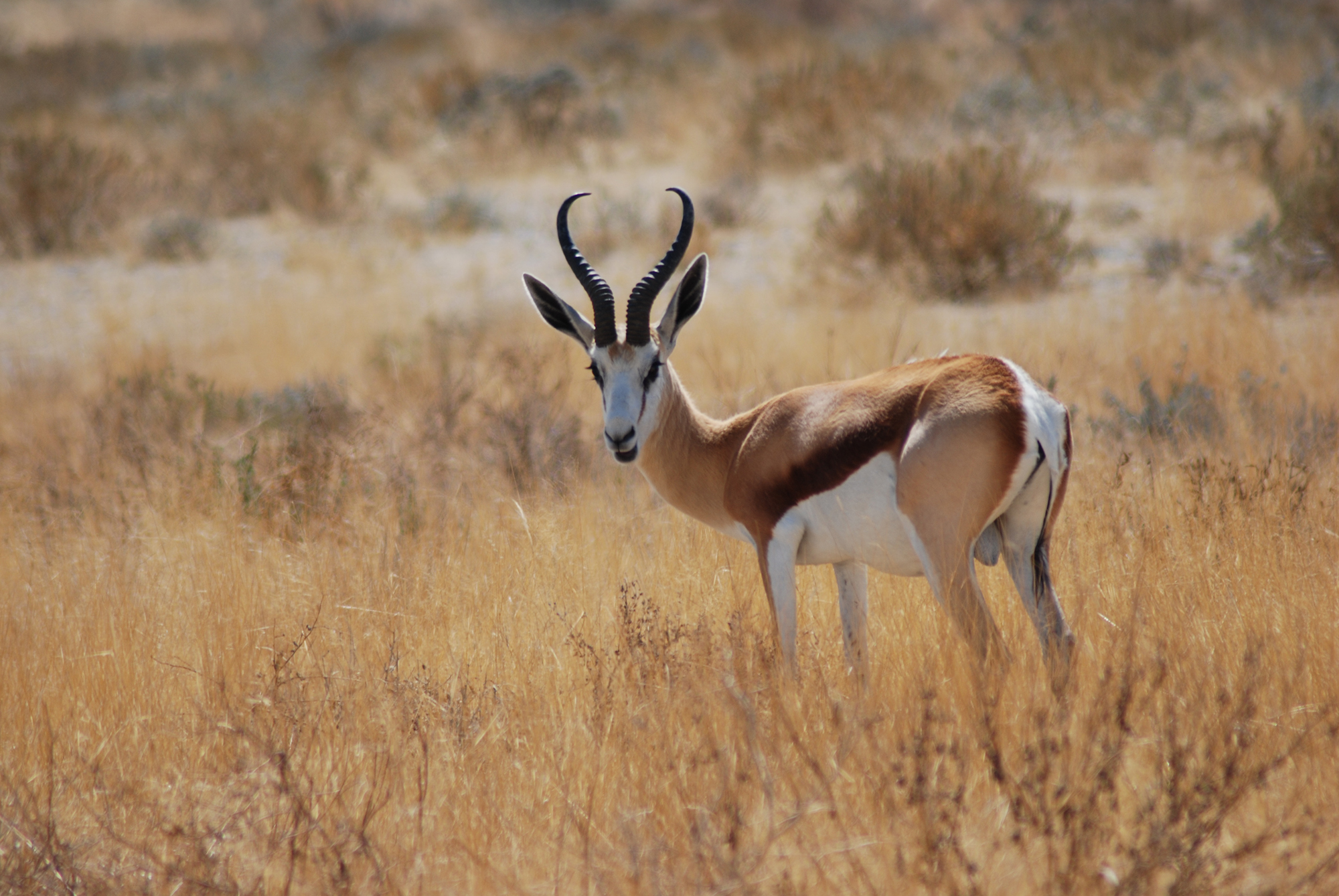