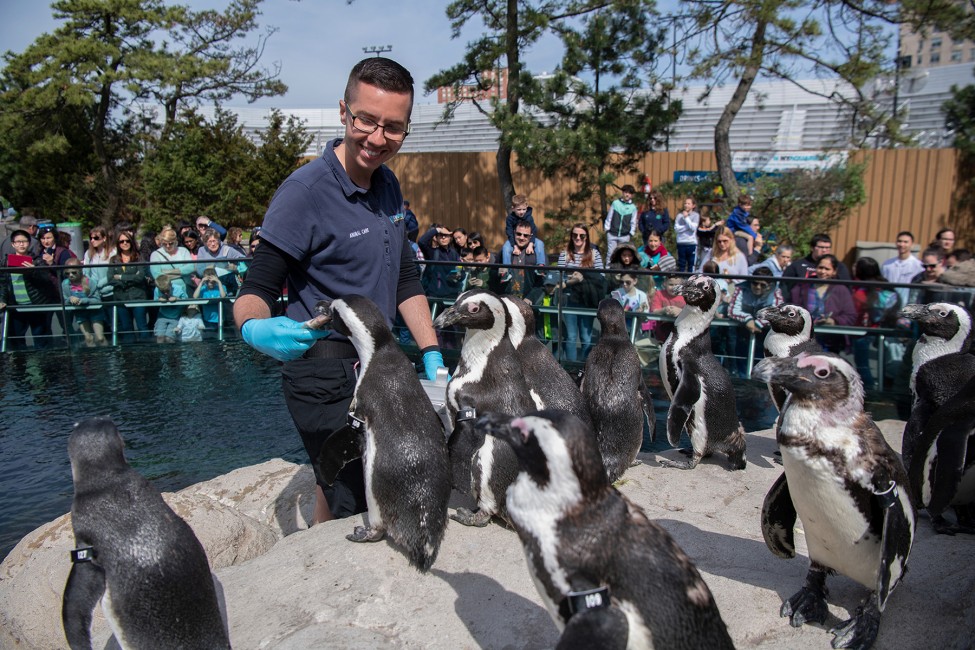 As the weather heats up and the days get longer in June, the LGBT+ community celebrates Pride month. While homosexuality may seem like a uniquely human phenomenon, same-sex pairings exist in a multitude of species and even some within the Wildlife Conservation Society parks.

Same-sex pairings between non-human animals are more common than one might think. Pairings have been documented in over 450 species of animal worldwide, found in every geographic region, and in every major animal group. Species such as giraffes, swans, gorillas, dolphins, and lions have all been shown to exhibit homosexuality. Several theories exist as to why animals display homosexual behavior from using it to enhance their social position to increasing the reproductive advantages of others to them finding it reinforcing somehow for themselves.

Over the years, same-sex pair bonding has been seen in animals at the WCS zoos and aquarium. The New York Aquarium had a male-male pair of African penguins (Spheniscus demersus) that had been together for several years. And perhaps the most famous same-sex animal pairing was at Central Park Zoo, where chinstrap penguins (Pygoscelis antarcticus) Roy and Silo served as surrogate parents and successfully raised a chick named Tango since her biological parents had previously been unsuccessful at incubating two eggs at once.

Whether you are a part of the LGBT+ community or an ally, hopefully you’re having a great Pride month, and you’ll visit the WCS parks when they reopen!

EDITOR’S NOTE: Thanks to all the staff that care for the animals and keep WCS’s parks running. We are grateful for the work they do. The photo (above) shows keeper John Scott during a penguin feed prior to COVID-19. 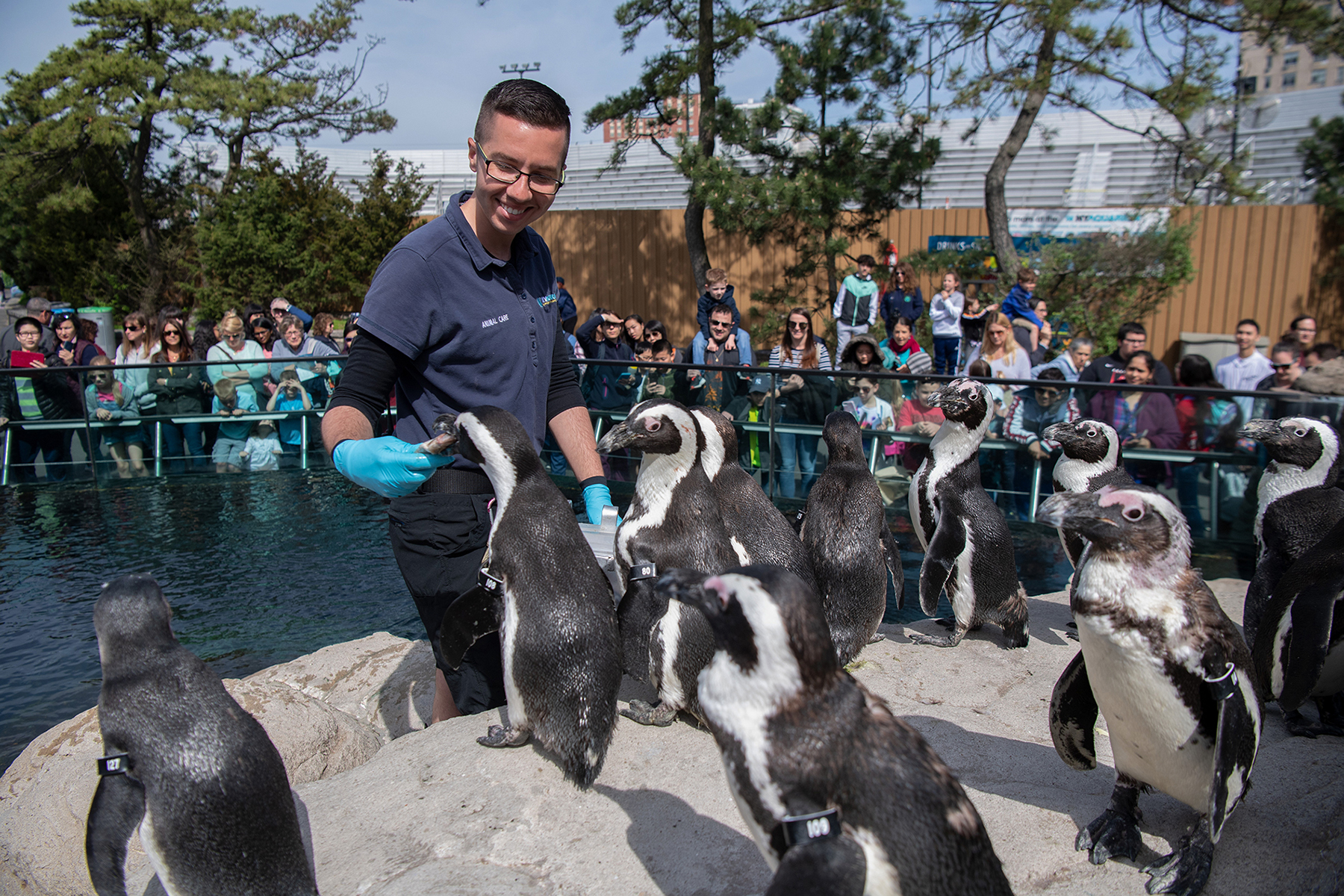