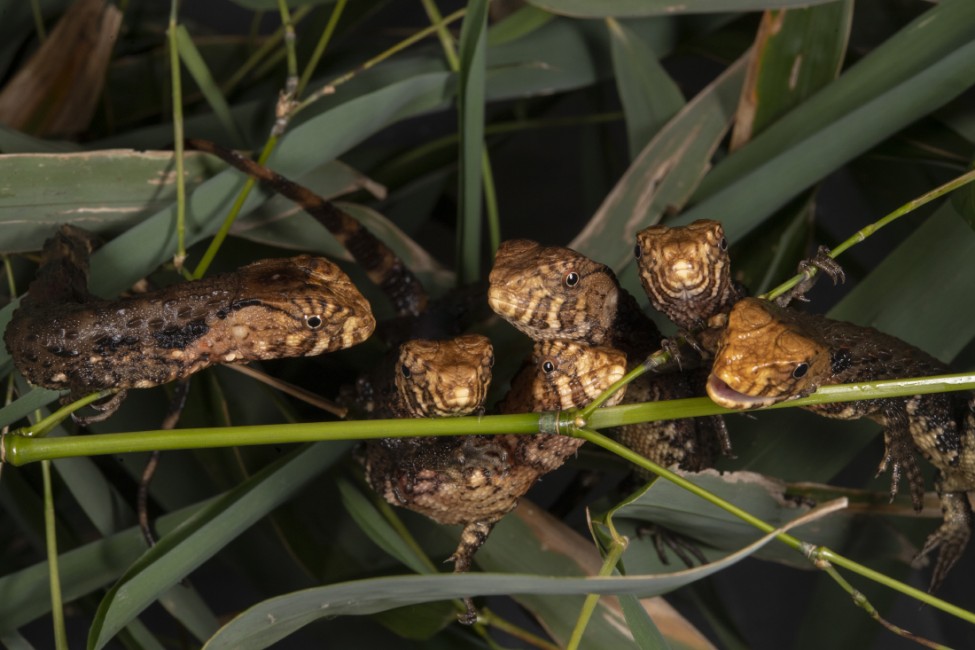 The Chinese crocodile lizard (Shinisaurus crocodilurus) is a semi-aquatic reptile found only in the cool forests of the Hunan, Guangxi, and Guizhou Provinces of southern China, and the Quảng Ninh Province in northern Vietnam. This lizard is a carnivore that feeds on a variety of small aquatic prey such as tadpoles, snails, crustaceans and insects. Its preferred habitat is rocky streams with overhanging vegetation. The lizard often perches on branches over the water lying motionless for hours. Due to this behavior, it is sometimes referred to as the “lizard of great sleepiness” by local people which has led to the belief that these lizards have the ability to cure insomnia.

WCS’s Bronx Zoo participates in an Association of Zoos and Aquariums Species Survival Plan for this species. Through a breeding recommendation in 2018, one of our pair reproduced giving birth to six live young. Four of those offspring are now on exhibit in the zoo’s World of Reptiles nursery.

Stop by and see if you can spot all four of these cryptic lizards on your next visit to the zoo. 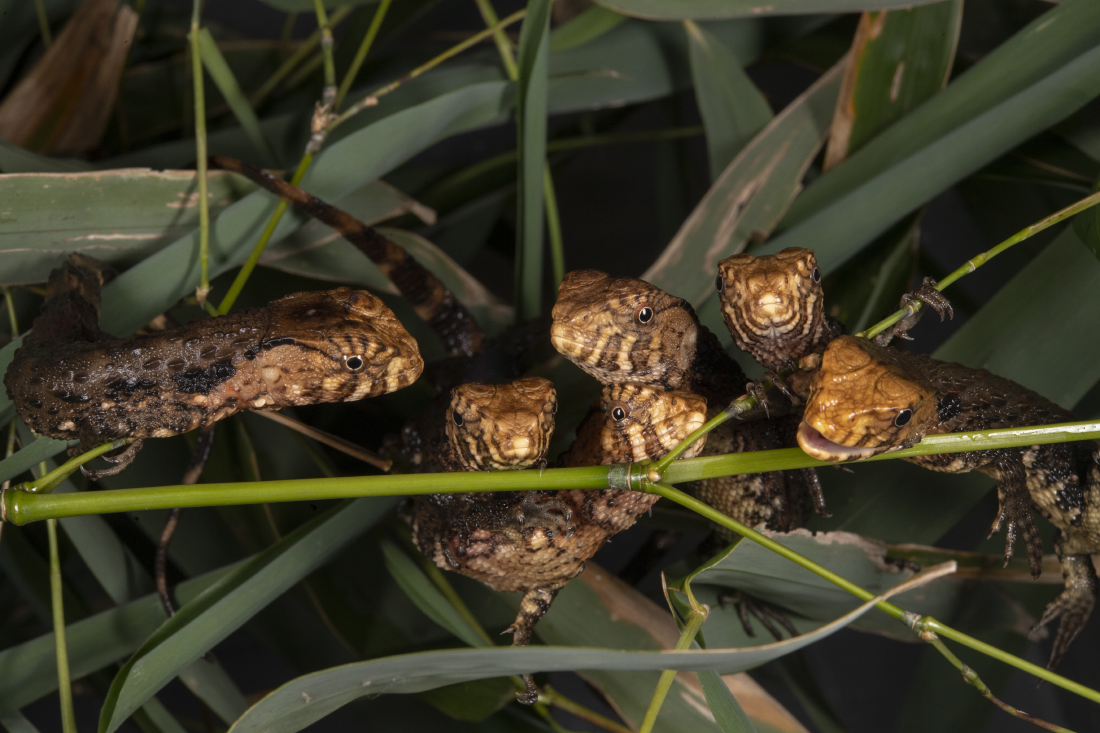