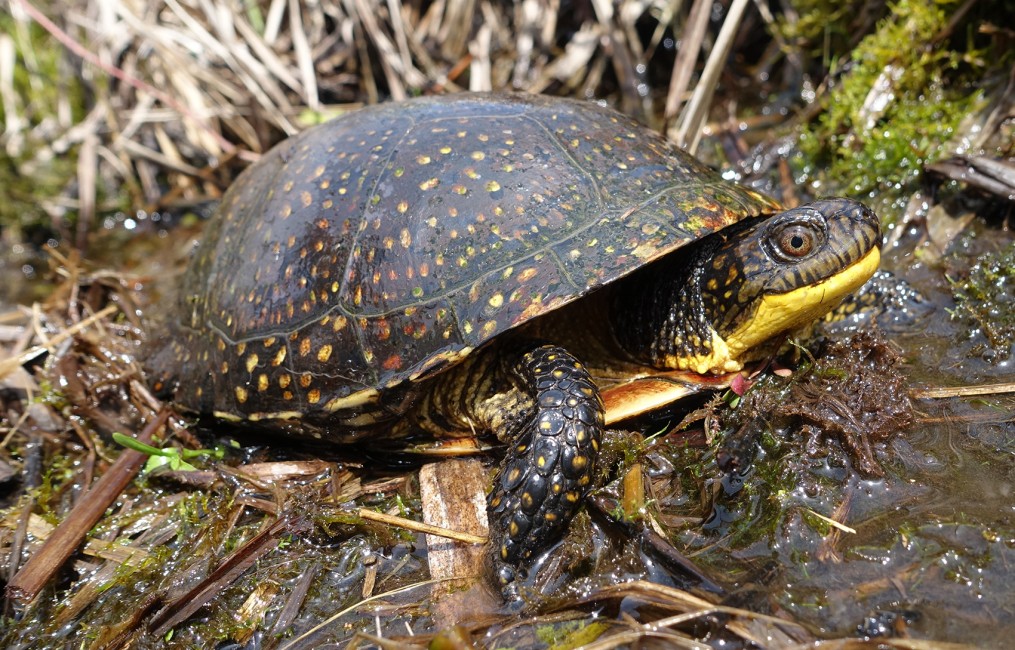 This is an adult female Blanding’s turtle (Emydoidea blandingii) from a long-term study population in Ontario, Canada. The lower shell of this species has a hinge that allows the turtle to safely pull inside and close the “door” when confronted by a predator.

Even with this adaptation for safety, Blanding’s turtles are a threatened species in Ontario due to illegal collection, loss of wetland habitat, and increased depredation of nests from subsidized predators (raccoons and striped skunks that have inflated population sizes due to being “subsidized” by human garbage and farm crops). In addition, these turtles make long seasonal movements, often over land, and are exceptionally vulnerable to being hit on roads.

Active recovery efforts are taking place, though threats continue to increase in both number and severity.

EDITOR’S NOTE: This photo was chosen as one of the top submissions for Wild View’s Time for Turtles assignment.

We have these in southern New Hampshire along with spotted turtles, box turtles, snapping turtles, painted turtles and wood turtles. Not sure of any other species, but we see these on a fairly regular basis. 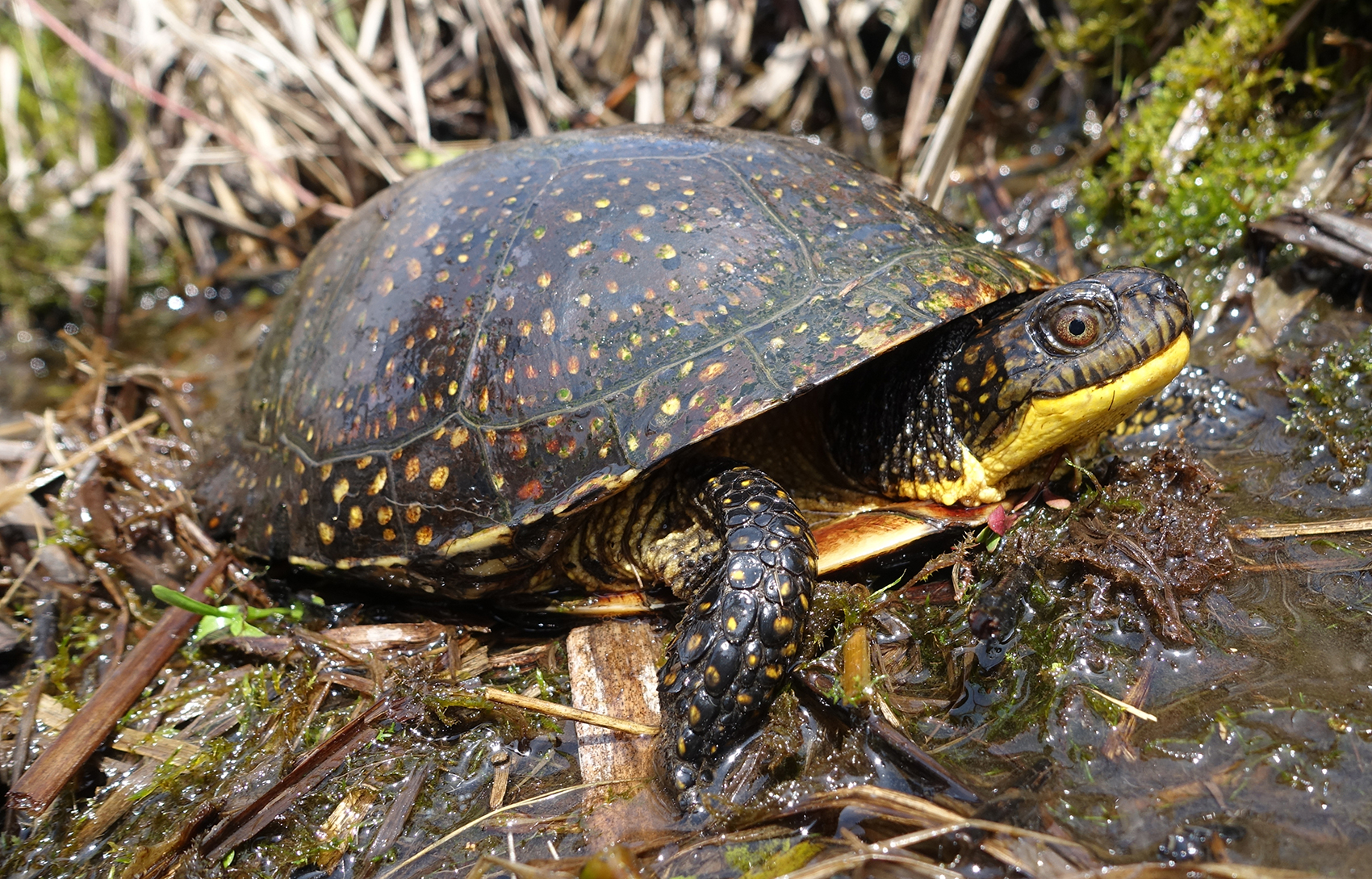