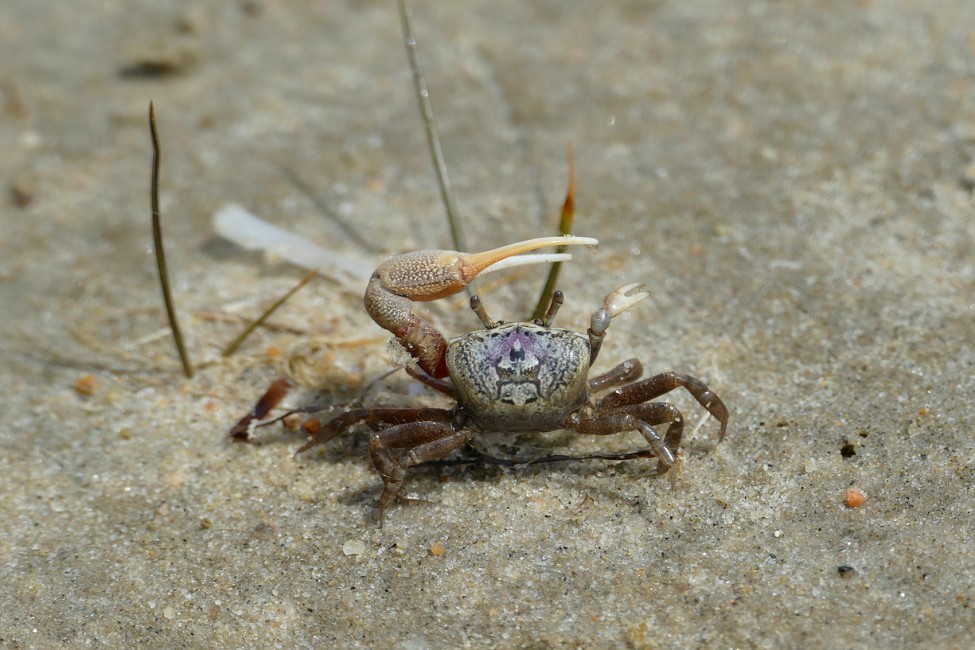 The Atlantic sand fiddler (Uca pugilator), named for its large claw that can be larger than its body, is a small gem to find in the mudflats of Cape Cod, Massachusetts.

While walking through an area of marshland, I looked down to notice a minuscule crab dancing around my foot. The sand fiddler held its oversized claw in the air dancing back and forth across the sand as if to try and ward me off.

These tiny crustaceans are colonial and can be found traveling together — sometimes in the thousands — when they are feeding. Despite being so small, they play an important role in salt marsh ecology, mainly due to the aeration that their burrows provide to the sediment.

Not only are these crabs important to the environment, they are also quite entertaining to watch during a close encounter.

Cape Cod, US Map It 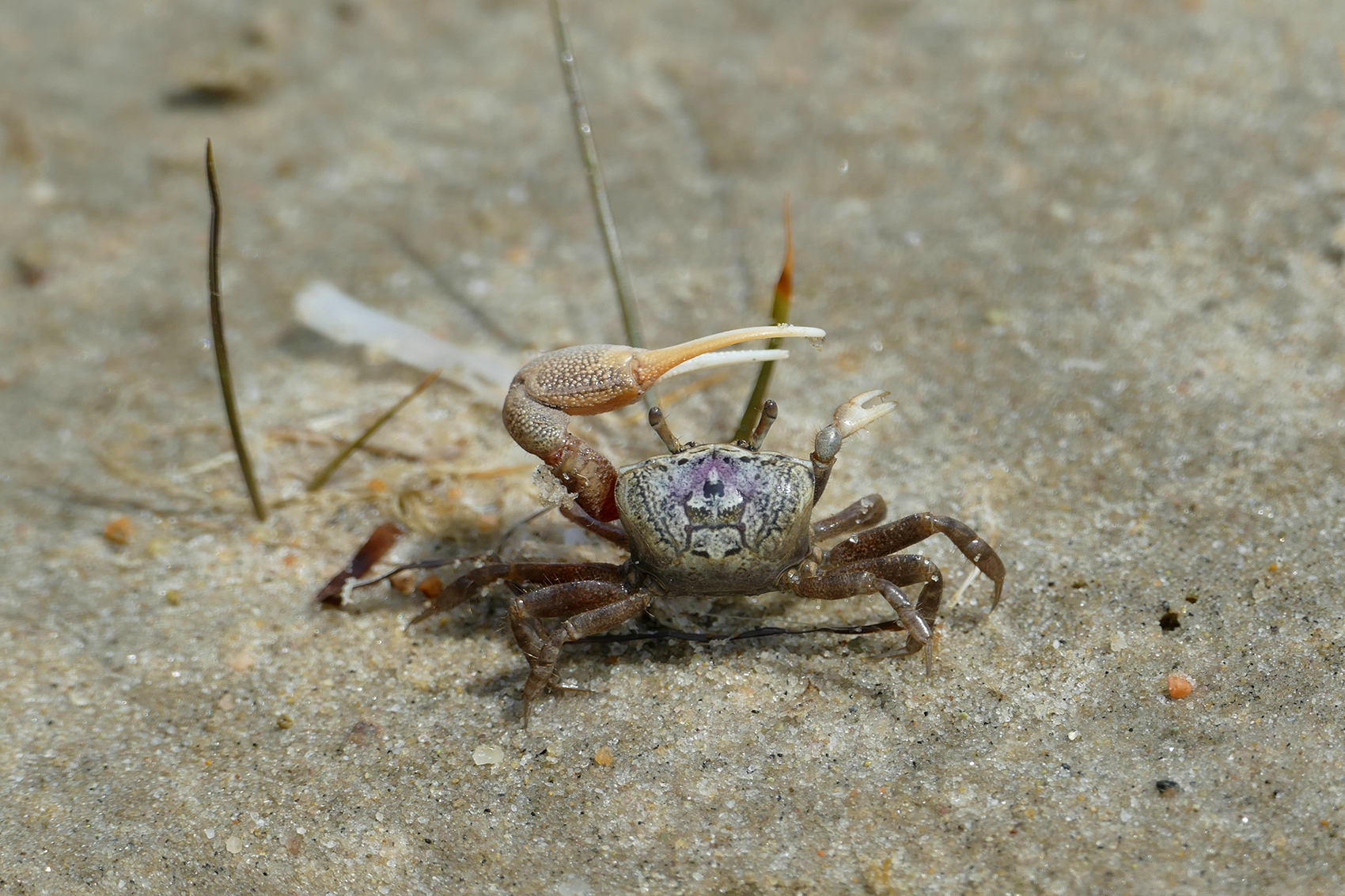