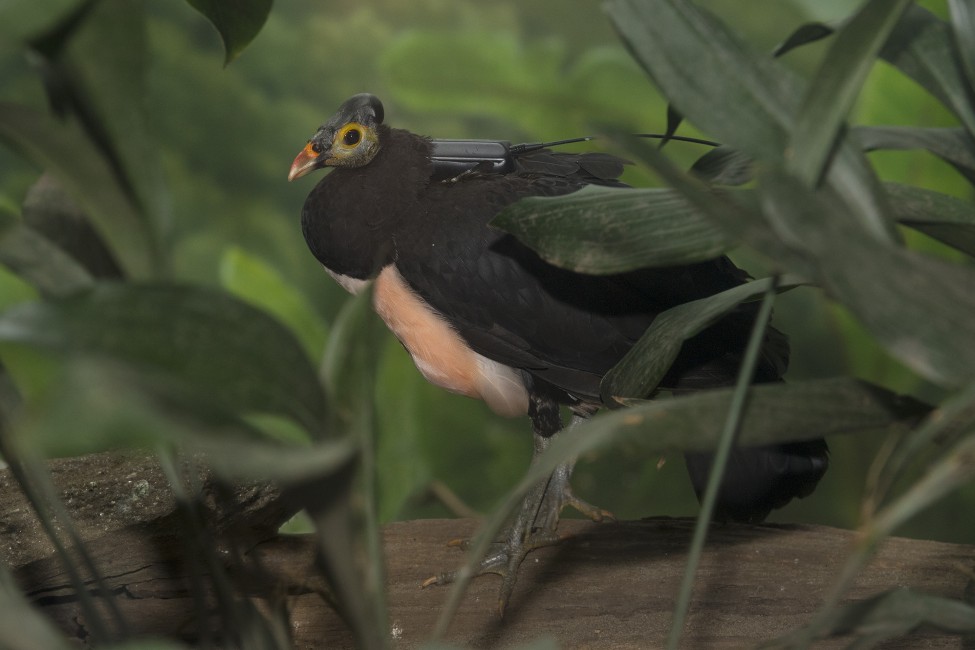 A curious and chicken-like bird, the maleo, (Macrocephalon maleo), is endemic to the Sulawesi and Buton Islands of Indonesia. Maleo inhabit lowland and hilly rainforest and use corridors to travel between these areas and their nesting sites. Maleo are communal nesters, laying their eggs in sandy beaches heated by solar and/or geothermal radiation.

The Wildlife Conservation Society’s Bronx Zoo bird department is working with the WCS Indonesia Program to gather data on the distribution of maleo and leverage it to preserve forests that are essential to the long-term survival of this flagship species.

Two maleo were fitted with backpack-style GPS units at the Bronx Zoo (above). The birds are being observed daily over a two-to-four week period, then the GPS units will be removed. Global Position System (GPS) via Very High Frequency (VHF) transmitters provides precise geographic position data at predetermined intervals. This system was used successfully for wild turkey (Meleagris gallapavo) in similar investigations. The goal of this study at the zoo is to determine the proper attachment method for the backpack units prior to deploying them on maleo in Sulawesi.

Maleo are listed as Endangered by the IUCN Red List of Threatened Species. Among the major threats to their populations are unsustainable harvesting of eggs, human disturbances of nesting grounds, and habitat degradation. Conservation action plans include community-based education programs, protection of the remaining nesting sites, and extension of protected areas including the forest corridors and non-breeding ranges. 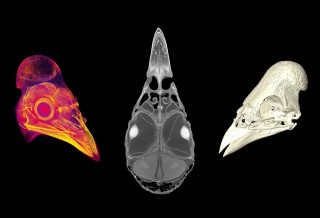 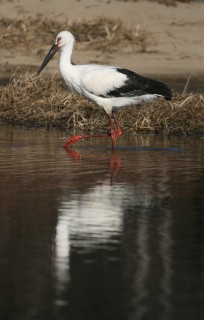 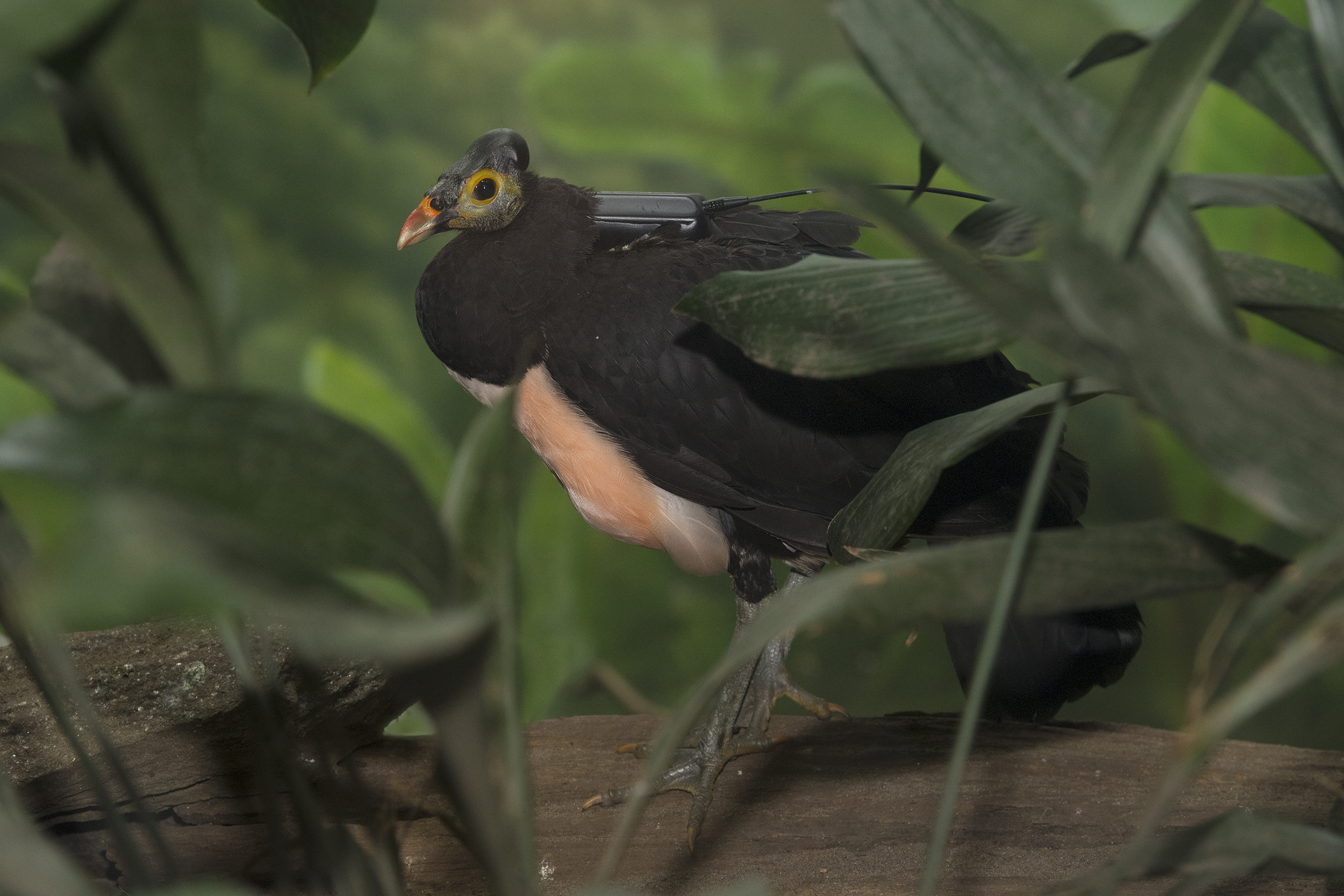