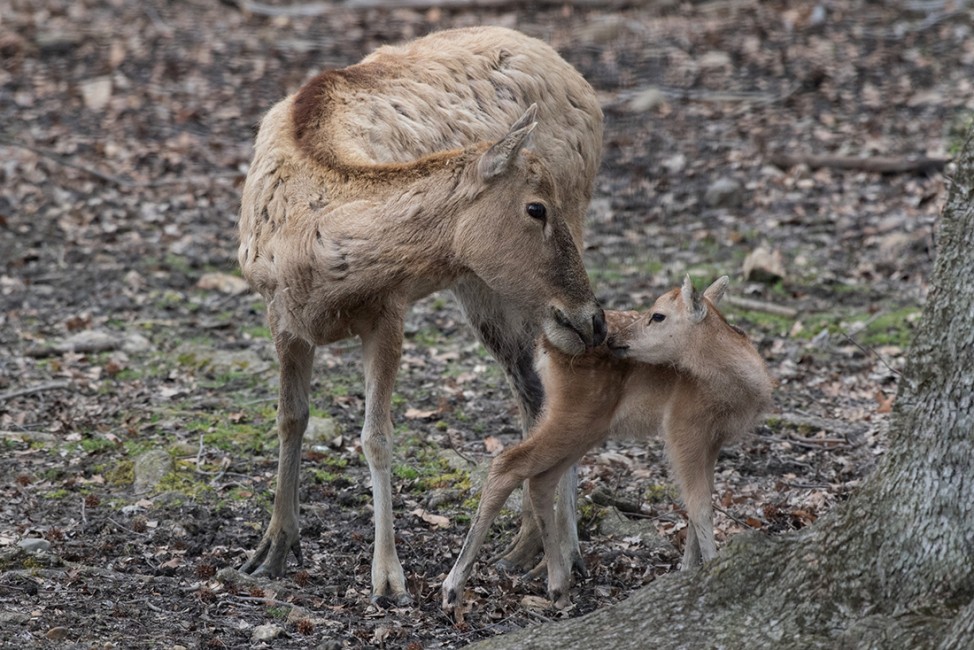 A guttural bellow pierces the morning air, as the Wildlife Conservation Society Bronx Zoo’s herd of 27 Père David’s deer explore their wooded landscape. Four rare fawns can be seen clustered together as the stags partake in bellowing and fighting for dominance during the summer rutting season. The new fawns born this April bring the tally up to 165 individuals born since the Bronx Zoo became the first zoo in North America to exhibit this species in 1946.

Père David’s deer are one of the most unique-looking representatives of the deer family. The Chinese sometimes refer to them as sibuxiang “four not alike”, since this species has body parts that appear to have come from cattle (wide hooves for navigating marshy terrain), deer (unusual antlers that branch backwards), donkeys, (long tail) and camels (long neck).

Père David’s deer are named for French missionary Père David (Father David) who was the first Westerner to observe this species, and who helped negotiate for several individuals to be brought back to Europe. Shortly after a handful of individuals made their way to Europe, this species was completely wiped out in their native homeland of China. Due to successful captive breeding programs, small pockets of this species can now be seen in Chinese reserves.

EDITOR’S NOTE: Baby animals, like this fawn, make us go ‘aww’. Catch some of their first and funniest wild moments on camera and share them with us at Wild View’s Oh, Baby! Assignment with a Patagonia Backpack prize for the winner. CONTEST ENDS AUGUST 2, 2017! 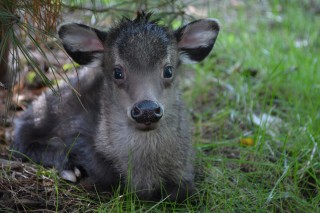 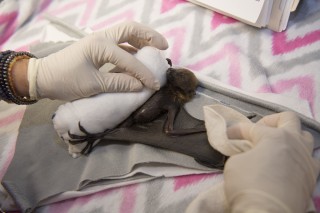 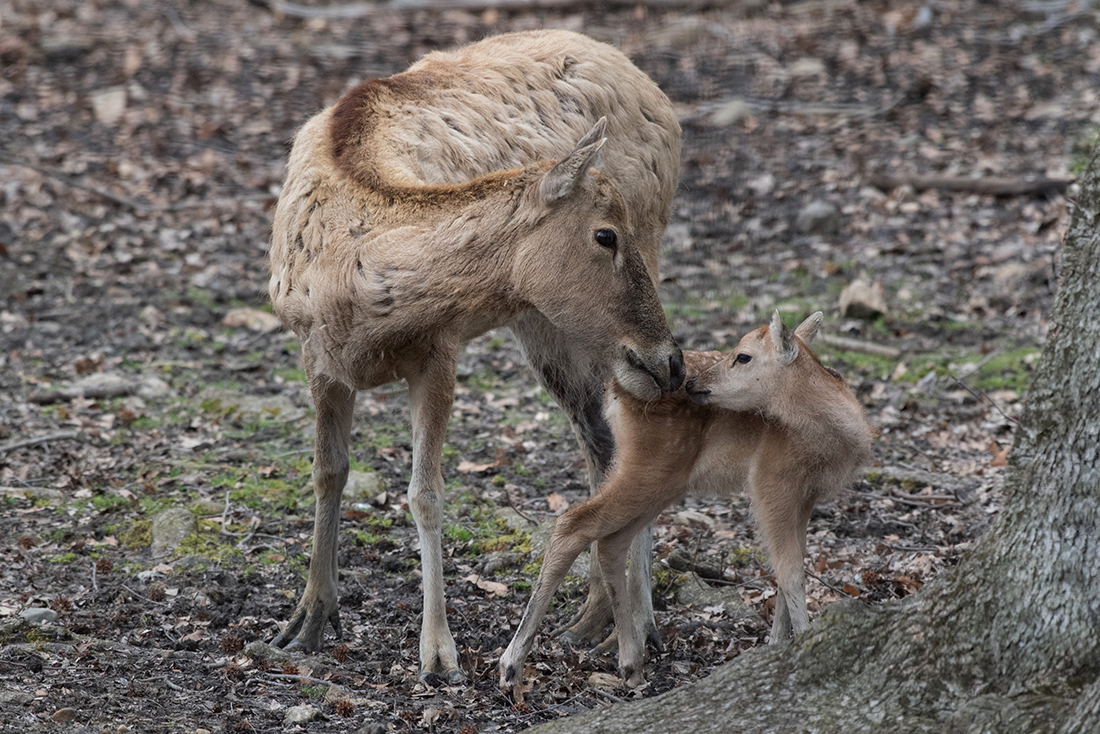