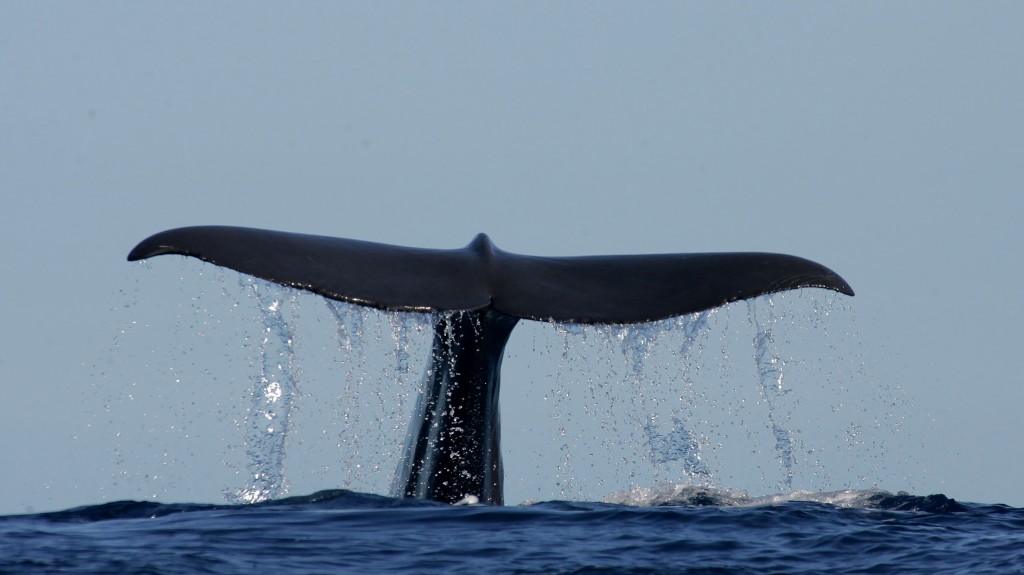 After minutes of replenishing its oxygen reserves at the surface, a sperm whale raises its fluke high, plunging vertically into the ocean’s depths. These whales can dive thousands of feet in search of prey, typically squid. Because light does not penetrate deep in the ocean, sperm whales rely on biosonar to navigate and find food, producing a series of very loud clicks and listening for the echoes that bounce off their prey.

I encountered this sperm whale in waters off the Azores, a group of islands halfway between Europe and North America. After three quarters of an hour tracking it by listening to the cacophony of clicks, the whale finally emerged a few hundred yards off my bow.

The cuts and nicks on the trailing edge of sperm whale flukes are unique to each whale, and scientists use them to identify individual animals. As I approached this whale to photograph its fluke, an unexpected swell dipped my boat into the trough and raised the fluke high against the sky background, allowing me to capture this image. 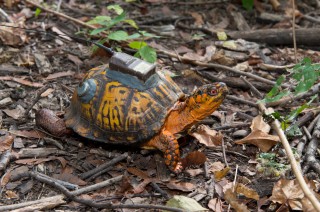 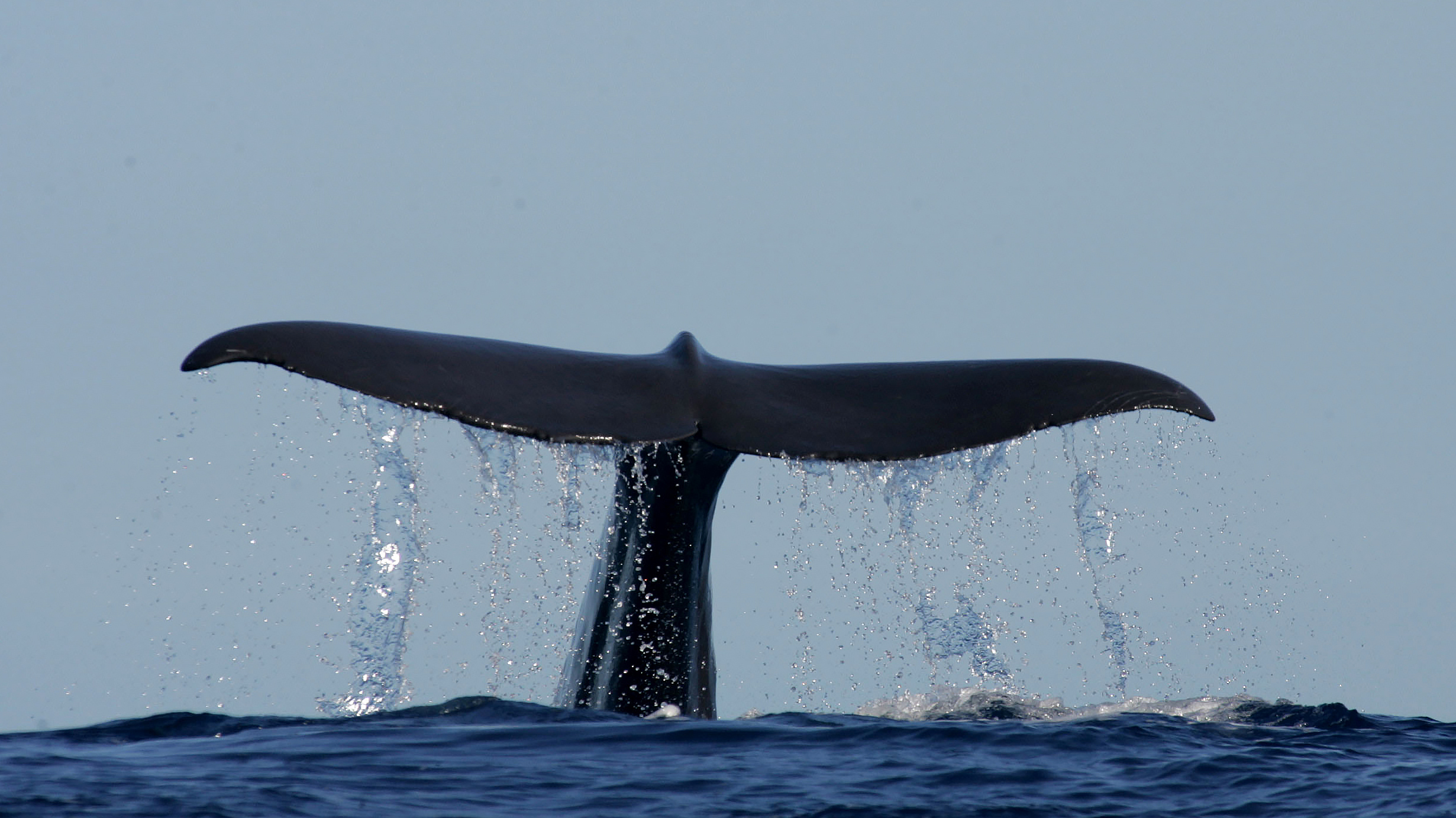