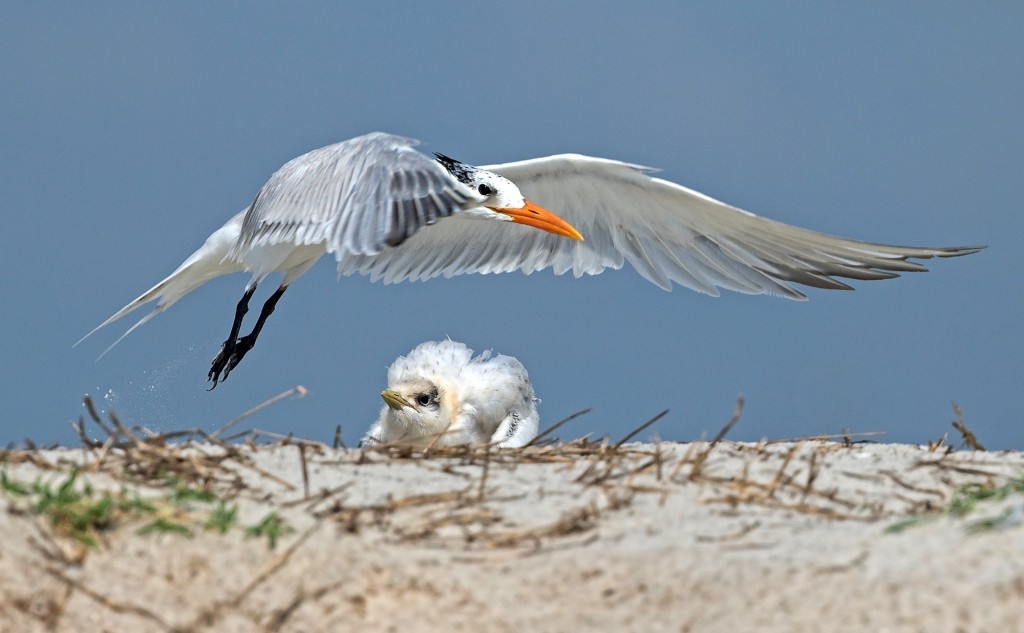 This royal tern chick, seen under the protective wings of its parent, is part of a wonderful success story for the City of Jacksonville Florida’s Huguenot Memorial Park shorebird nesting program.

Each year, thousands of royal terns and laughing gulls, and a few other species, gather on this small public beach to hatch and raise another generation. About eight years ago, the city, supported by the Florida Fish and Wildlife Conservation Commission, began a nesting bird protection and bird stewarding program (aided by volunteers), to protect the fragile habitat nesting area. At the same time, they educated the local public beachgoers on the importance of giving these beautiful birds a safe and secure place to grow and fledge.

It has been a huge success. This little royal tern chick, called a downy, is under the wings of many watchful eyes now.

Oh, baby! How we love to watch you grow.

EDITOR’S NOTES: This photo was chosen as one of our top submissions from our Wild View Oh, Baby assignment. Check here for the current assignment.

According to the City of Jacksonville’s parks naturalist, this royal tern and laughing gull colony is the largest on the east coast of Florida. These birds began reusing the area for nesting in 2008. Now, there are an estimated 5000 royal tern nests and 4000 laughing gull nests each season. 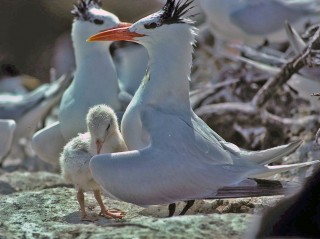 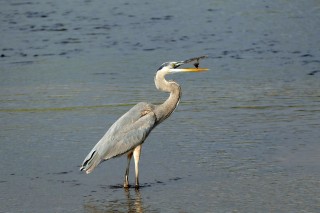 Patience is a Virtue Among Herons 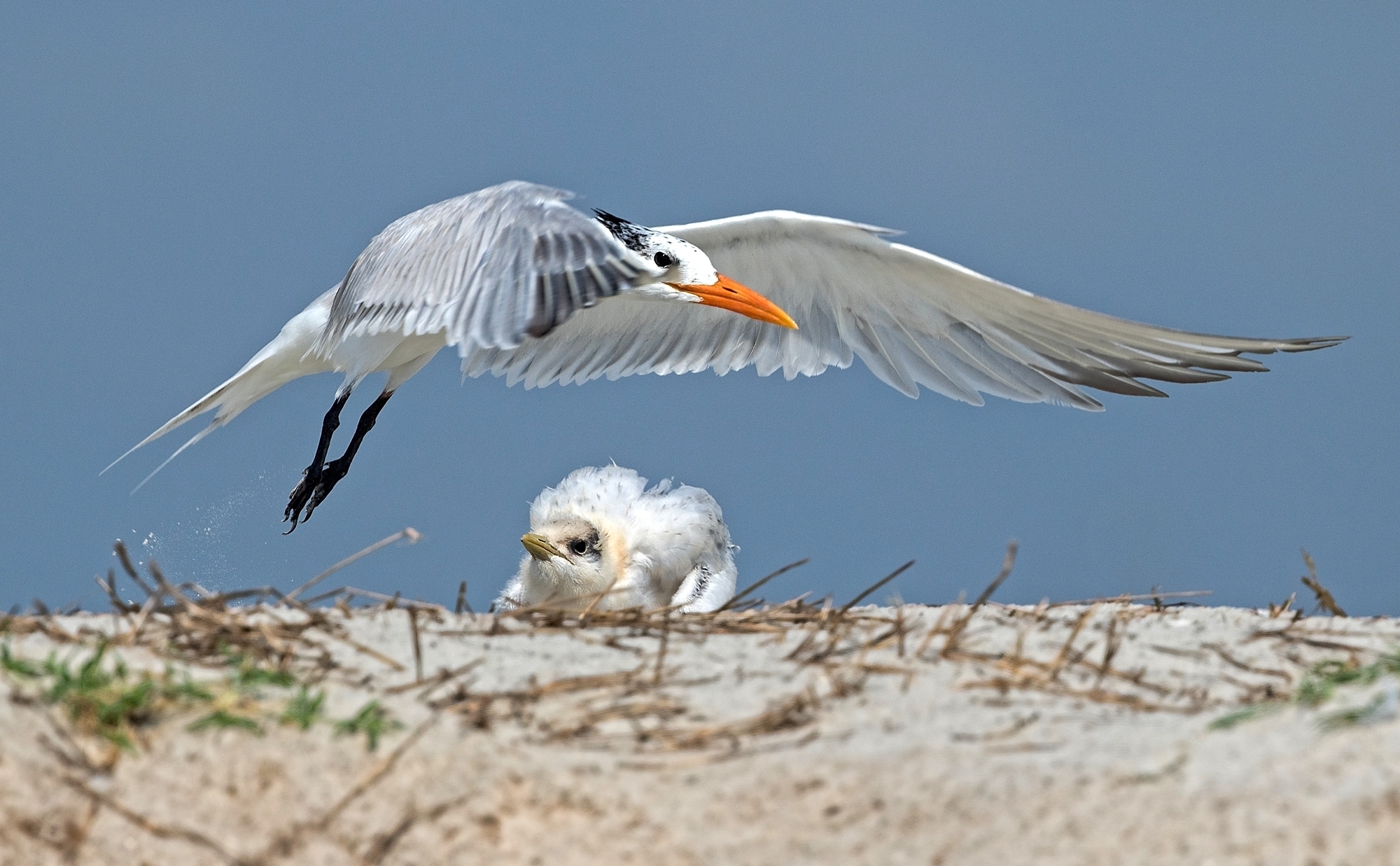