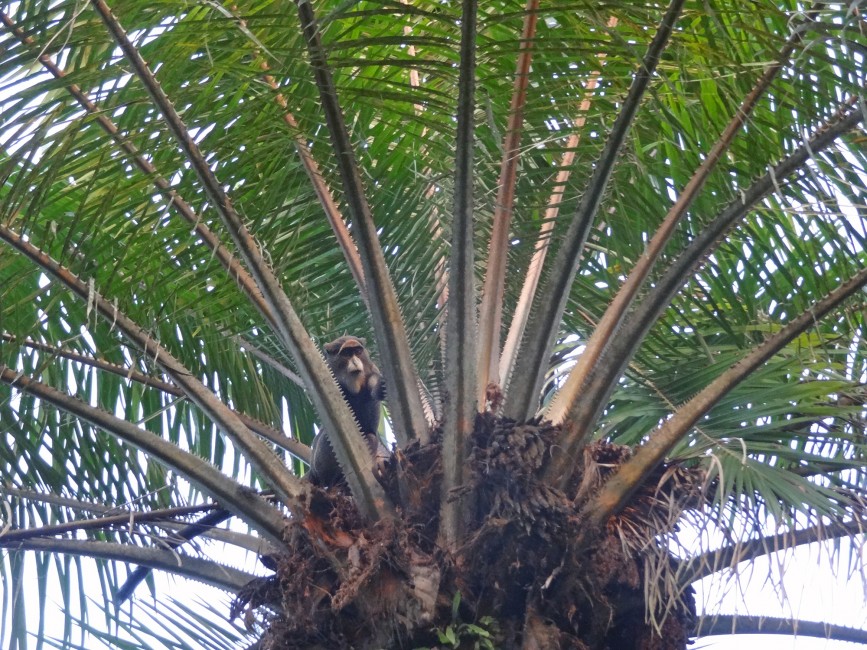 Up in Bomassa, just outside of Nouabalé Ndoki National Park, is our flagship site in Congo where the Wildlife Conservation Society is partnered with the government to manage and protect this amazing place full of forest elephant, gorillas, chimps, and so much more.

I am sitting in planning meetings with deep forest all around except for the Sangha River rushing by along one side of the camp. I keep my ears peeled at all times – elephants can emerge at any moment – they don’t, but they could.

As the day winds down, the forest sounds close in, and the tree branches begin to twitch. Then, I see why. De Brazza’s monkeys, apparently regular visitors – inhabitants, really – of Bomassa camp are just getting into the swing of things. And they come close. They seem to have no wariness.

This particular monkey was hanging around right overhead, watching our activities as keenly as I was observing him. He seems amused as I try to get a clear shot of him. His branch stops rustling, and I aim at the airspace between his current location and the tempting nearby palm. I get an excellent in-flight shot, but it’s really just a blur. Then a final reward, he gives me a break and peers over. 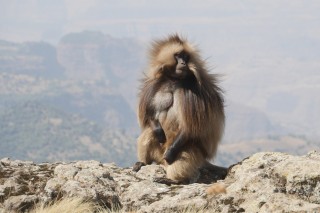 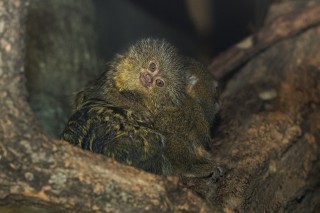 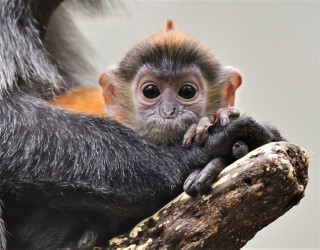 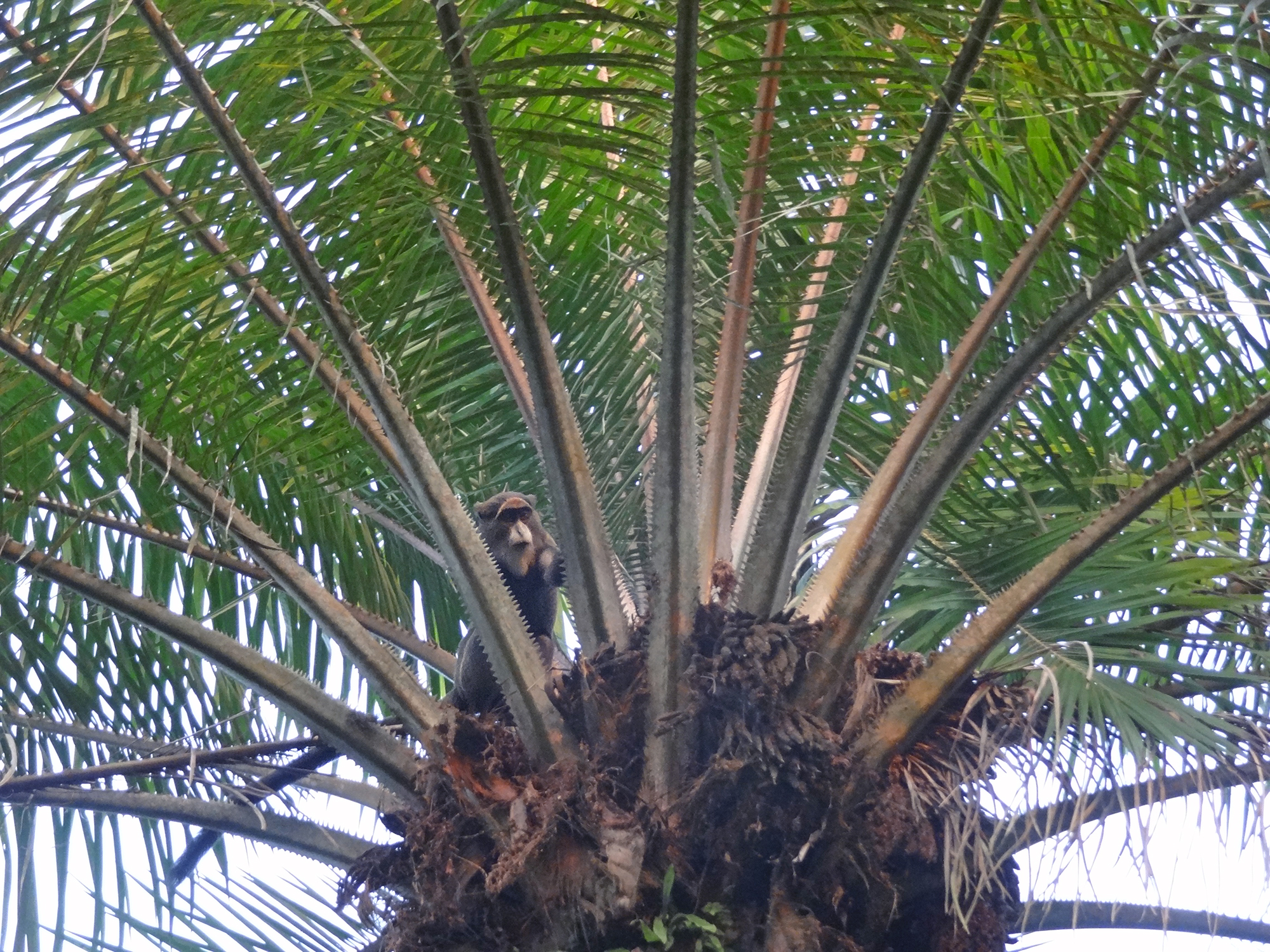