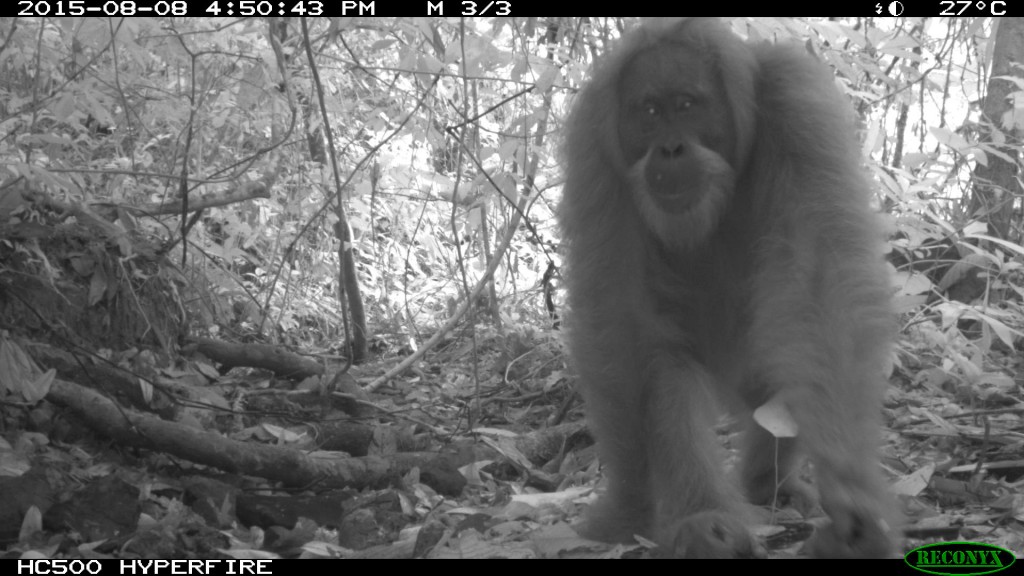 Having our motion-triggered camera traps positioned at the foot of trees makes it unlikely that orangutans will be frequently detected by them.

Orangutans are almost completely arboreal, meaning that they spend most of their time in the trees. They eat and sleep there, using both hands and feet to move from tree to tree. Though less often, they are also known to walk on the ground between trees that are too far apart.

Our research project focuses on ground-dwelling mammals that eat fallen fruit, but we were lucky to have one of our camera traps capture this Bornean orangutan’s image along a dried up stream about one kilometer off the trail in a forest in Malaysian Borneo.

The Bornean orangutan is one of two subspecies of orangutan (the other is the Sumatran orangutan) that used to occur throughout the island of Borneo, but has since declined in distribution as a result of overhunting and habitat loss. This species is, therefore, listed as critically endangered. 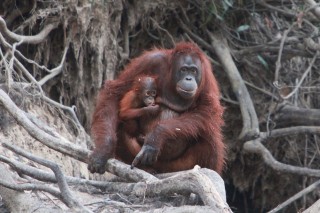 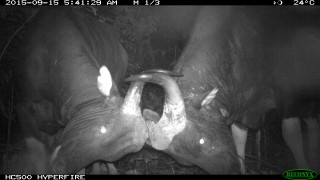 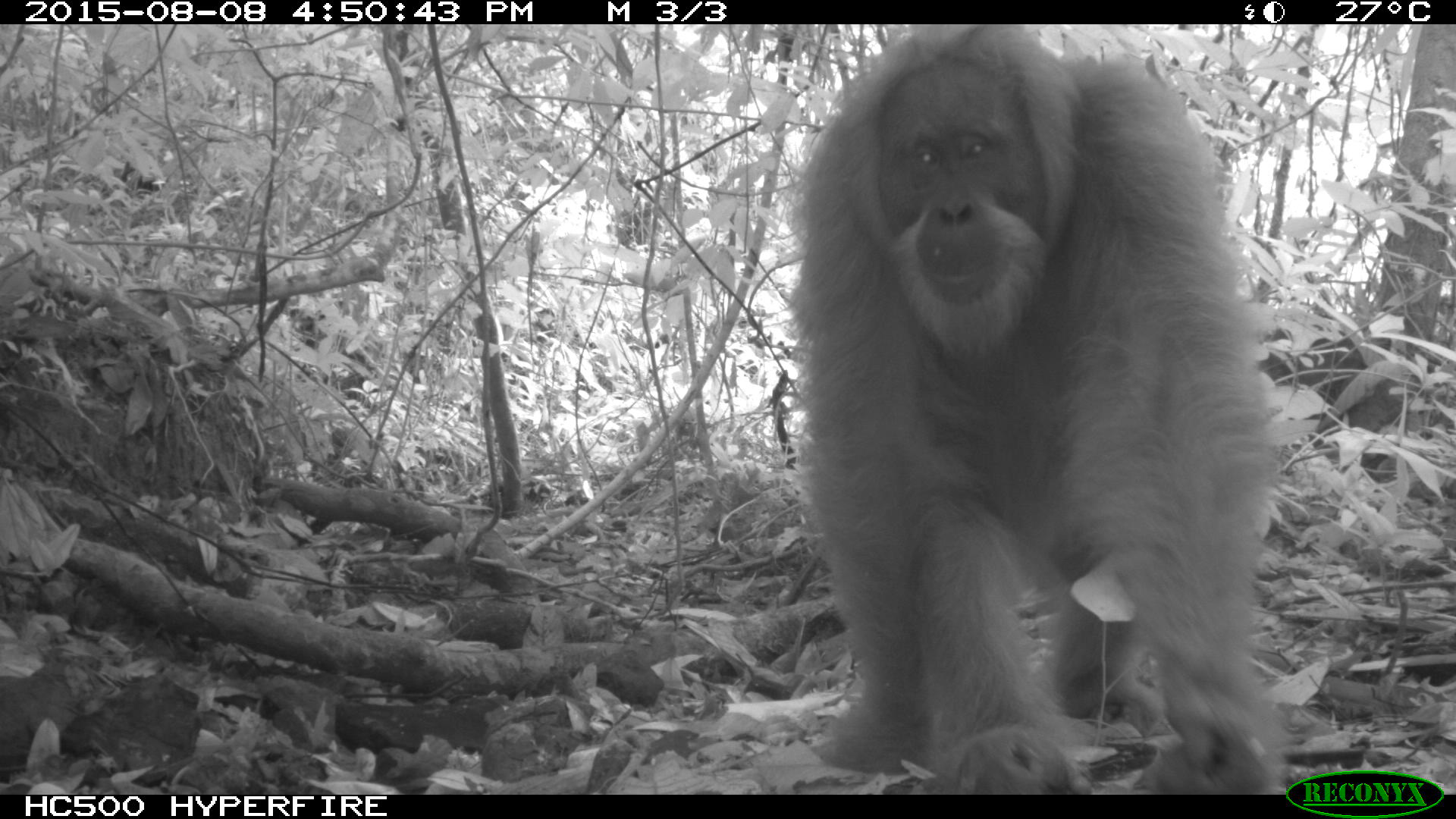