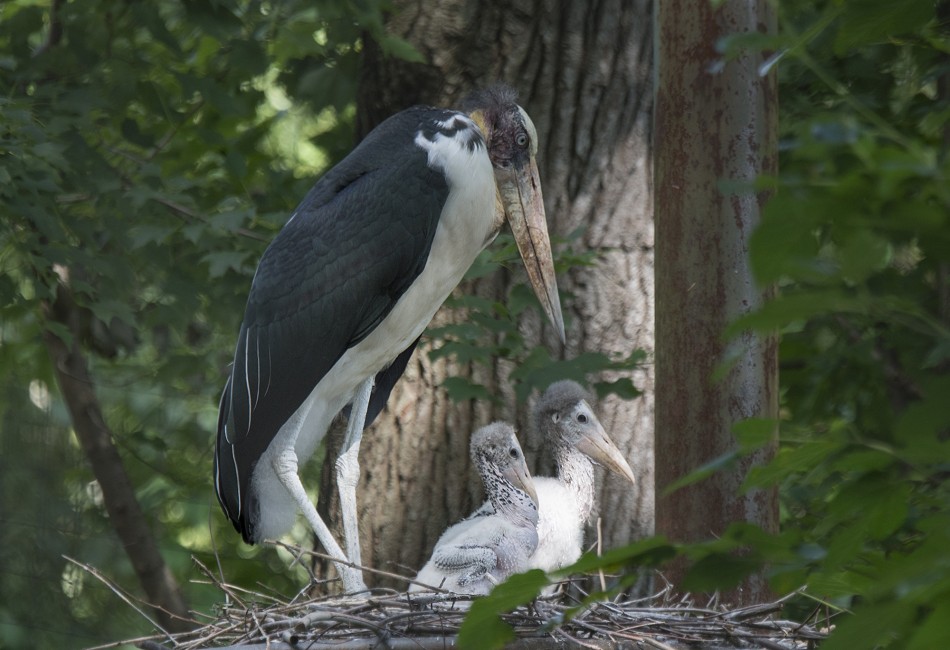 Stork Surrogates – Humans Dropped You Off

Storks have long been known in lore as being the bearers of those little bundles of joy. But if storks drop off human babies then who drops off stork babies?

Here at the Wildlife Conservation Society’s Bronx Zoo, the humans do, of course. More specifically, our wild animal keepers, whose jobs are just as wild as the animals they care for.

This year, for the first time, one pair of our lesser adjutant storks fostered the egg of a different pair. Keepers found a stork egg laying on the ground in our aviary. WCS bird staff put the egg in an incubator until it was about ready to hatch. Then, when the time was right, we climbed a ladder up to the nest of a different pair of storks (about 25 feet high), and placed the egg in its new nest. The surrogate female stork sat on it along with her own eggs.

Since then, the egg has hatched. The adopted chick (above, right) has grown and thrived under the care of its foster family that includes a mother, father, and a sibling.

Visitors have a wonderful opportunity to visit the Bronx Zoo’s stork propagation area, located between the Aquatic Bird House and the Aitken Aviary, to see firsthand how these young storks are growing. .

I wonder if the little stork’s parents will jokingly tell it that the humans dropped it off on their doorstep? 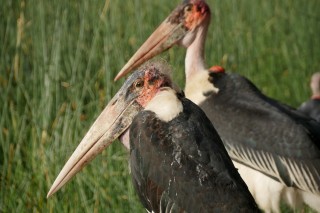 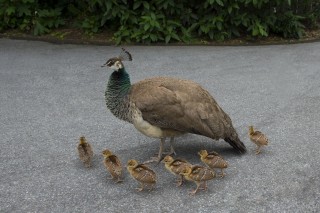 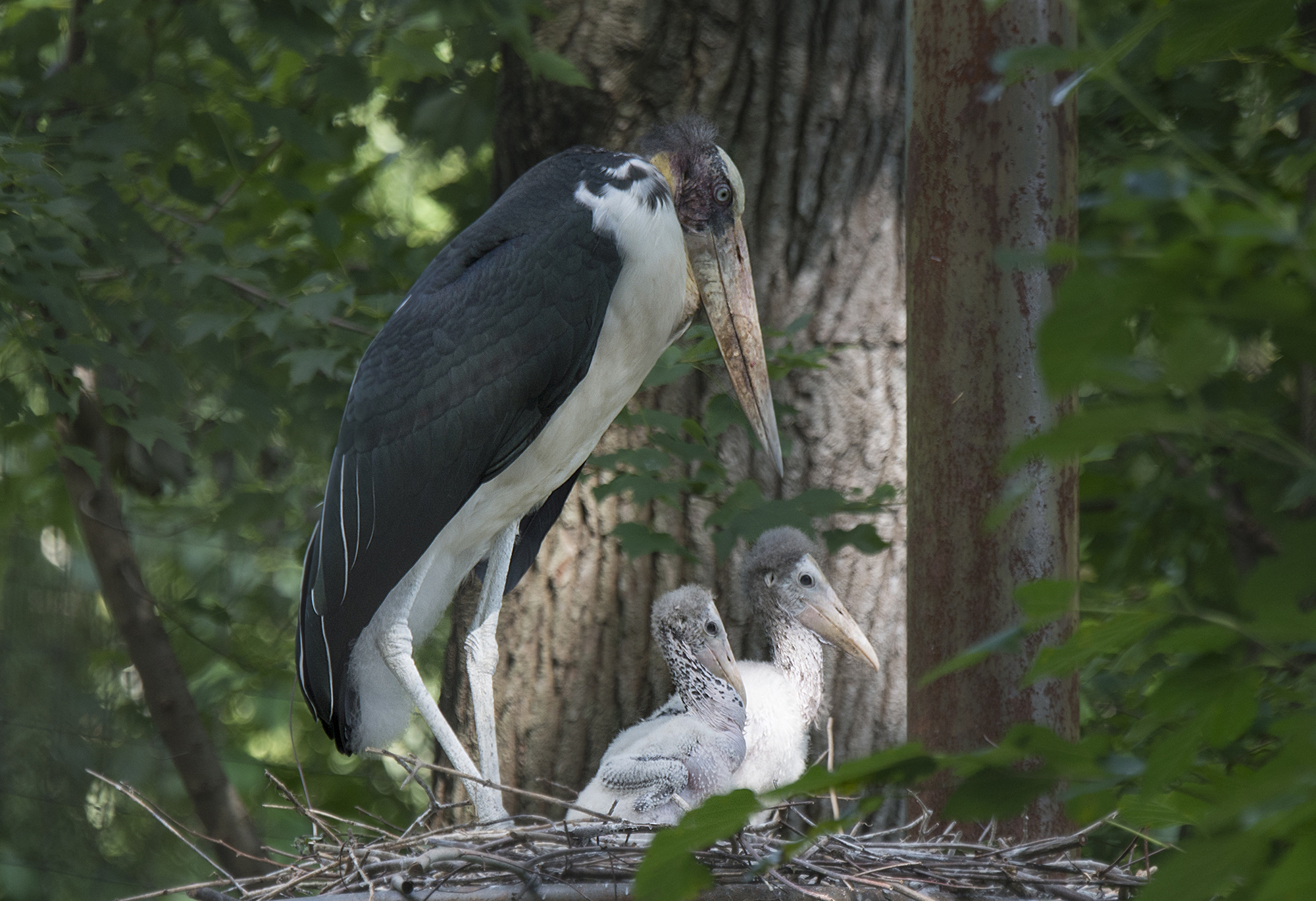