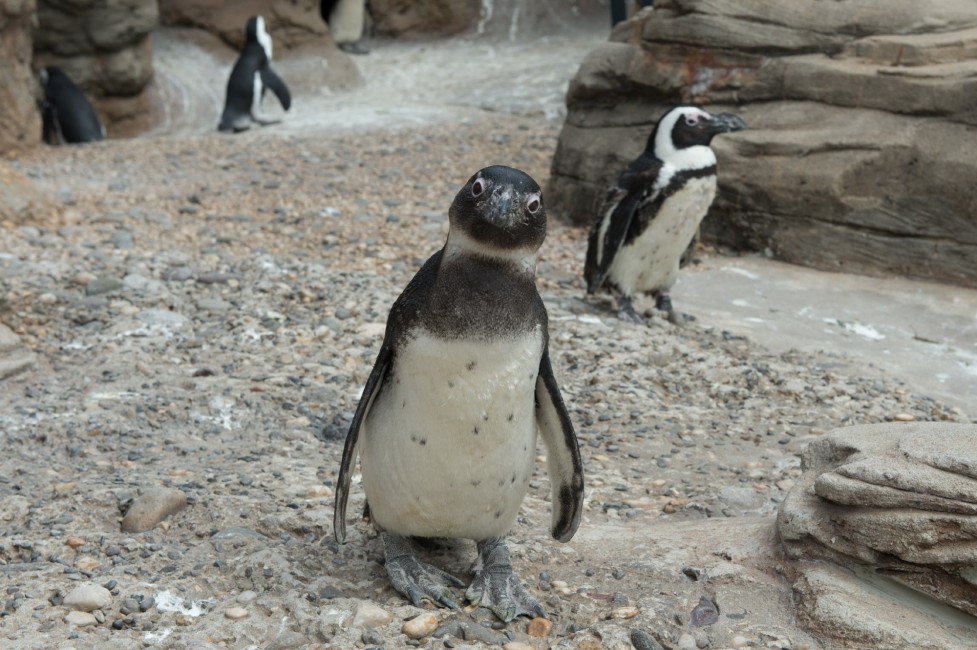 Meet “Ferris,” a young African penguin that lives in the colony at the Wildlife Conservation Society’s New York Aquarium Sea Cliffs. He shares the exhibit with his brother “Easter” and 19 other African penguin relatives and friends.

One of 17 species of penguin, African penguins (Spheniscus demersus) are also known as the black-footed or jackass penguin. The last alternative name is for the donkey-like braying sound these birds make.

This species is found on the southwestern coast of Africa, from Namibia to South Africa. African penguins grow to 27” (70 cm) tall and weigh from 6 to 8 pounds (2-3 Kg).

The conservation status of the African penguin is listed as endangered according to the IUCN Red List of Threatened Species. Their population is estimated at about 120,000 birds, down from roughly four million at the beginning of the nineteenth century. Some of the factors that have affected the African penguin’s numbers are harvesting of eggs for human consumption, reduction of the food supply due to overfishing, removal of guano (penguin excrement) that is used for their burrowing sites and sold as fertilizer, and pollution due to oil tankers.

The WCS New York Aquarium is a member of AZA’s African Penguin Species Survival Plan that helps to conserve this penguin species and educate the public.

EDITOR’S NOTE: For our current assignment, we’re celebrating birds. Send us your best bird photos for a chance to win Vanguard binoculars and a backpack.

The Emperor Penguin’s Feather Coat
THE emperor penguin can jet through the water and leap onto an ice shelf at an amazing speed.
check this amazing video https://youtu.be/CoTG_Ja78xU 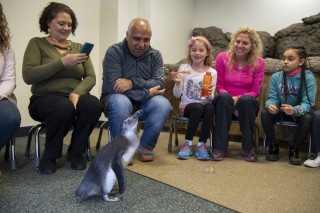 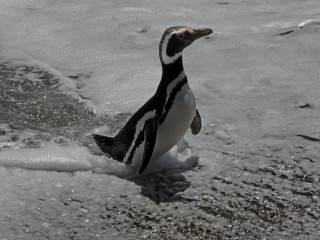 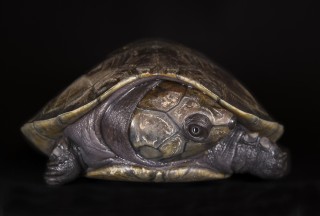 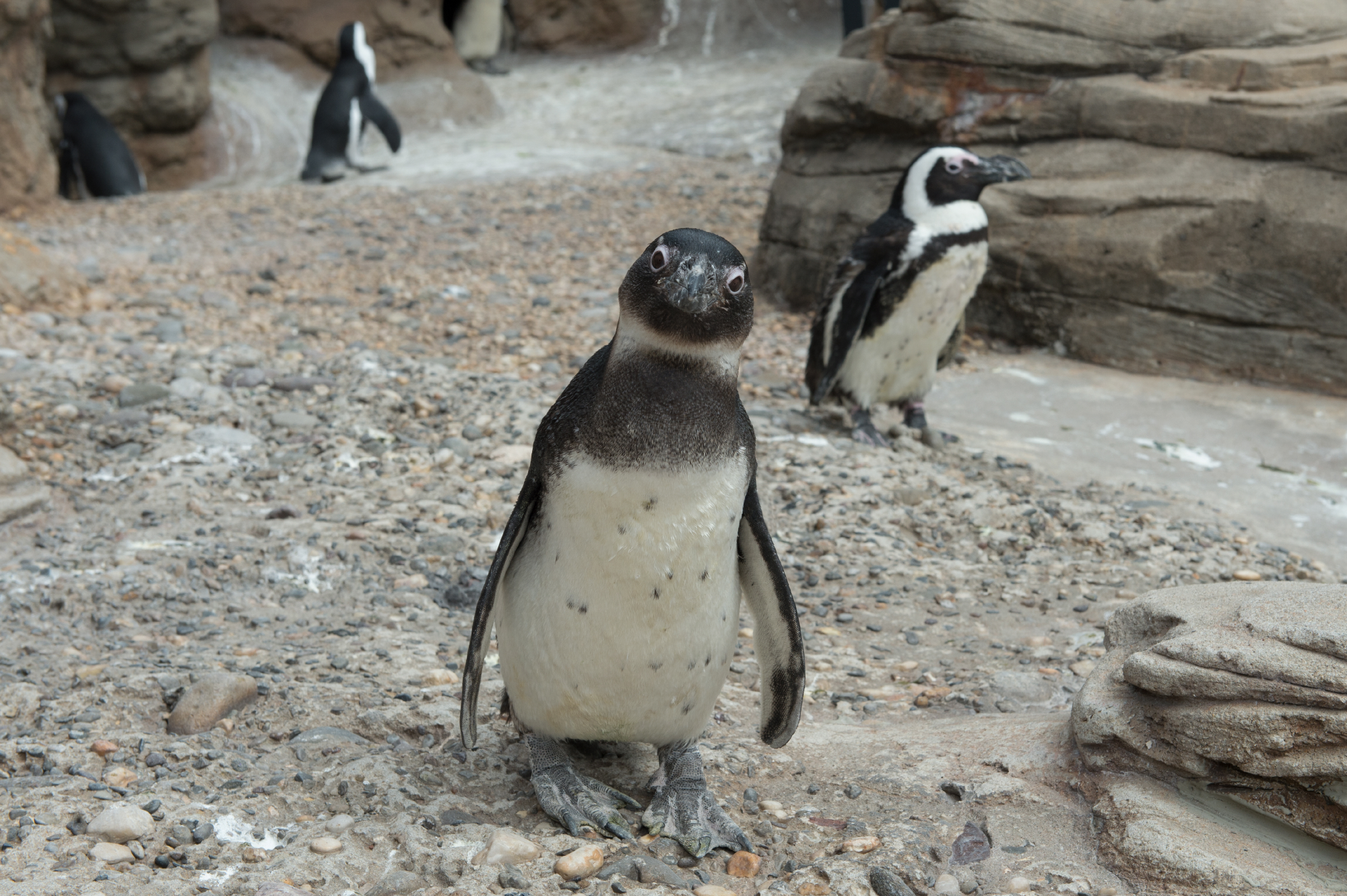