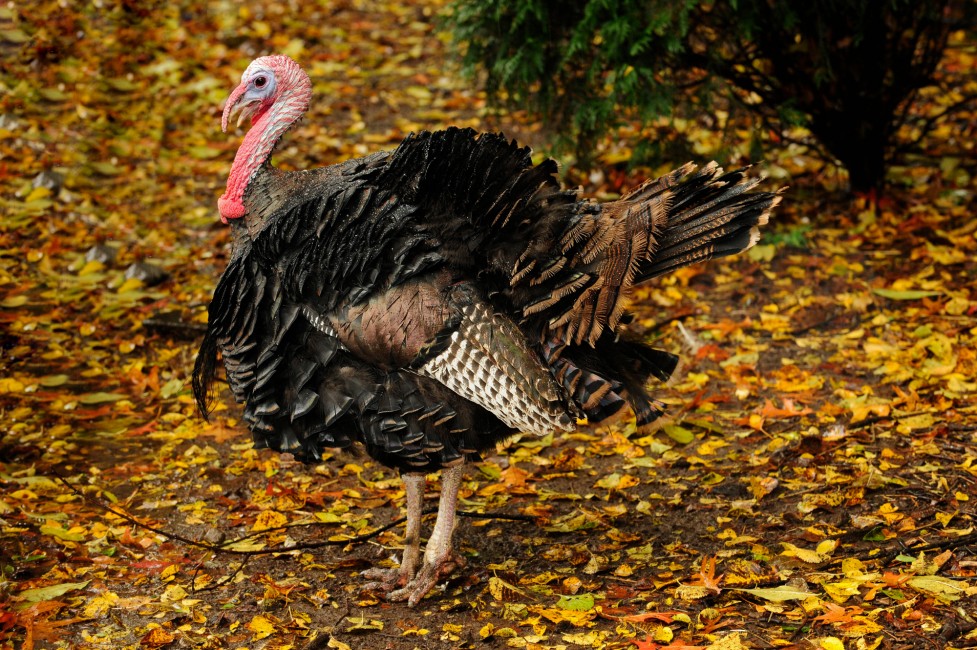 One of the popular animals in the Wildlife Conservation Society’s Prospect Park Zoo barnyard area is a large North American turkey named Franklin, after Ben, who advocated for turkeys to be our national bird early in our country’s history.

Franklin dramatically exhibits the distinguishing characteristics of a male turkey: his feathers are a glossy mix of brown, bronze, gold, purple, green and red; his bald head is a blend of red, blue, green and white, and turns brighter during mating behavior. His head also features a wattle, a drape of skin that flops over his beak, which also turns brighter red. Finally, he has a sprout of stiff “hair” on his chest called a beard. During mating season, males advertise their availability to females with a variety of sounds including the well known “gobble.”

Urban children rarely get to see a turkey that’s not on the dinner table, so it’s definitely a treat when they visit Franklin at the zoo. Visitors are encouraged to look closely at his feathers and unique coloration. When he’s fully puffed and strutting around the barnyard, they often agree – he’s just as beautiful as any peacock! 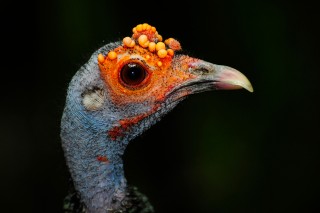 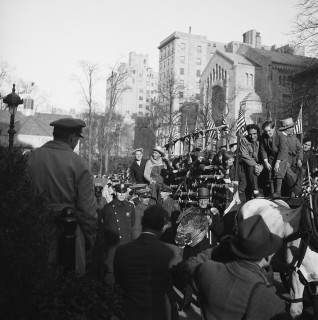 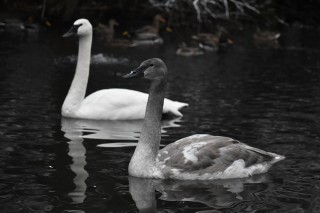 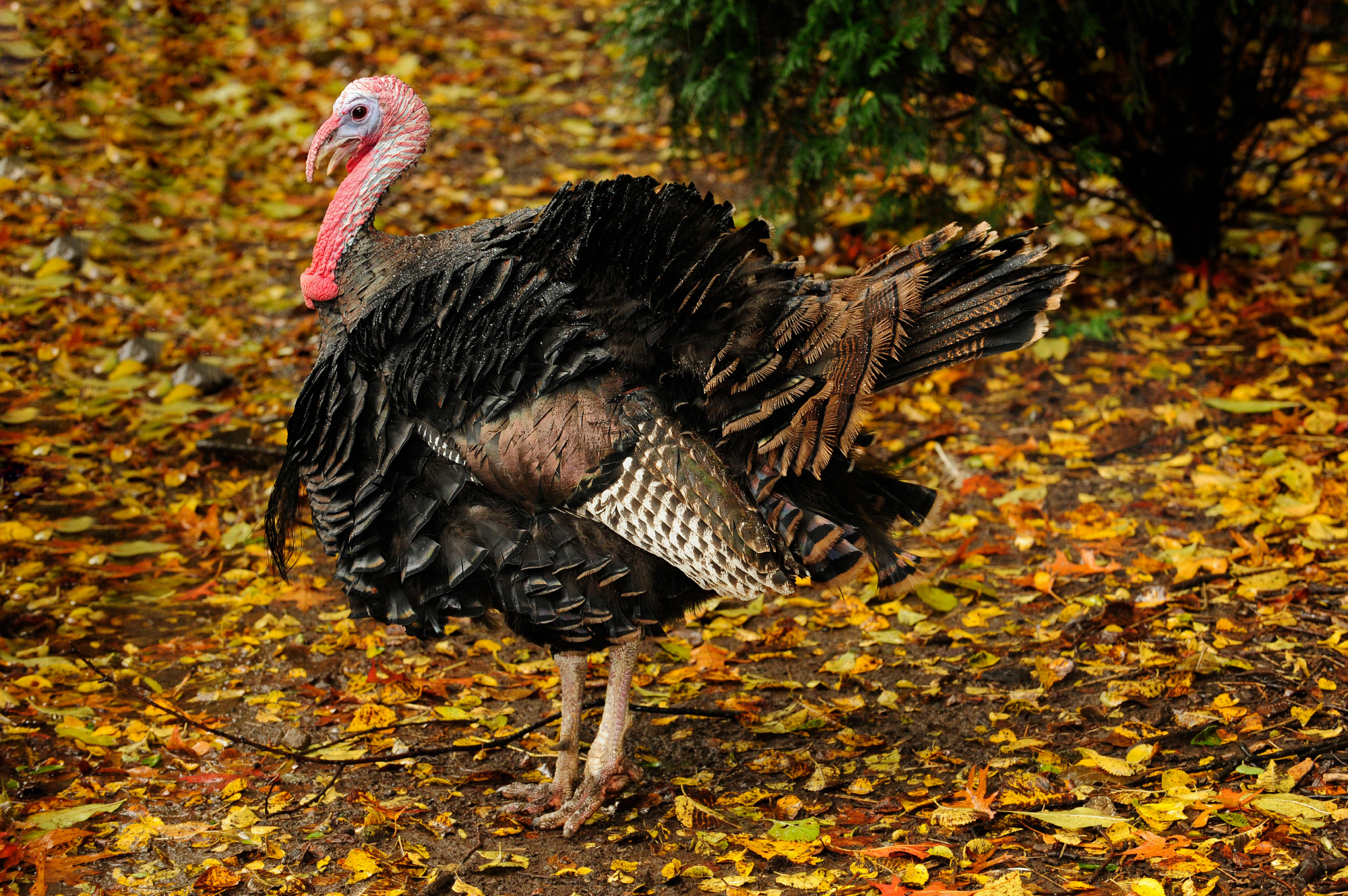