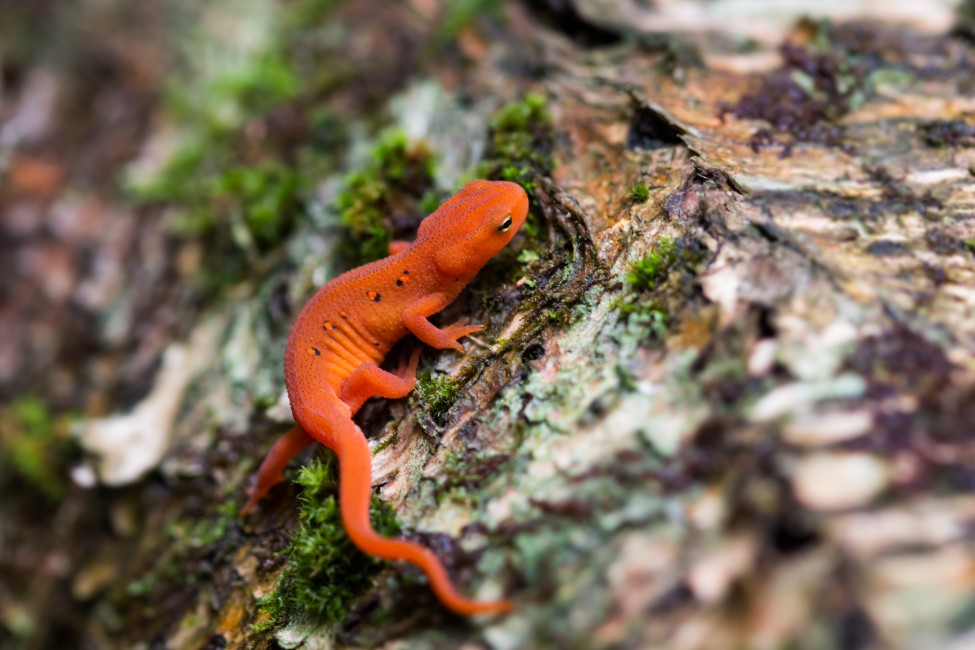 Wander the woods of upstate New York after a summer rain, and red efts seem to spontaneously emerge from the leaf litter. Their striking orange color and slow, deliberate movements almost dare potential predators to gobble down what looks like an easy meal. They’d better not, as this seeming vulnerability belies a powerful defense mechanism: poison secreted through their skin.

Red efts are the terrestrial form of the eastern or red-spotted newt. After hatching from a pond or other body of water, juveniles come ashore and live for up to three years in adjacent woodlands. Eventually they return to the water and take on a dark brown or olive color to live their lives as aquatic adults. But while on land they give a pleasing splash of color to the otherwise austere greens and browns of our eastern forests. 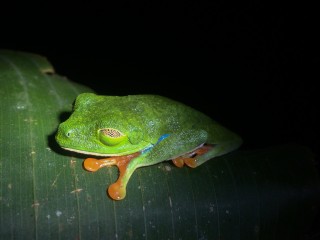 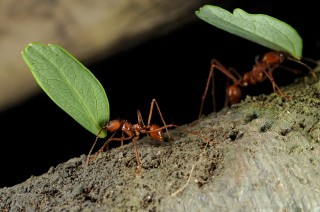 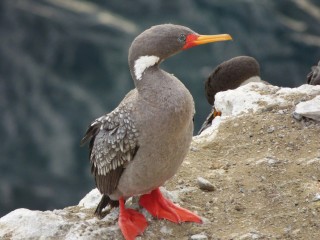 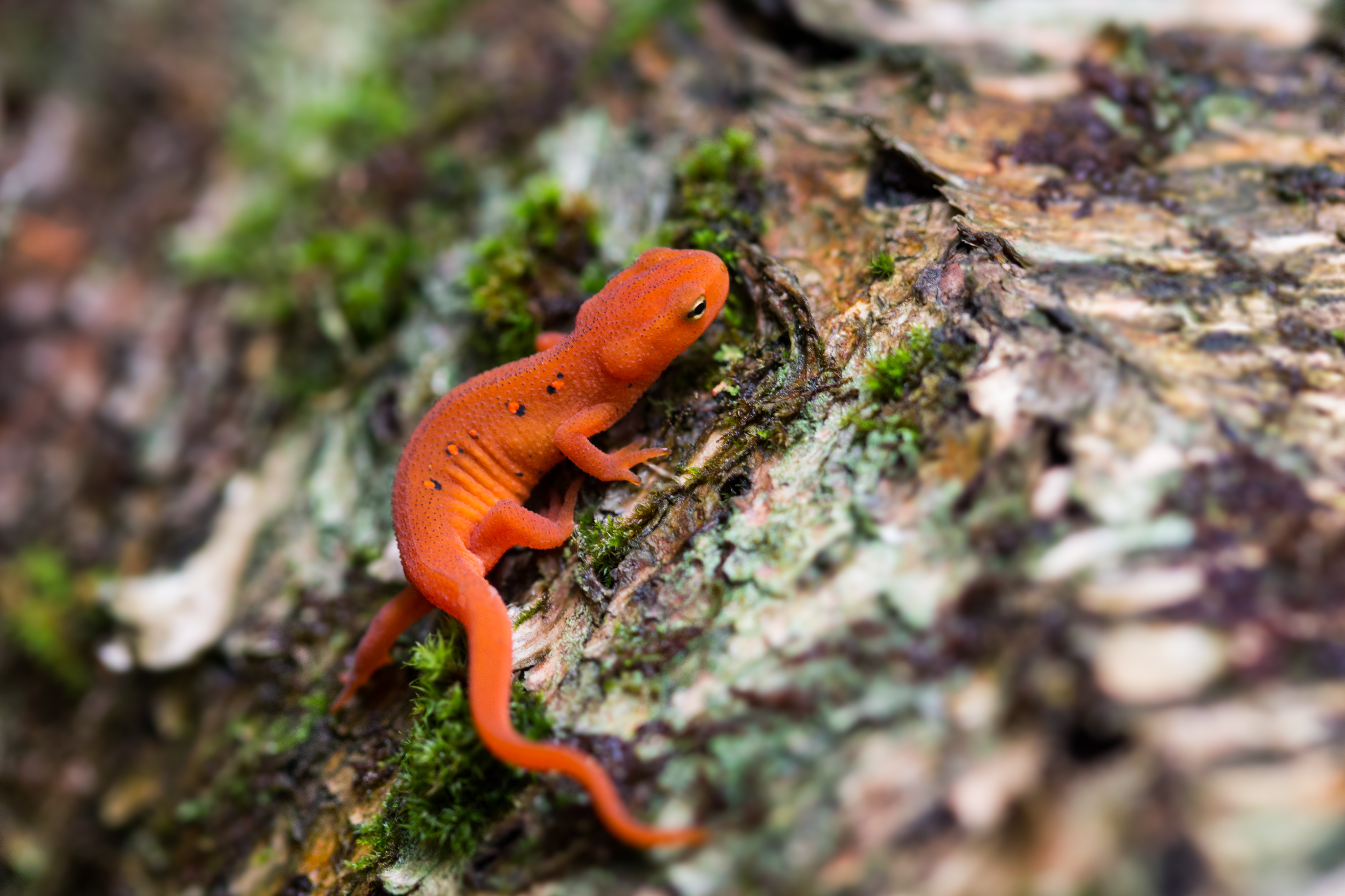