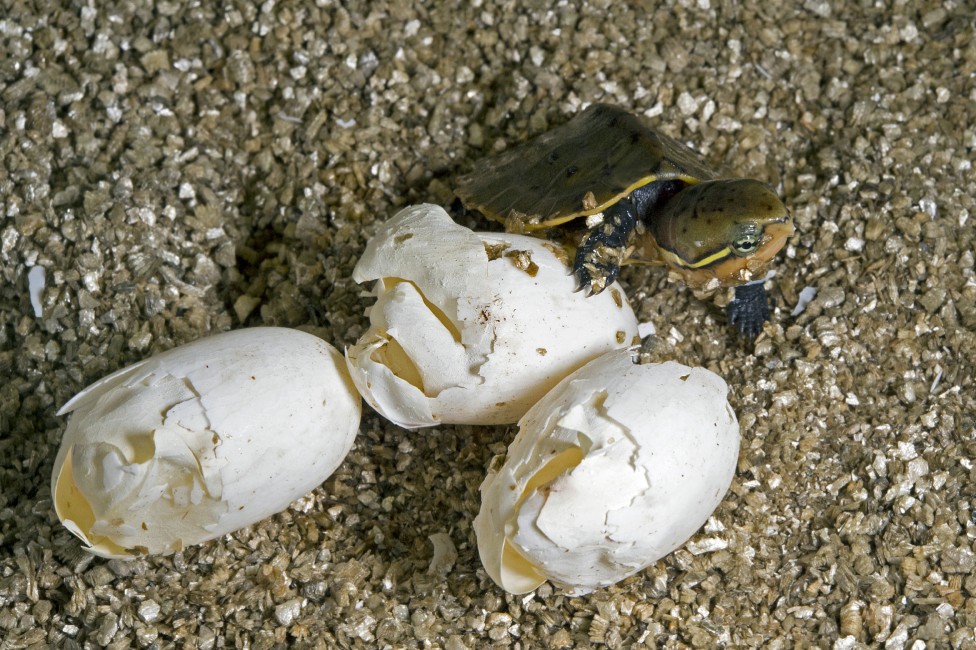 I see a shadow of movement for the first time inside the eggs.

That means the Chinese big-headed turtle hatchlings are active. That’s a good sign.

As time goes on, the veins become thicker and make their way further along the egg wall. The hatchlings have gotten so large that I can barely see inside the egg. The eggs begin to swell, and their shells fracture. It can’t be long now.

Then, we see that one of the eggs is pulsating ever so slightly. It’s barely discernible, but it appears a hatchling is pushing against the rounded end of the egg. I slowly drip water onto the egg – in the wild, freshwater turtles will often hatch out after it rains. We wait. Within an hour the first hatchling is out, and in the following five days, the remaining four turtles hatch.

Turtles and tortoises are in crisis around the world. The Wildlife Conservation Society and Prospect Park Zoo are doing their part to help. Our rare hatching of Chinese big-headed turtles is a first for a North American zoo. 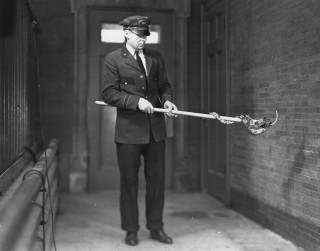 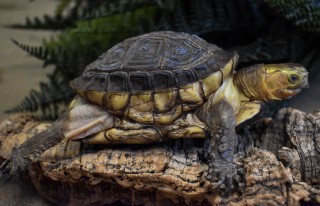 What’s in a Shell 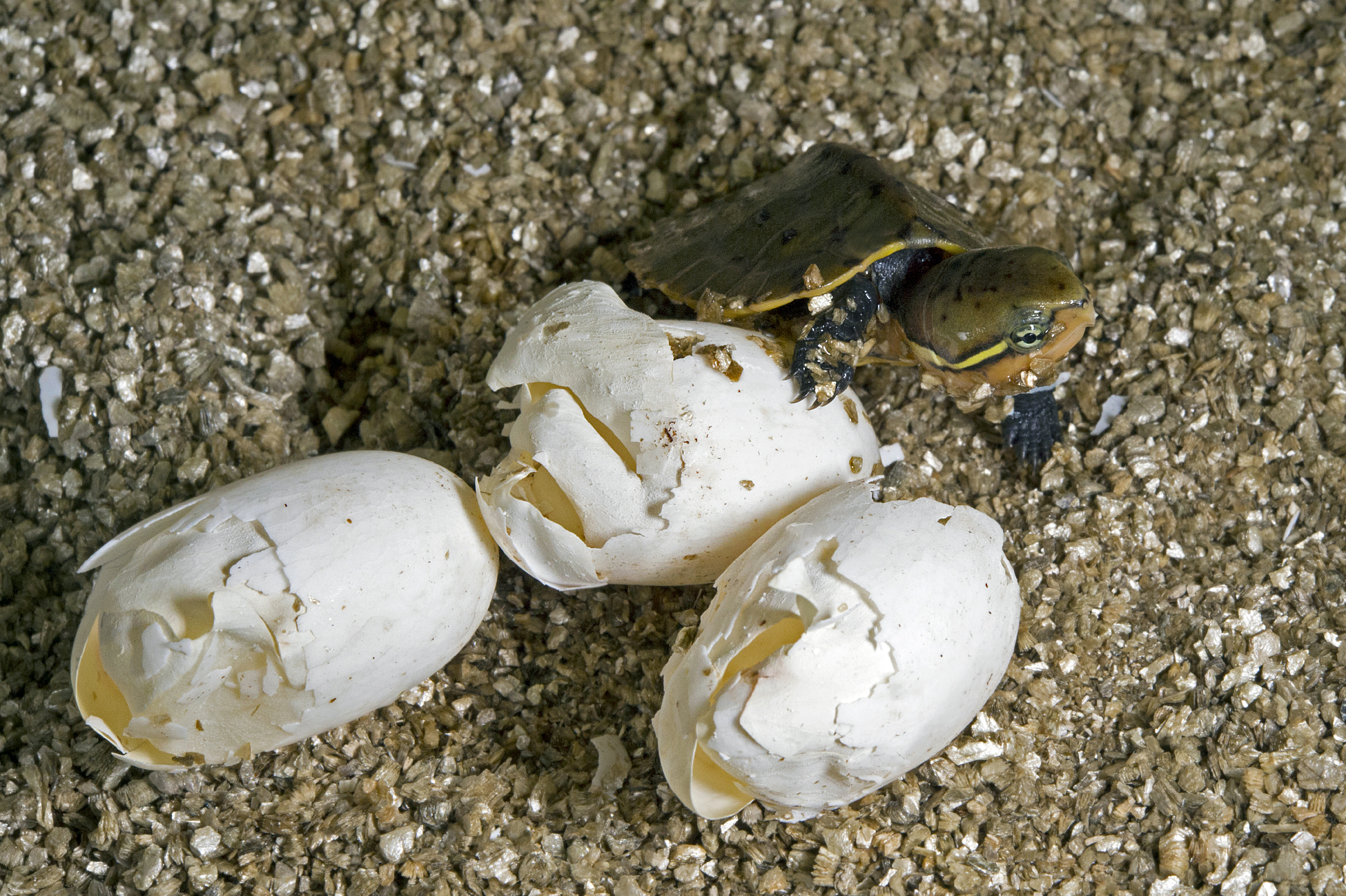