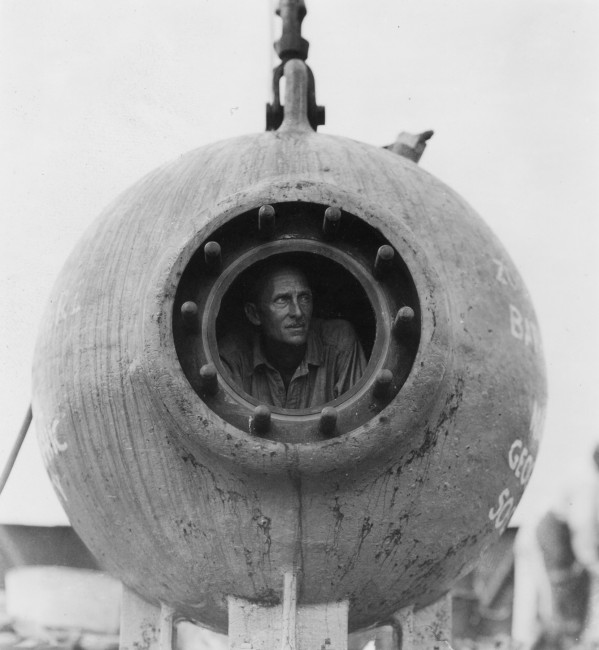 On August 15, 1934, eighty years ago today, famed Wildlife Conservation Society naturalist William Beebe set a record that captured the world’s attention: in a small, steel submersible called the Bathysphere, he descended 3,028 feet into the ocean’s depths. Actually, the plunge was one in a series of record-setting dives that Beebe, together with the Bathysphere’s engineer, Otis Barton, made off the coast of Bermuda beginning in 1930.

Beebe’s exploits as an explorer-naturalist had already made him a household name. The dives made him even more of a celebrity. But rather than the records he set, Beebe’s interests lay with investigating the deep sea and its inhabitants. While some scientists were trying to capture and identify as many marine creatures as possible, Beebe and his staff, known as the Department of Tropical Research, took on the unprecedented work of attempting to understand the lives of animals in the animals’ own particular underwater neighborhoods.

And these were strange neighborhoods, for sure! In a 1934 National Geographic article, Beebe likened the deep sea to outer space. “The only other place comparable to these marvelous nether regions must surely be naked space itself,” he wrote,  “out far beyond atmosphere, between the stars, where sunlight has no grip upon the dust and rubbish of planetary air, where the blackness of space, the shining planets, comets, suns, and stars must really be closely akin to the world of life as it appears to the eyes of an awed human being in the open ocean a half mile down.”

On this day, we celebrate William Beebe and his pioneering ecological studies of the deep sea. And if you’re in the New York area, be sure to visit WCS’s New York Aquarium, where you can see the actual Bathysphere itself, and, in a new art exhibition, Drawn from the Depths, some of the creatures that Beebe saw down below. This exhibition showcases illustrations by Else Bostelmann, a Department of Tropical Research artist who worked with Beebe to depict the strange and marvelous creatures he had observed.

Drawn from the Depths Gallery

Last night, on the deep dive’s 80th anniversary, I looked in the window of the bathysphere that Beebe and Barton shared on their expedition. A small space indeed for the big science that came from it. Worth a trip to the New York Aquarium to see it and the gallery of art that shows what its occupants saw when they looked out. 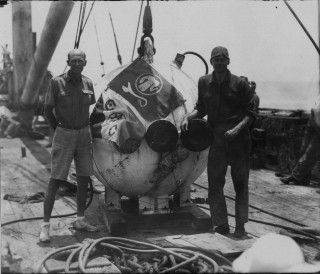 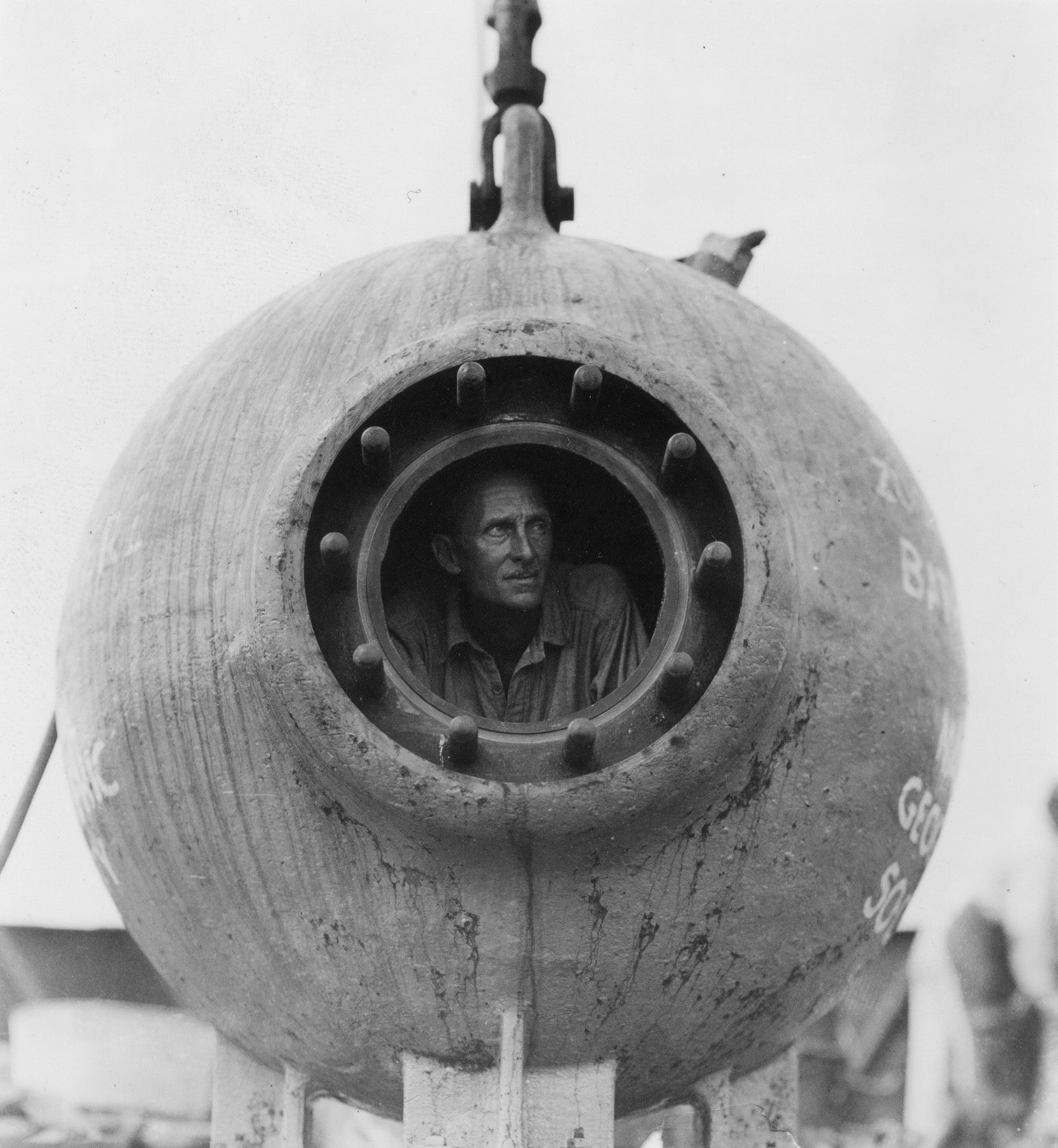