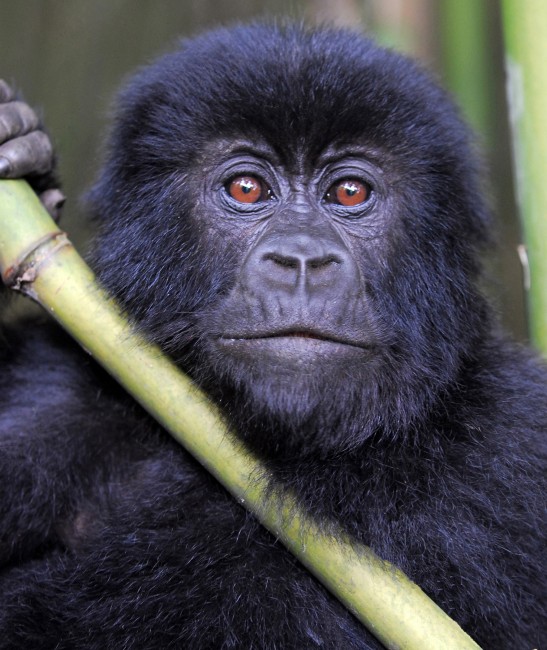 I photographed this young female mountain gorilla while she was taking a break from feasting on bamboo in Rwanda’s Volcanoes National Park.

Mountain gorillas forage on a variety of plant foods including stinging nettle leaves that they roll into neat little balls with remarkable dexterity. Bamboo is among their favorite nourishment, and social groups, like the one I encountered, can spend hours gnawing at the stems and roots. While in Rwanda, I heard stories from rangers of gorillas becoming inebriated after gorging on bamboo. The fibrous bamboo can ferment in their stomach producing alcohol.

Mountain gorillas are only found in the central African mountain ranges of Rwanda, Uganda, and the Democratic Republic of Congo. They live in social groups composed of one dominant silverback male, several females, and their offspring. Occasionally, there may be other non-dominant males in these groups. Males can also live alone or in smaller bachelor groups.

Since the early 1980s, the gorilla populations in the Volcanoes National Park have recovered from minimum numbers. However, poaching, habitat loss, disease, and human conflict still threaten these amazing animals. In Rwanda, the guided visits not only provide important funding for conservation efforts, they are also guaranteed to turn every visitor into a strong advocate for gorilla conservation.

Support animal rights causes from around the globe by signing petitions and letters!!! http://www.activistonthego.net/animal-protection 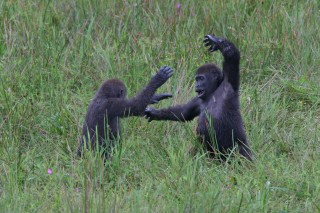 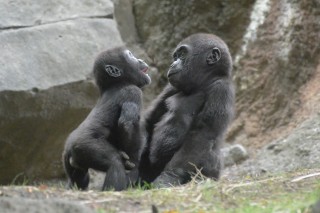 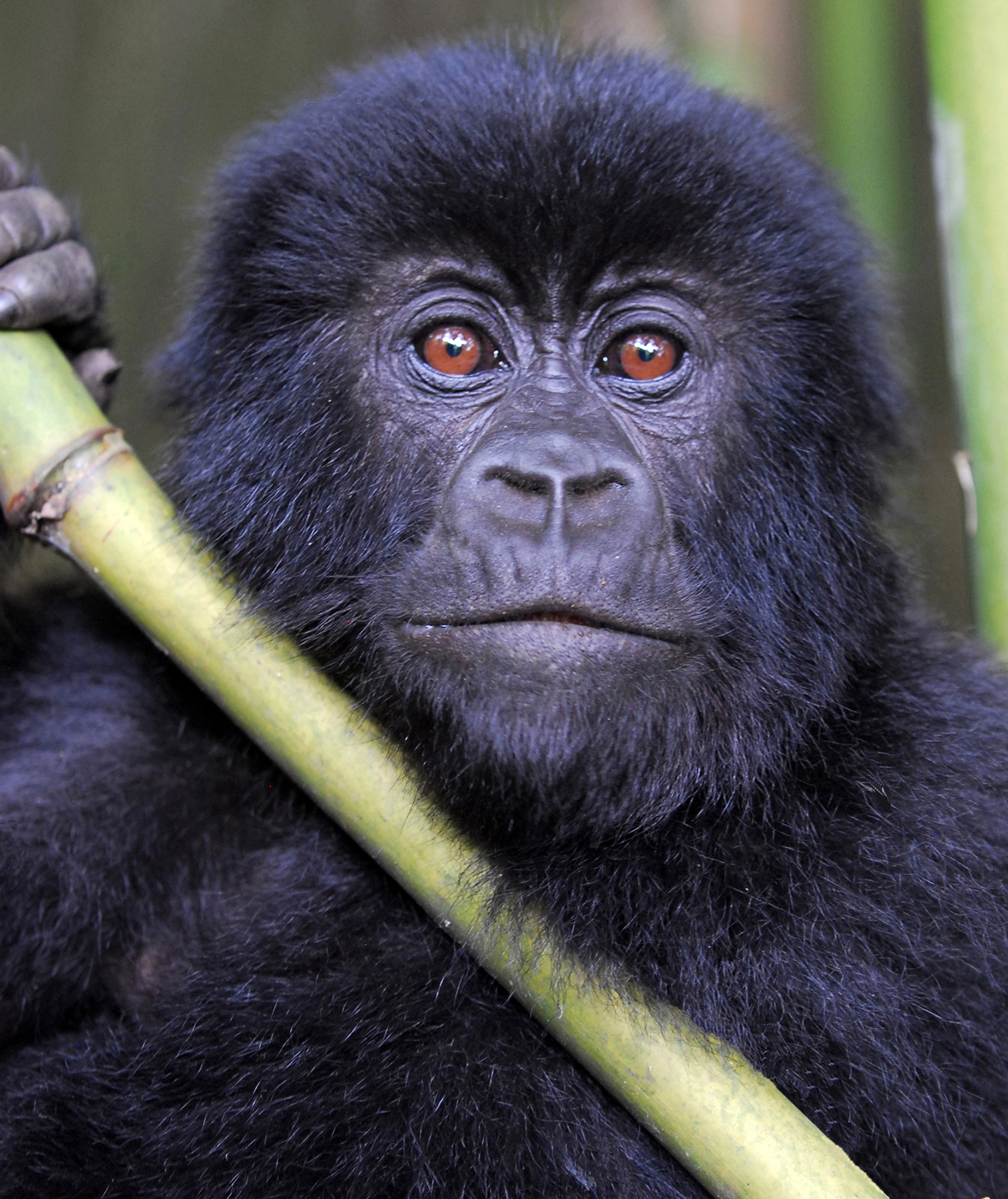