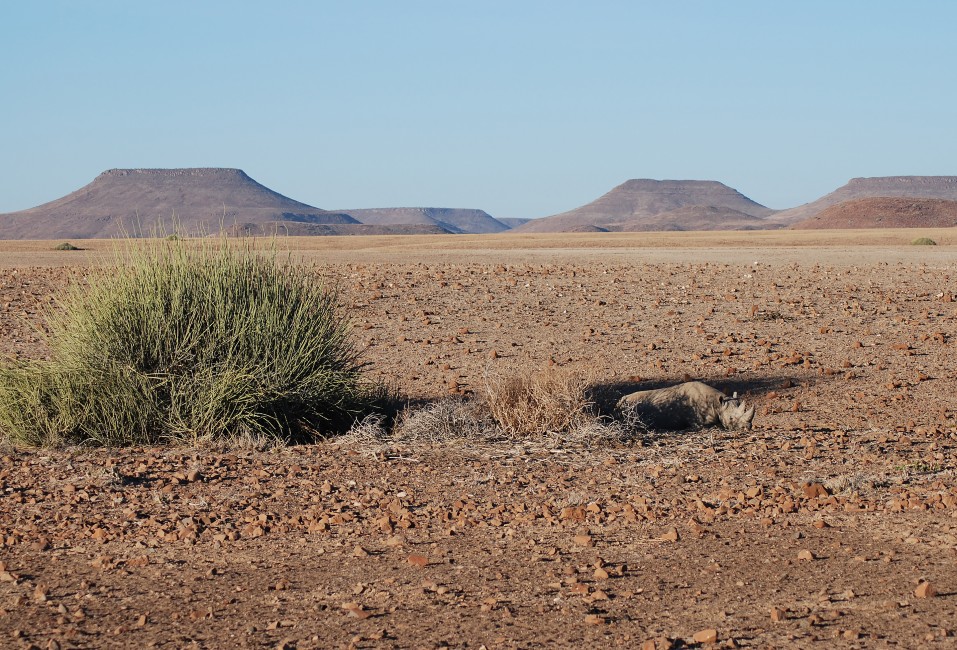 Large animals in the wild can be surprisingly difficult to spot. Many times, I’ve seen elephant or giraffe melt away into the surrounding bush land as if they were never there.

You wouldn’t think you’d have that problem in the desert—but I did. Damaraland, in the northwest of Namibia, is a rugged landscape with abundant sunshine and little vegetation to block the view. Despite what would seem like ideal animal viewing conditions, I almost missed a black rhino right in front of me.

Rhinos spend a lot of time sleeping in the heat of the day, and passing by a Damara milk bush (Euphorbia damarana), my eye failed to pick out the male rhino sleeping in the afternoon sun until I was almost past him.

In my peripheral vision, I thought he was a rock.

Looking closer, I realized it was one of the elusive desert black rhinos that I had specifically come to see. 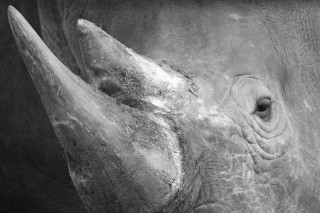 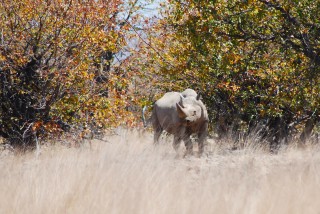 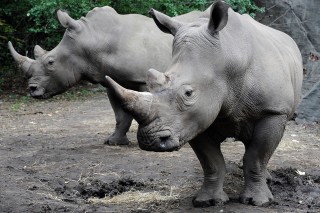 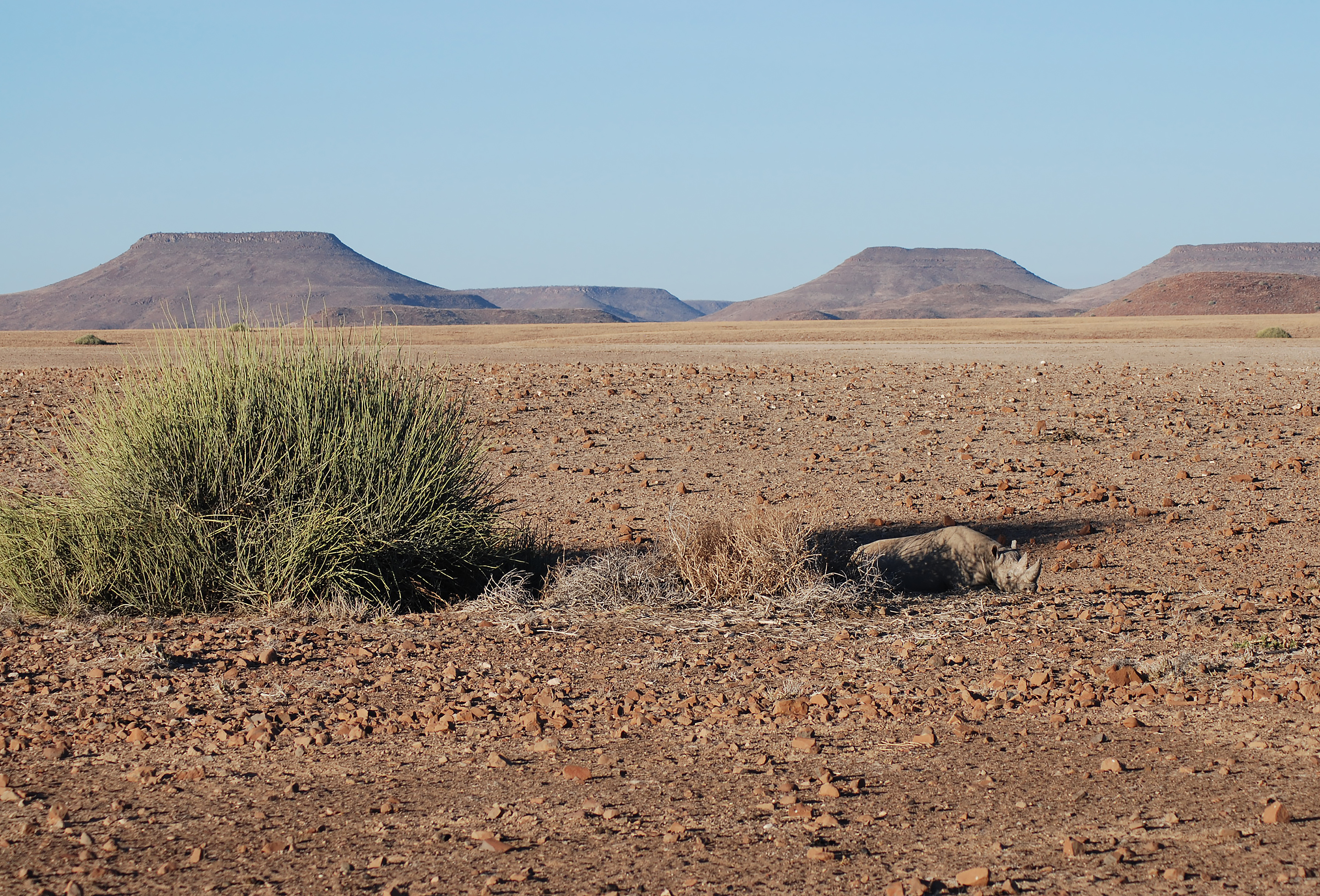