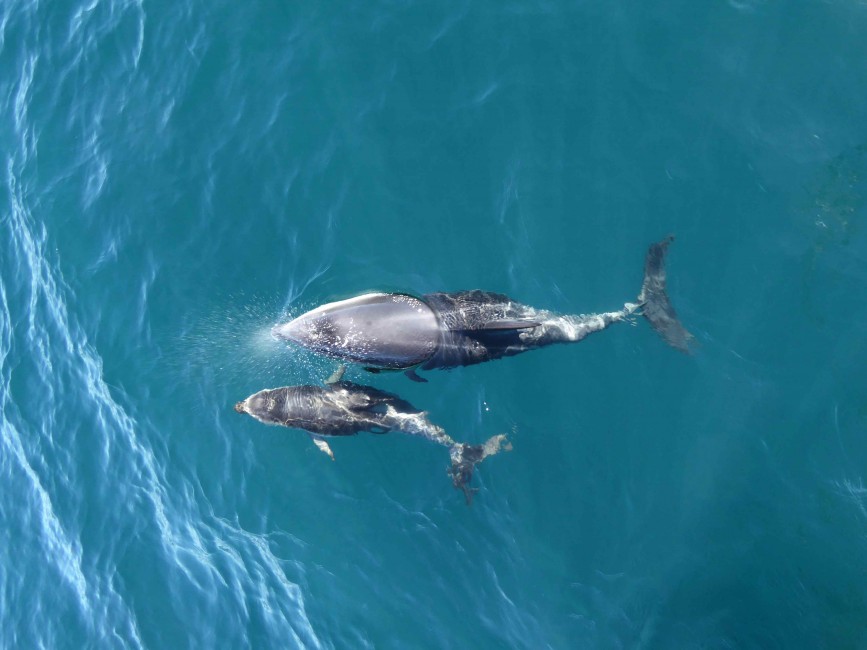 Two dusky dolphins in Golfo Nuevo near Puerto Madryn pose for a photograph.

Why are dolphins so beautiful?

We resonate positively to this mammal while fearing white sharks that are somewhat similar in looks. They are both a bundle of muscle streamlined to cut through the water. The clarity of the water makes them appear suspended in an icy liquid.

Dusky dolphins are observed frequently during the Patagonian summer (December through February.) The waters are more productive and many females have calves at their sides. This mother surfaces to breath while her calf remains underwater. 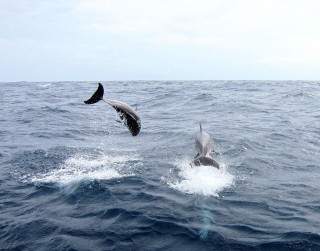 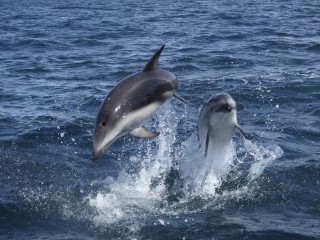 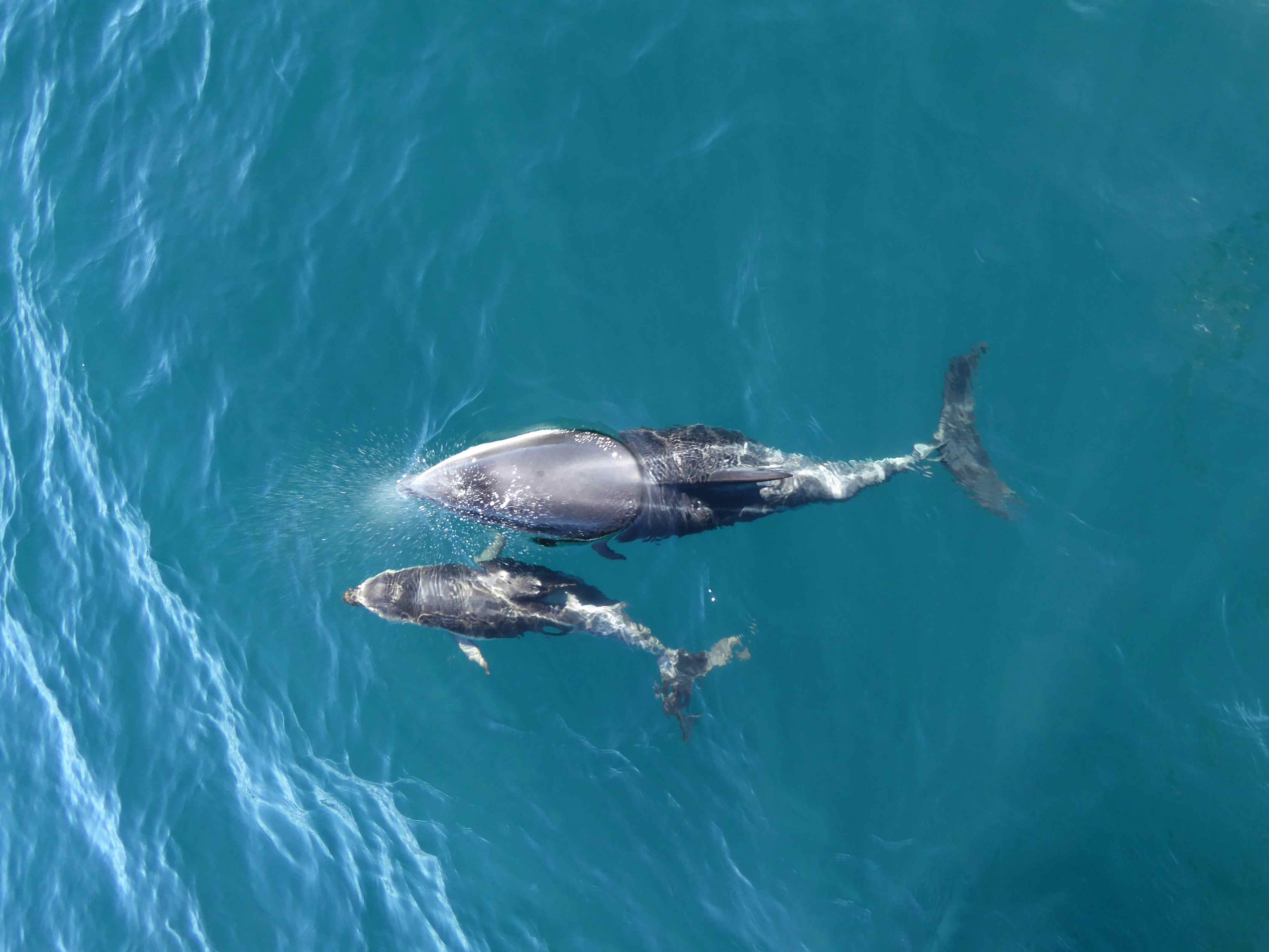