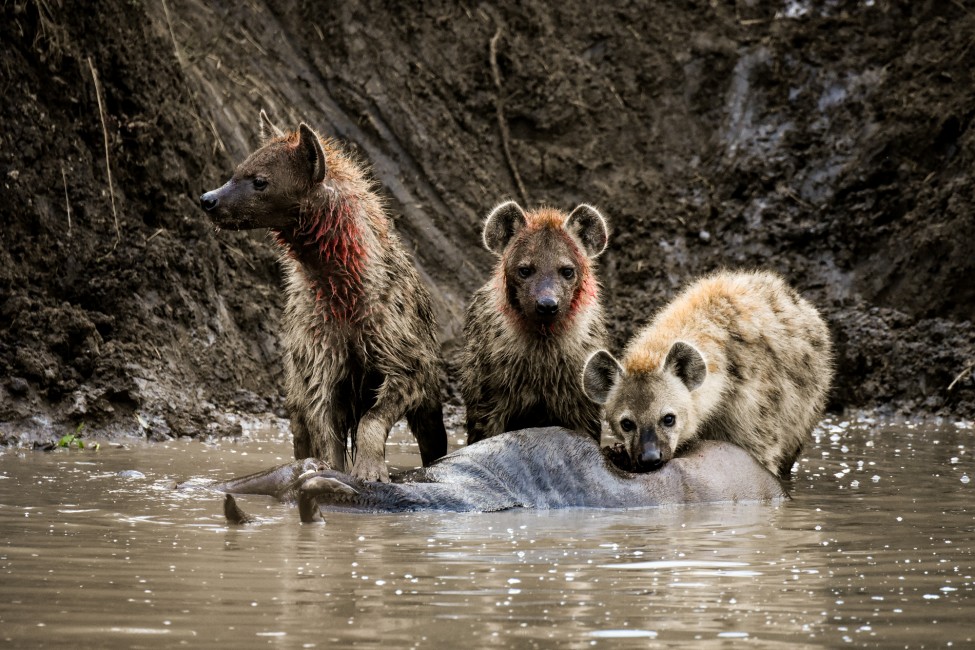 In August 2015, my family and I took a photo safari to the Masai Mara in Kenya. On one of our morning game drives, we came upon a water hole where hyenas were eating a wildebeest that they may have scavenged or hunted on their own. Guides drove us in a Land Cruiser to see the wildlife, and typically, predator animals weren’t threatened if we kept a respectful distance from them. We were about 60 feet away when I took this photo.

Before traveling to Africa, I depicted hyenas as mean creatures, but after spending some time observing them, I have grown to like these impressive animals and understand that they play a vital role in the ecosystem. Although hyenas are skillful hunters, they are also scavengers. Hyenas are the clean-up crew of the savanna. Powerful jaws and a tough digestive tract allow them to eat skin and bones, and obtain nutrients from them. Hyenas also help manage herd animal populations, which prevents overgrazing.

All wildlife has a role in the balance of nature, and everything is interconnected. With habitat loss and other issues affecting Africa’s animals, it is important to protect them, including hyenas. 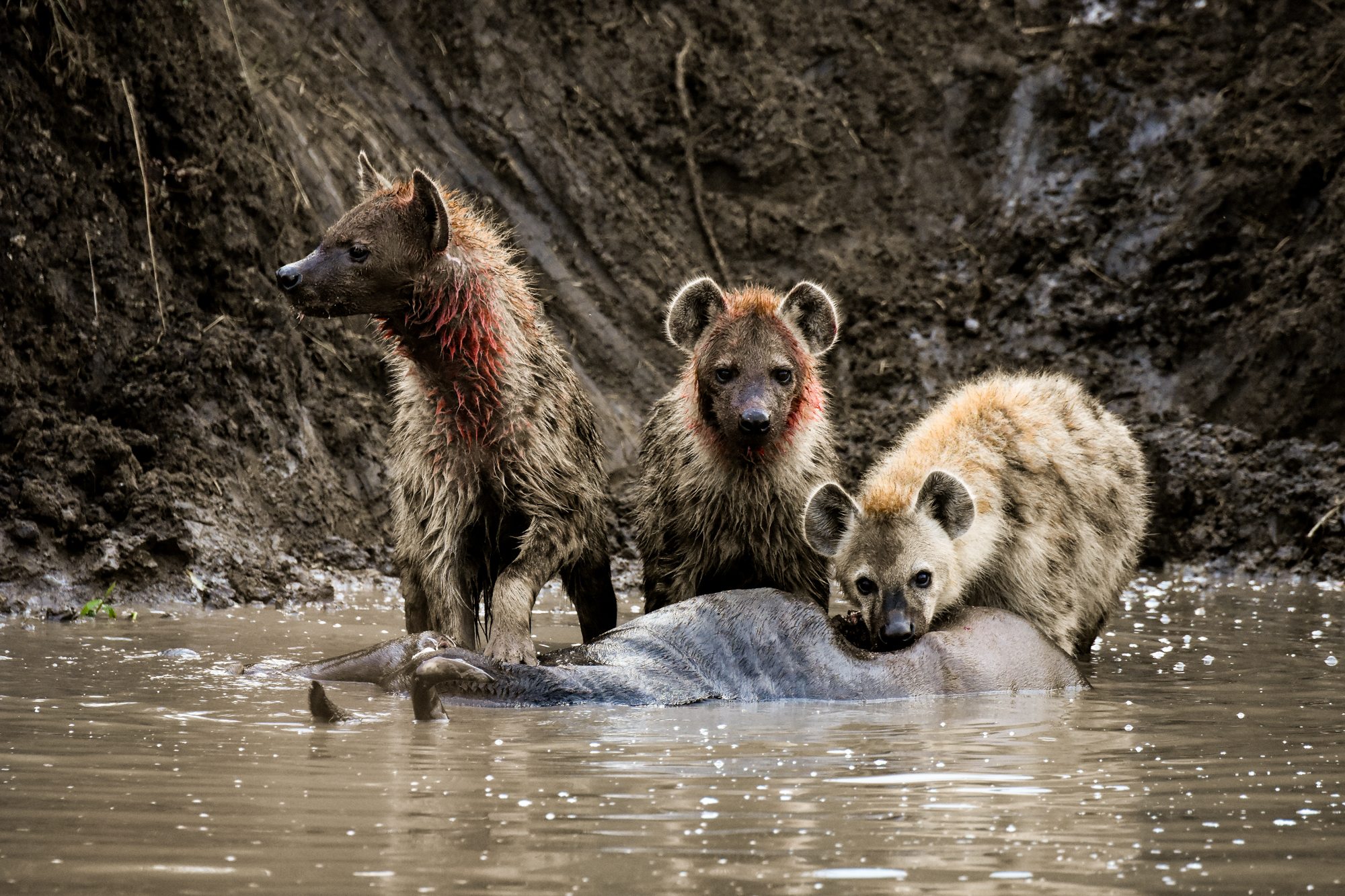