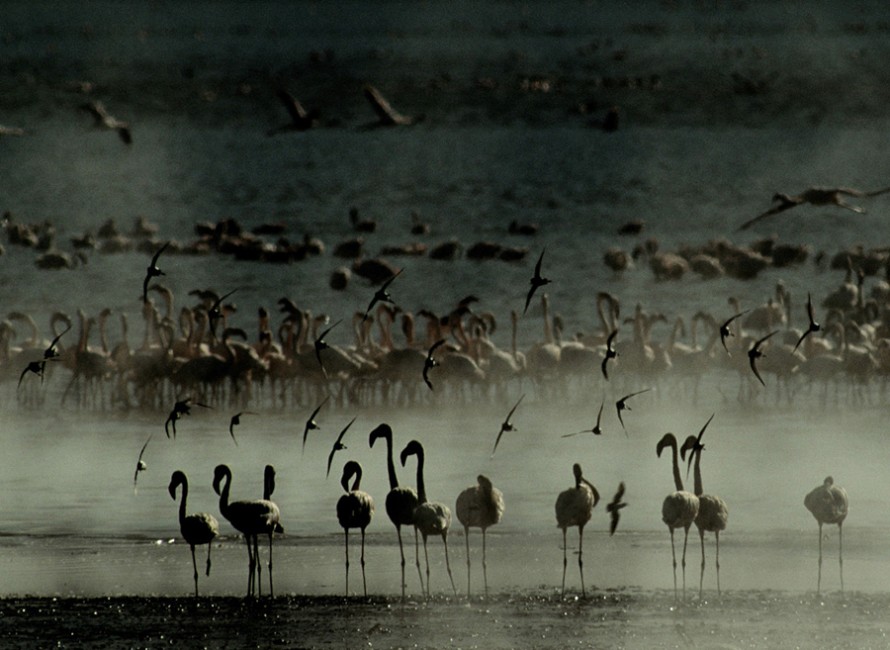 Flamingos and Sandpipers at Dawn

Weak sunlight trickled over the 2,000 foot Ngendel Escarpment of Kenya’s Lake Bogoria upon hundreds of thousands of lesser flamingos (Phoeniconaias minor) congregated to filter salt-loving cyanobacteria from the lake’s saline waters. Scalding geysers panted clouds of mist into the cool air along its muddy shores. The hazy light revealed eleven flamingos standing nearby in awkward elegance separate from the thousands in the dark waters and noisy assembly behind them. A flock of ruf sandpipers (Philomachus pugnax) suddenly took flight at their feet. I clicked.

Gregarious, far flying, the rufs would soon head for the marshes of northern Europe where they nest after wintering in Africa.

Arriving at first light, my colleague and I had crept as close to the lakeshore as geysers and bird approval allowed.

It was a powerfully affecting scene.

Sandgrouse have small, pigeon like heads and necks, but sturdy compact bodies. They have long pointed wings and sometimes tails and a fast direct flight. Flocks fly to watering holes at dawn and dusk. Their legs are feathered down to the toes. There are 16 species worldwide and 3 species which occur in Nepal. 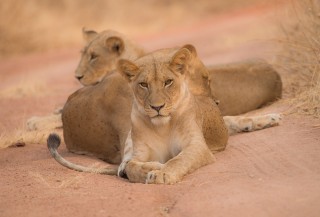 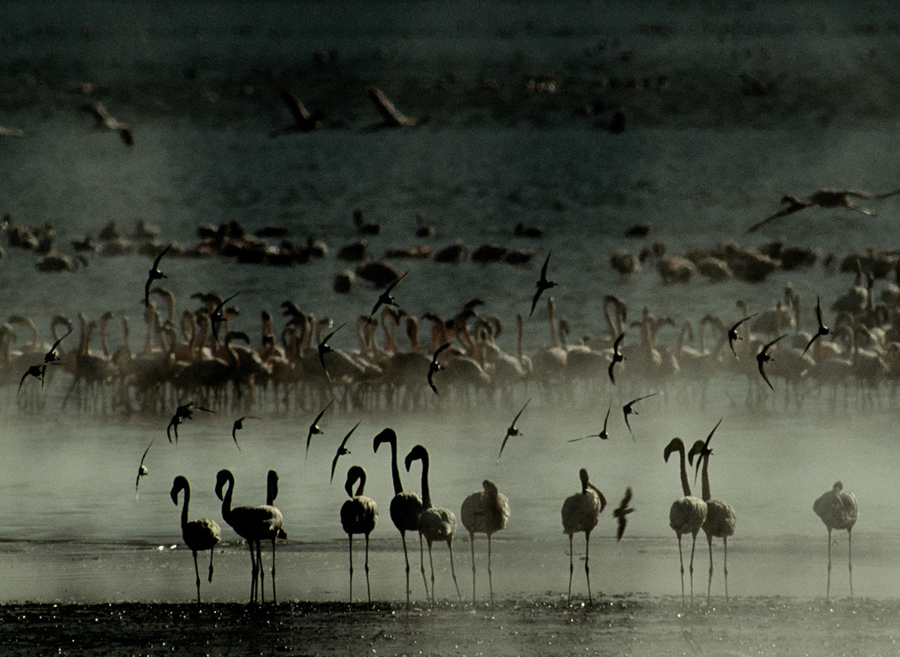