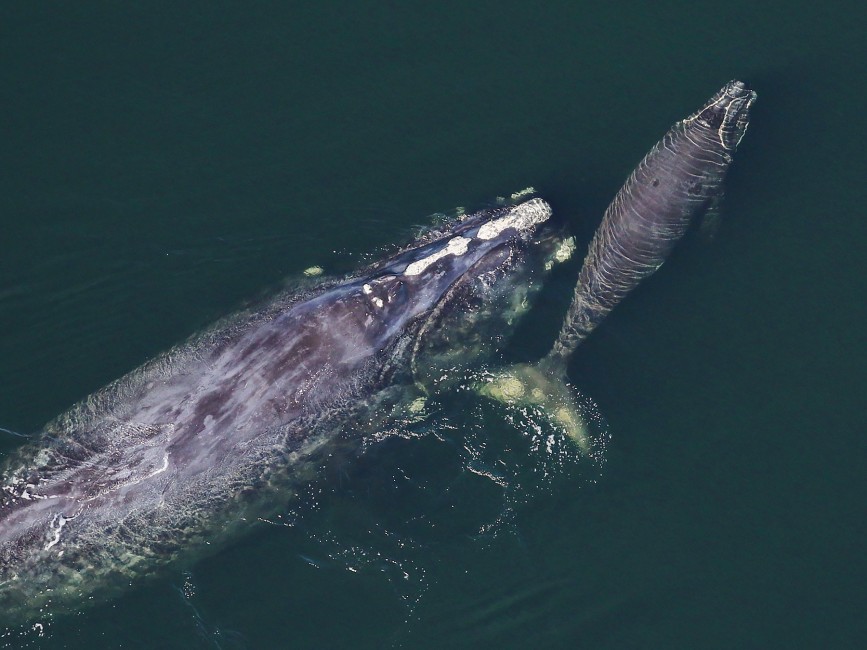 North Atlantic right whales are among the most endangered large whales.

According to the National Oceanic and Atmospheric Administration, only about 450 of these whales remain in the seascape along the Atlantic coast of the United States and Canada. Nearly driven to extinction by historical and commercial whaling several centuries ago, North Atlantic right whale numbers are sliding again due to a combination of mortality caused by humans and a recent slump in calving.

Clay George, a wildlife biologist for the Georgia Department of Natural Resources, coordinates their marine mammal program. He is part of a scientific team that conducts surveys from aircraft and small boats to gather information on North Atlantic right whales. The rare photo (above) was taken a little over two years ago.

“Right whale calves just look so small juxtaposed against the enormity of their nearly 70 ton mothers in the vast sea – even though they already weigh one to two tons the day they are born,” says George.

North Atlantic right whales have likely been calving off the shores of Georgia and Florida for many years, yet the existence of their calving grounds in this area remained unknown to science until the 1980s. And the number of whale births has varied, from a record 39 calves spotted in 2009, to only one calf in 2000.

But since 2010, the number of calves has been ticking downward. With much of the 2017-2018 calving season complete, not a single right whale calf has been spotted. If the drought continues, this will be the first year with no calves since aerial surveys began in the southeast US in the 1980s.

“We suspect calving rates fluctuate over time in response to good and bad foraging periods. This isn’t necessarily a problem if the right whales live their full lifespan of 50 years or more,” says George. “But today, there are fewer than 100 calving females, and they’re dying younger because of ship strikes and entanglement in fishing gear. Female survival and calving rates need to increase soon, or right whales could be on the track toward extinction.”

EDITOR’S NOTE: The Georgia Department of Natural Resources works closely with the Florida Fish and Wildlife Conservation Commission, National Ocean and Atmospheric Administration, Sea to Shore Alliance, and other partners to monitor right whales, respond to injured, entangled and dead whales, collect genetic samples for research, and protect right whale habitat in the southeast US. This post is the first in a series on the these endangered whales. 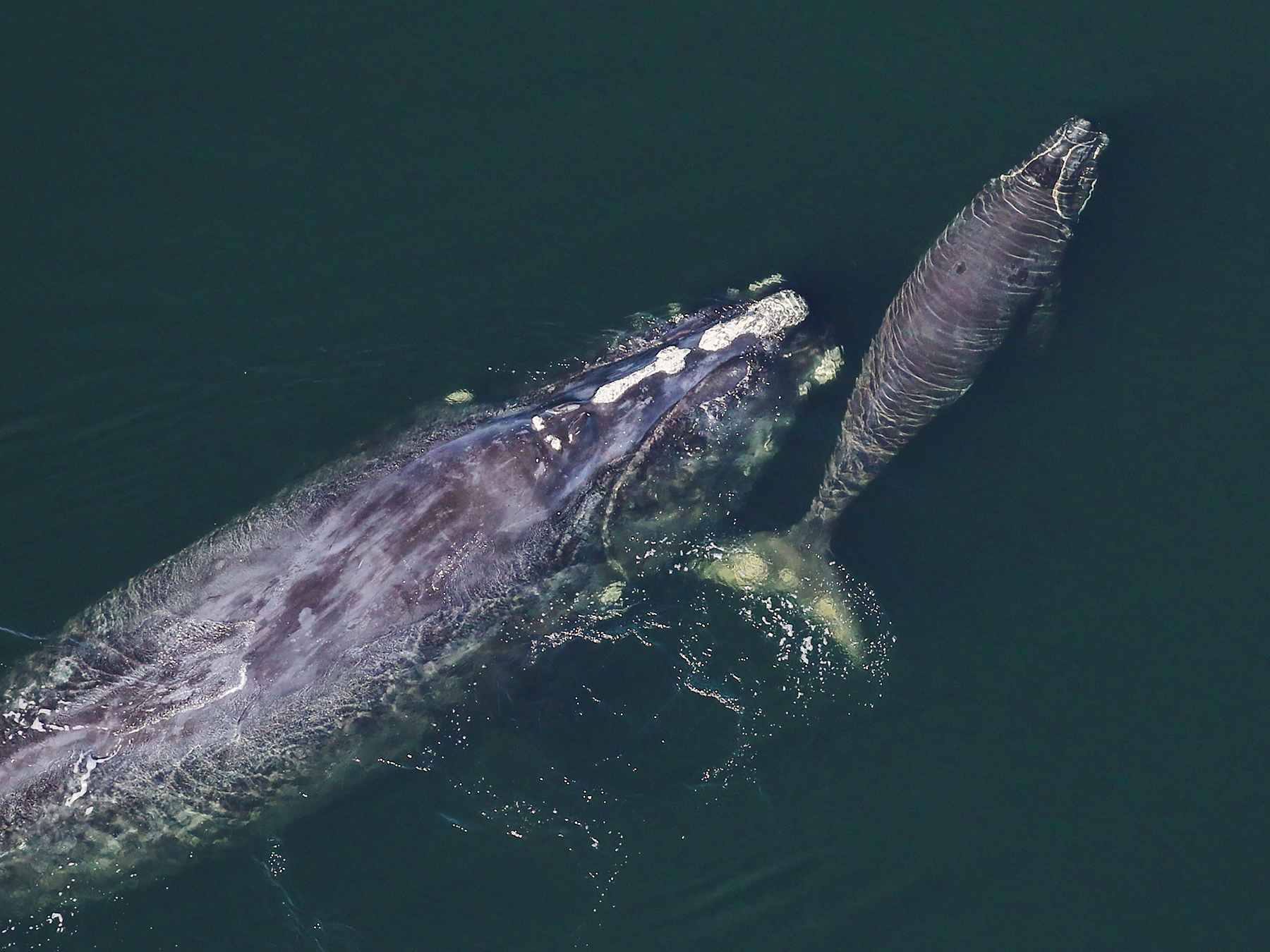